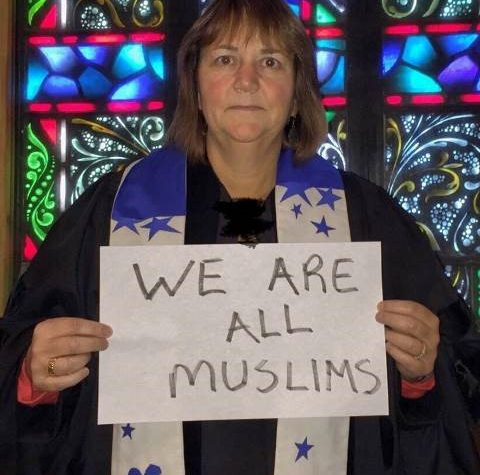 Very few realize that the modern “social justice” movement has its roots centuries ago, in the French Revolution or The Enlightenment™ and The Renaissance™ before it. The idea is simple: do not focus on external order (society, God/gods, nature, logic) but instead look at the individual and its desires.

This came to a demi-peak in the “Me Generation,” otherwise known as the [expletive deleted] Baby Boomers, who insisted that only what flattered them as individuals was true, and they would act on that, and ignore the rest of reality. This of course causes isolation and paranoia because most of the world is filtered out, and so random events can occur without being anticipated, at any time.

But the Leftists got their hooks into the West after the 1960s, brought on mainly by how boring and corporate the 1950s were, causing anyone with spirit to revolt against our commercialized, democratized, and simplified mass culture. Unfortunately, as is almost always the case, the Revolution was a case of the cure being worse than the disease, as often happens.

And so for Generation X and others, we grew up in a time where adults insisted on what obviously was not true and denied what obviously was. Even to a child, this signals hopelessness: your civilization has opted to commit suicide, rather than looking deeply enough to see its actual problems, even though those are not that complicated. We were abandoned children.

The generation after us, the Millennials, they grew up believing the lies because they had never seen anything different. They never knew a time when people were honest, had culture, and managed to stay married without divorce or stay in love without a bribe. They had never seen pre-multicultural America, a place of trust and easy normal socialization, and were entirely lost and thus dependent on what their 1960s-style instructors told them.

Eventually, these cordycepted toxoplasma zombies gained enough power to elect a president, and then they assumed Utopia was near; it turned out that all their ideas failed, and so instead, we entered dystopia. But before that became apparent, because most people are incapable of analysis or thought beyond one level deep, we would see “peak Leftism” or “peak SJW” as the long tail whipped around. Witness the genius of obesity as a human right:

Following online backlash, Google is removing a planned feature in Maps that shows you how many calories you’d burn when in walking mode. Google’s attempt to promote a healthy lifestyle caused a number of people to lambast the feature on Twitter, claiming it would “shame” and even “trigger” those with eating disorders. Engadget reports:

Taking note of the negative reaction, Google is now dumping the experiment. It confirmed to Engadget that the update was briefly tested on iOS, and has been abandoned based on user feedback. As The Hill’s Taylor Lorenz noted in her tweets, there was no way to turn off the feature. Lorenz also claimed that using pink cupcakes as the unit of measurement was “lowkey aimed at women.” Others pointed out that Maps wasn’t the appropriate place for the update. After all, there are plenty of fitness and calorie counting apps that keep track of your activity and consumption — again emphasizing how misplaced the feature was.

The point of equality, although egalitarians will not tell you this, is to save the individual from being judged wrong for their opinions. Each of us tries to understand the world, and acts on our mental image of it, and when we screw up, it means that we were too neurotic, delusional, dysfunctional or otherwise less-than-superior to handle that simple task. Sneers and scorn rise like locusts from a field of dead corn.

As a result, egalitarians try a simple formula, which might be said to be “good = bad” or at least that good and bad are arbitrary, relativistic and irrelevant, so we might as well approve of everyone at the same social level. Their great fear is losing social position by being inept, and so they have banished judgment for ineptitude, at least in the public forums where it once kept our leaders competent.

We can extend this to any choice by the individual. No one should lose social status, or be punished, or be made to feel bad, for any choice. Being obese, on drugs, metrosexual, incompetent or anything else is just an arbitrary choice, you see, because everything is relative. It is not that we have a purpose, or a world to which we can objectively derive adaptive strategies, but a question of what the individual wants.

If you wanted greater proof that egalitarianism is individualism, and collectivism is merely a shield for the individual to use others to advance his own agenda, it cannot be found than in this great panic over criticism of obesity. Not even criticism; Google simply wanted to help us all stay fit. Maybe now they are reconsidering the monster they have been supporting.