We Need The Penta Gone

by Jonathan Peter Wilkinson on January 7, 2020 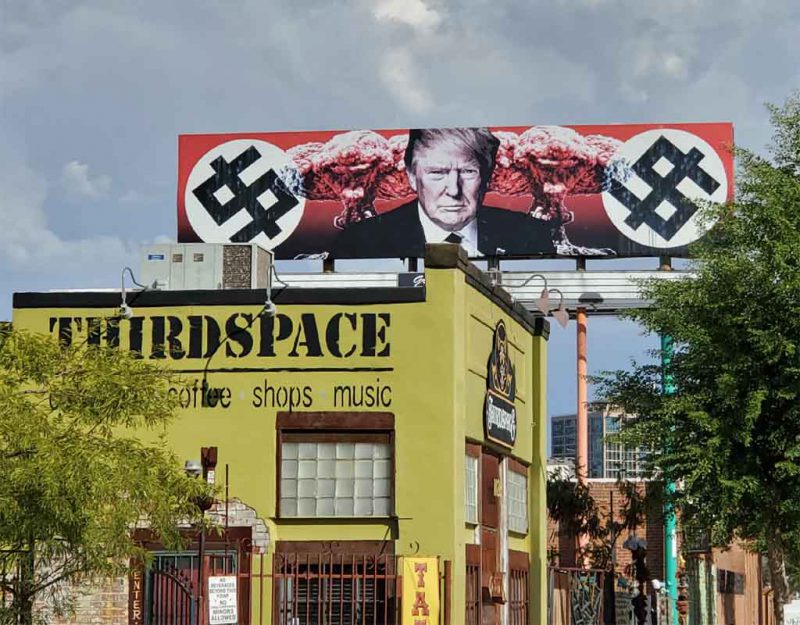 Military staff officers and their civilian bureaucratic counterparts have a legitimate reason to exist. They are hired to make the vast and complicated apparatus of the United States military understandable to a leader from a civilian background who has to make real-time decisions involving lives and vast fortunes. My patience with their continued existence assumes that they don’t presume too much and use that existential purpose to grind personal axes. This assumption just got violated with regards to the assassination of Iranian Supreme Poobah of Terrorists, General Soleimani. Therefore, Sam’s Military would probably do better if the Pentagon were bulldozed into the swamplands surrounding Arlington as a real estate reclamation project of some sort.

A general staff exists to inform a commander’s decision-making. It serves to solve the information problems that limit the ability of military leaders to make rational and intelligent decisions. It doesn’t exist to make those decisions for the person in charge. During rare and glorious periods of ethical behavior, they cut through the fog of war with the brightest headlamp possible and provide that commander with the most rational set of alternatives possible to meet that leader’s intent. Their job is to offer up intelligent routes to get form where things are to where that leader would like them to go.

But no. In inverted Amerika, course of action apparently chooses you. That, or the analysts are a pack of over-credentialed, sniggering fvck-knobs who have no respect for their chain of command and would rather play games of ORSA-Risk with human hamburger meat instead. At least that is the picture that we get from reading The Cathedral’s Propaganda Sheet of Record, (((The Gnu Yawk Times))).

In the chaotic days leading to the death of Maj. Gen. Qassim Suleimani, Iran’s most powerful commander, top American military officials put the option of killing him — which they viewed as the most extreme response to recent Iranian-led violence in Iraq — on the menu they presented to President Trump. They didn’t think he would take it. In the wars waged since the Sept. 11, 2001, attacks, Pentagon officials have often offered improbable options to presidents to make other possibilities appear more palatable.
After initially rejecting the Suleimani option on Dec. 28 and authorizing airstrikes on an Iranian-backed Shiite militia group instead, a few days later Mr. Trump watched, fuming, as television reports showed Iranian-backed attacks on the American Embassy in Baghdad, according to Defense Department and administration officials. By late Thursday, the president had gone for the extreme option. Top Pentagon officials were stunned.

Now keep in mind that a general staff consists of military experts who are relied upon to lay fair and impartial options out for a commander. There should be no such thing as an extreme response when people live or die in accordance with the decision taken. When someone deliberately games their role and intentionally puts stupid options in front of leaders who have never worn a military uniform, it’s amazing how badly things can turn out. The response is either rational and in reasonable accordance with an established goal, or it doesn’t go on the table from Jump Street.

Most organizations that are too large to be comprehensible get around their information problems stemming from complexity using some heuristic. For the US Military, this is a decision-making model where goals are established, information is fed in, courses of action are devised and then measured against ethical, moral and realistic constraints. The end result is supposed to be an informed decision that moves towards the objective. And that also hopefully comes as close as an organization with a few thousand nuclear warheads can get to fulfilling The Hippocratic Oath.

So this entire decision-making model that supposedly tempers and improves the mental comment flowing through the USSA’s national military strategy is essentially a heuristic algorithm. It works sort of like a computer program. It follows the fundamental rule of computing – Garbage In, Garbage Out. Obviously, our highly educated cadre of top-flight, jet fuel genius elites would assume this was a sacred trust and only provide the best and most accurate data to our Nation’s Commander in Chief.

But no, they decided to play mental games instead. They put what the NYT reports/imagines were bull-faeces “extreme options” on the table to channelize Bad Orange Man into choosing what (((The Establishment))) wanted instead. At this point, if this is what our illustrious military leadership within the Five-Sided Demon Pentagram purposely perpetrated, then a good monarch would be encouraging the commoners to play futbol with the severed heads of these effete moronic bureaucrats. Putting dishonest options into a decision-making heuristic is cynical sabotage no less fraudulent than obtaining FISA Court warrants through a rigged, political justice system.

We regrettably live under a democracy instead, so nothing worse than will befall these criminals than an early deployment of the gilded golden parachute. They’ll just have to write their totally fascinating memoirs to make the rest of their ill-gotten swag. It’s really sad. Our leadership will shed their crocodile tears from altitude and distance as another Amerikan war of stupidity and attrition will crank up and go bang in the God-accursed middle east. Those who fail the lessons of history are doomed to be promoted to three-star general in Amerika’s hollow joke of a military.