We Live On A Planet Of Liars 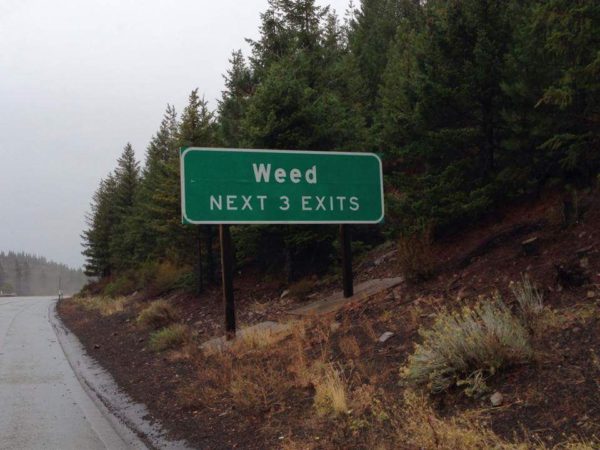 Humanity is consistent in one thing: most people are degenerate liars, and in groups, people give in to the lowest common denominator, which is degenerate lying.

We have one real industry, which is the production of excuses, justifications, rationalizations and scapegoats to help us avoid the obvious conclusion that all human problems are caused by the dishonesty of individuals and the panicked impulse control problems of the herd.

People will flock to any explanation other than what is real simply because they do not want to face the really difficult question in human society, which is how we deal with the fact that most of us are essentially “talking monkeys with car keys” who lack impulse control.

This is why we have spent centuries chasing after the perfect political System, through endless war and millions of miles of ink spilled on laws and regulations. We have whole industries trying to explain away our failings. They all use the same mechanism:

“It’s not you, it’s your circumstances.”

In their view, it is not individual humans making bad decisions that causes our problems, but a long list of excuses: we have the wrong System; we need more laws; the Russians did it; the Rich did it; we do not have enough wealth; we were victims of something, so whatever we do is its fault. All of these amount to clever monkeys thinking up excuses that they can use as pretexts for bad behavior.

Here, for example, is stupidity in action from the bigoted legacy academia:

We citizens of a modern democracy claim to believe in equality, but our sense of equality is not even close that of hunter-gatherers. The hunter-gatherer version of equality meant that each person was equally entitled to food, regardless of his or her ability to find or capture it; so food was shared. It meant that nobody had more wealth than anyone else; so all material goods were shared. It meant that nobody had the right to tell others what to do; so each person made his or her own decisions. It meant that even parents didn’t have the right to order their children around; hence the non-directive childrearing methods that I have discussed in previous posts. It meant that group decisions had to be made by consensus; hence no boss, “big man,” or chief.

If just one anthropologist had reported all this, we might assume that he or she was a starry-eyed romantic who was seeing things that weren’t really there, or was a liar. But many anthropologists, of all political stripes, regarding many different hunter-gatherer cultures, have told the same general story. There are some variations from culture to culture, of course, and not all of the cultures are quite as peaceful and fully egalitarian as others, but the generalities are the same. One anthropologist after another has been amazed by the degree of equality, individual autonomy, indulgent treatment of children, cooperation, and sharing in the hunter-gatherer culture that he or she studied. When you read about “warlike primitive tribes,” or about indigenous people who held slaves, or about tribal cultures with gross inequalities between men and women, you are not reading about band hunter-gatherers.

If you were born yesterday, or merely in the mid-1990s, the above might sound convincing. The rest of us have heard this claptrap from the legacy academia since the 1970s. It translates to this:

You can note the lies inherent in the above quoted article by a few angles that are so obvious that they are boldly concealed:

The primitivist argument, advanced most convincingly by John Zerzan, is popular because it blames something other than humanity for the problems of humanity. Like blaming The Rich, The Jews, The Elites, etc. it transfers culpability from the everyday behavior of people to a symbolic object and assumes that by banishing that, we are left with only “the good” in ourselves.

In reality, the exact opposite is true. Bad rich people are created by thoughtless idiots buying scammy products. The problem of Judaism is created by proles disabling kings so that immigration could occur. The Elites are formed of our thoughtless voting, buying and social notions as a group.

People have been fooled by this because it allows us to blame external problems for our collapse, which makes it seem that collapse will be external, which is a lot faster and easier to deal with than civilizational collapse, which occurs through cultural, political and genetic forces and is extremely difficult to counteract through any method that can be communicated by convincing others.

As always, politics dooms us. People want easy answers, and reject hard solutions. This means that they race after Marxist daydreams or totalitarian wet-dreams (or both) and miss the point: we are an unpunished herd, and we need our best people with absolute power, cracking the whip, while setting up a social order based on caste so every decision is made by personally-accountable, publicly-shameable intelligent people instead of an anonymous mob of people with zero responsibility or accountability.

This is why Amerika advocates the four pillars. Until we have those, we do not have civilization, and will be ruled by a succession of incompetent demagogues, religious fanatics, profiteer-parasites, lunatic New Agers and racial scapegoat-mongers of various stripes.

Leftism itself may be seen as a rationalization of decline in order to avoid pointing the finger at the failure of Systems, or rules designed to make the mob behave, because of the inherent attributes of a mob. We either have kings and social roles, or a mob, and the last five hundred years of history have shown us conclusively that mob rule does not work.

So, let us look at reality. Hunter-gatherers live miserable lives. Efficiency is found when you have big estates ruled by noble families in which all the people under 130 IQ points are told what to do, and no one cares about what they think outside of their specific domains. That model works and we know it does because it provided many centuries of positive living, and build the basis of our technology and advanced culture and institutions.

Nothing we have done since has been anywhere near as good, but our pretense will not allow us to admit that, because to admit that is to recognize that we, as individuals, are not kings, and that we need to be managed because we are barely in control of ourselves. Jordan Peterson points this out in a telling passage in a recent interview:

Skeptical neutrality is “you’re a bucket of snakes, just like me. However, if you’re willing to abide by your word, and I’m willing to abide by my word, then we’re able to engage in mutually beneficial interactions, so that’s what we’re going to do”. The reason I said courageous trust is to distinguish it from naiveté. Naive people think that everybody’s good. That’s false, everybody’s not good. But acting in a manner that’s hostile and sceptical and anti-social is completely counter-productive. So what you do if you’re a mature person is you say “well, yeah, you’ve got a dark side, so do I. That doesn’t mean we can’t engage in productive interactions”. We do that by sticking to our damned word. Honesty simplifies us to the point where we can engage in mutually beneficial interactions.

We need to acknowledge the dark side of humanity which is that most people not only do not have “free will” but they are in fact unstable egos trying to ride herd on a bag of raging impulses, many of which are animalistic and primitive in the sense of entirely driven by raw urges. The dark side is not a good thing; it is the reversion of evolution, and yet most people will favor tolerating it because they want socially-derived “freedom” from the risk of being rejected because their dark side traits are out of control.

Primitivism is nonsense because inherent within it is the idea that our human problem is our circumstances and not our behavior. That is scapegoating and the oldest form of rationalization which says that, instead of putting our best in charge and suppressing the insanity in all of us by that mechanism, we should accept the insanity (remember: Leftism means Good = Bad) and celebrate it.

Like all other forms of human nonsense, this one will always be the most popular, especially among middle-intelligence people (120-129) who find it comforting because it assuages their egos, which are both fragile because they are aware of more limitations to knowledge, and arrogant because they move among a herd of people without their intellectual advantages. But like all nonsense, accurately known as reality denial, it is a path to death.

“You’ve had your party, now it’s over, and it’s our turn.” | Those Hateful Little Lavrentiy Berias Of Amerikan Academia