We Live In A Perpetual Reign Of Terror 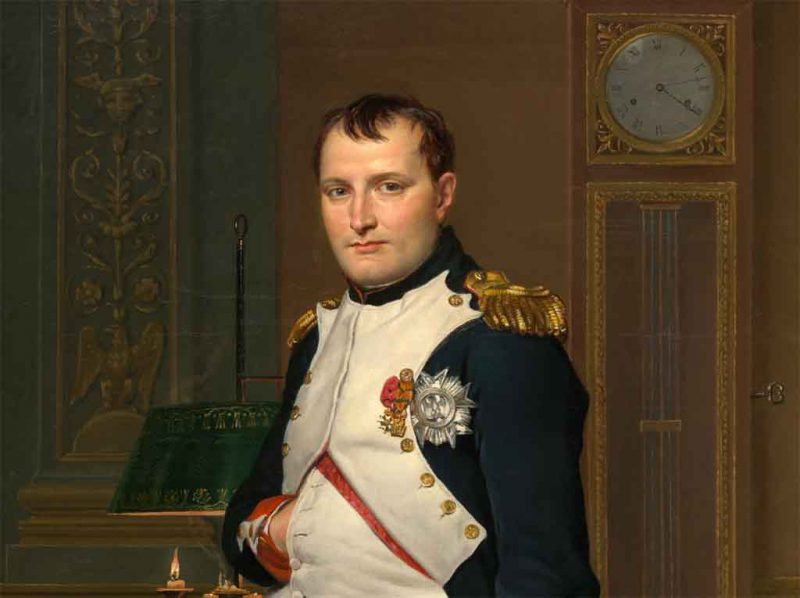 If you wonder why they teach so little of real import in high school, consider this: if you were a government dedicated only to your own continued power, would you teach facts contrary to the narrative? Of course not, because if you did you would fall. This is why they barely teach the French Revolution and most are unaware of it.

Leftism in the West had many origins, mainly because Leftism is an anti-philosophy that consists of giving in to our lowest impulses rather than trying to rise above them, but it gained form when the egalitarians in France overthrew their aristocracy in 1789.

Anti-philosophies are not based on having a positive ideal which corresponds to reality; instead, they are based in explaining away all other options so that, by default, we return to our simian origins and envy, greed, egotism, sloth, and parasitism take over from our higher functions.

Ideology may itself by an anti-philosophy. Separate from philosophy because it is prescriptive only and does not have a reality descriptive component, ideology consists of demands about what “we” should do in order to achieve a mental state that people find pleasing. When it takes over, all other thought gets recast in its image.

In France, the revolution occurred because there were too many poor people, mainly because their ancestors had thrived under the realm of the kings and had produced many children as a result. However, the new population outstripped the food supply in bad years. Solution: blame the kings.

This initiated a pattern. Leftist revolutions begin by insisting the equality is good, and since the current situation is not equal or equal enough, those in power are bad. The mob riots and deposes the leaders; then, it turns out that equality makes people feel good, but does not make a functional society.

At that point, it becomes necessary to use increasing degrees of control, force, and murder to keep people motivated toward function. In the French Revolution, this time was initiated by The Reign of Terror in which whole families were led to the guillotine and killed.

Not only were aristocrats slaughtered merely for being of their caste, or for refusing the plunder of their properties by the newly empowered peasant revolutionaries, but ordinary people were accused of being “royalists” and jailed and executed on flimsy or nonexistent evidence. Others then took their property.

In an earlier time, this manifested in the tendency of white people to have token black friends, so that if they were accused of the dread sin of “racism,” they could point to smiling chocolate faces and disprove the claim. Over time, even that became not enough, and so some took black wives.

The Reign of Terror killed off many of the most competent people that France had, compounding its problem of being unable to make its society function normally. This gave rise to increasing militarization, eventually culminating in the rise of Napoleon Bonaparte, the man who wanted to be a Roman-style emperor:

Born on the island of Corsica, Napoleon rapidly rose through the ranks of the military during the French Revolution (1789-1799). After seizing political power in France in a 1799 coup d’état, he crowned himself emperor in 1804. Shrewd, ambitious and a skilled military strategist, Napoleon successfully waged war against various coalitions of European nations and expanded his empire.

Without the dysfunction that followed the Terror, France would never have seen Napoleon rise so quickly or to such unlimited power. While Napoleon had some fondness for the aristocracy, he was also a loyal Jacobin who replaced the natural aristocracy with one comprised of his cronies.

He promptly waged war against the rest of Europe in a series of maneuvers that presaged the world wars, bringing democracy and egalitarianism with him despite his imperial ambitions. Like Joseph Stalin, he was a Leftist who wanted total control, leading us to wonder whether the Leftism was the purpose or the pretext of his actions.

The Reign of Terror never ended. From that day on, having the “wrong” opinion summoned a mob of Leftists screaming for destruction. At the extreme end were the killing fields, gulags, asylums, and guillotines of the Soviets, but in America, many were hounded out of public life for not being Leftist enough.

Even more, the Reign of Terror because a model for our thinking. There must be a central authority and a mob; when someone from central authority signals that someone else has violated the ideological narrative, the mob is summoned to seize him and beat him, then carry him to the executioners.

Our modern-day SJWs use political correctness as a weapon. To subdue a campus or community, they find a few offenders and destroy their lives. Everyone else falls into line, making the correct signals and dying their hair blue, so that they and their families are safe from the Terror all around them, waiting to pounce.

Even more, all of our wars have followed from a need to export our Reign of Terror to others. The “war to end all wars,” the fratricidal and pointless first world war, triggered a second. In both cases, the forces of democracy rushed to crush the dissenters, and invented moral reasons why (which, in WW2, finally became real).

Our Iraq and Afghanistan wars, originally wars against terror, became extended occupations in the name of bringing democracy to the world. Our foreign aid has the same goal, and we add the requirement of adopting civil rights to be in our good graces. Our country is not a country, but an ideological tool.

Even in our families the Reign of Terror prevails. Instead of gently correcting children for not understanding values, we punish them for not accepting the control and power of the parent. This spreads alienation through the family unit and creates children who hate their heritage and ancestors.

We can look even more deeply into history. The American Civil War provided the template for the world wars; find some way to call your enemy anti-egalitarian and it mobilizes the mob to attack. The mob in the North opposed the hierarchical, values-based society of the South.

Not only was the South agrarian, but it had a natural aristocracy, and favored valor and elegance over economic convenience. It was also highly Anglo-American. To the less Anglo society of factory workers and former peasants in the North, this was unsupportable.

They then waged a war of terror against the South, as Stephen Clay McGehee cites from the book Masters of The Big House by William Kauffman Scarborough regarding the ancestral home of his family:

In the fall of 1864, the family of seventy-eight-year-old Judge Edward McGehee of Wilkinson County was subjected to even more egregious treatment by troops of the Third United States Colored Cavalry. On October 6, this unit, commanded by Major J. B. Cook, raided Judge McGehee’s Bowling Green plantation; ransacked the mansion; ordered the judge, his wife and their three daughters to vacate the house within twenty minutes; and burned it to the ground. The pretext for this vindictive act was simply that McGehee had been providing food to Confederate troops in the vicinity. Alerted by a pal of smoke rising over Bowling Green and by the tearful pleas of a faithful McGehee servant, a neighbor rushed to the scene and found “the House in ashes & the family sitting in the yard with a small pile of wearing apparel,” virtually the only items saved from the house. During the course of the incident, according to family members, both the judge and his wife were physically abused by the Negro soldiers. Major Cook, however, categorically denied that any of this men had struck either of the elderly residents. “I would have shot any one on sight had I witnessed such a thing,” he declared vehemently. By all accounts, McGehee behaved with exemplary dignity and restraint throughout the entire ordeal. Whatever the truth concerning the alleged assaults, Major Cook later conceded that the order from his superior to burn Bowling Green was “very cruel and very unjustifiable.”

This was not military action but an ongoing jihad to subdue, destroy, and erase everything that was not of the crowd mentality. Just as it was during the Reign of Terror, this motivation pervaded all things, and turned a formerly functional society into a vehicle for ideology.

Currently, our society uses Civil Rights as its justification for going to war against anything, destroying it thoroughly, and then taking revenge upon it. We are little more than a mob of howling monkeys dressed up in suits and flinging buzzwords instead of literal feces.

How To Screw Up Your Life, Part 1: Dating | Does A Good Christian Have To Marry Jabba The Slut?