We have met the enemy and he is us. 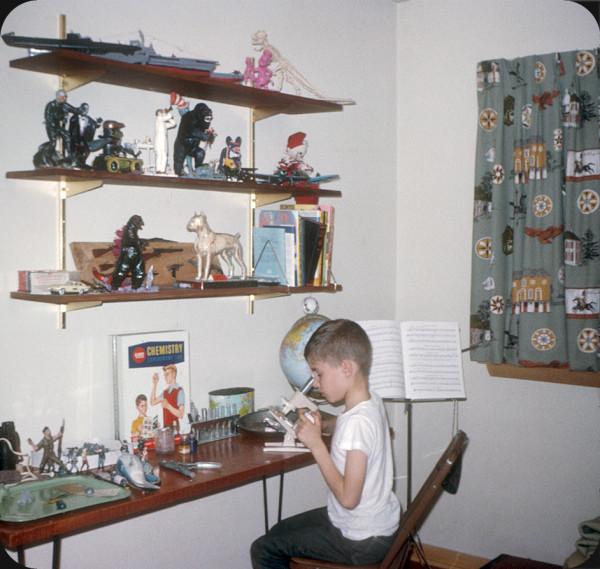 When Hernán Cortés landed in the new world, he saw a vast and powerful empire stretched before him. He wanted to conquer it, but faced numerically superior forces of well-trained fighting men. He looked for its Achilles heel and found it working in the fields, the kitchens and the laundries. This powerful empire thrived by the strength of its upper classes, but lived on the work of its lower classes. Cortés mobilized the lower classes to attack the higher, and rode that wave of revolution into power, which allowed him to reach his actual objective: the gold ornaments of the elites.

Those who wanted to destroy the West used the same method, and they have succeeded. They approached with a sob story about the lower classes being oppressed, and mobilized those against the elites. In doing so, they turned the society against itself and in the ensuing confusion have been able to live off it as parasites. These parasites take many forms: politicians, advertisers, journalists, lawyers, bureaucrats, salespeople, authoritarians and others who depend on being “useful” by being in power. They make their profit off of what the majority wants to purchase, think, hear, and use as an identity.

The only glitch with this comes to us from Charles Darwin, who rightly points out that there are only two directions a group of organisms can take: either they go upward by shedding the worst among them, or they head downward — degeneration — by keeping the worst among them. This leads us to an unfortunate truth about human individuals which is that whether we call it merely maladapted or evil, most people are not focused on reality at all. They exist in worlds of their own minds, fantasies and ego-posturing, and are essentially useless. This is why 95% of humanity lives in poverty, filth, disease, tyranny and corruption. Western Europe represented the 5%, and the other 95% were allied in one thing, which is that they should destroy it. That which lacks something also lacks the knowledge to maintain it, and since it could not produce it, also cannot be taught that knowledge. It will simply destroy it. It will consume it, in the oldest and most primitive human superstition, which is that its “magic” will be conferred upon the killer. This is what 95% of the world wants to do to the 5% who have escaped the human standard of poverty and failure.

Instead of being content with being a 5% who had escaped the mess, Western Europe adopted a policy of equality which allowed insane ideas to be expressed alongside sane ones. Since most people do not live in reality, they picked the insane ones because they were (1) more easily understood, thus made the individual person feel good about understanding them, and (2) more pleasant since they were lies. Thus the downfall began, and the 5% began to join the 95% in increasing degrees of poverty and failure. That is what equality means, is it not?

What Western Europeans steadfastly refuse to see — a form of social posturing; those who are elevated fear nothing, and those who want to be them cosplay being them — is that the 95% wants to take what we have and destroy it, and that when we are divided, we do its work for it. Most of this world lives in a failure of its own creation and yet the one thing it will not accept is that the enemy is within, and by that fact alone it fails to cure its ills. If these societies could say, “Look, the problem is that we are crazy as individuals, we need someone strong to rule us and implement social order,” they would begin a rise out of poverty. Their people would change, too, by Darwin’s rule with the more intelligent being more useful and therefore having more children. Instead, they go the opposite direction, killing off the intelligent as “witch doctors” and choosing those who are sociable over those who are useful. The 95% remains mired in failure because its methods are bad; Western Europe rose above the rest because its methods were good. Now we have adopted the methods of everywhere else, and our fortunes have fallen.

But wait, say the local experts in the audience. Our fortunes have not fallen! We have all this wealth and technology. To this I say: your wealth is debt built on the strength of the past, and your technology is mostly gadgets. We have increased efficiency but added to our list of work to be done an innumerable horde of unnecessary tasks. We have increased technology but found no better outlet for our time, and so we also increased obligations. Much of our technological power now is spent maintaining technology that does not help with vital functions of our species. Our vital functions have never changed — food, shelter, medicine, communications, defense — and anything outside of these does not add to our wealth or power except on paper. And so we have created top-heavy societies that spend most of their energy on infighting, feeding the parasites that will eventually destroy them.

Consider the boy in the above photo. He is what every person on earth hopes their little boy will be: masculine, creative, analytical and moral. He has few toys, but he lives in a nice house in a stable place. Social order is more expensive than people think, and worth more, too. He is an innocent, even at the advanced age of nearly a decade, and he idealizes an innocent future: maybe the military, maybe science, but probably a college education and then a chaste relationship and family just like him. People refuse to understand this, but that right there is the best it gets as a human. All of the drama about looking for an exciting life or something cutting-edge is designed to hide the fact that most people cannot have what this little boy does. Their IQs are too low, their societies too disorganized, their values too individualistic. And so they gnash their teeth and envy this little boy. They will never admit it, but if they could, they would be him. Since they cannot, they will try to destroy him, although since they are socially aware humans they will not do so directly. No: they will teach him neurotic politics, sell him pop culture encouraging self-pity and consequent degeneracy, sabotage the social order around him and turn all the women he might have into self-obsessed whores. That will destroy him, but not get what he has to others, but the worst aspect of the crowd is its notion that if only a few can have what is best, it is better that no one have it. That is the raw unvarnished face of humanity.

The West was undone through appealing to those within us who more resemble the 95% than the 5%. Not visually — no, they look just like us. But in their souls was a weakness and an envy, and they wanted to destroy what they could not have. Since I do not believe in lying, I will not sugar-coat the following: almost all of them were from lower castes. They were guided by neurotics, generally the product of caste-mixed marriages, from the upper castes. These people felt like fish out of water in their social circles and so turned on them with the brattiness only achieved by children who hate their parents, which is to burn down the family house and then turn to those parents and say, “See? I have destroyed everything! I was right, and you were wrong,” forgetting that this leaves only ash for everyone including themselves. Together these neurotics and untermenschen — because if we are being honest, let us point out that the true lower castes are those who are useless at anything beyond being told what to do, and probably represent what Darwin would have us slough off — overthrew the one escape from misery that humanity had under the principle that if all of us cannot have something good, none of us can.

The enemy is within; or rather, the enemy is us: what allowed this to happen was the tolerance of Western man and his women, including the worst kind of tolerance which is simple oblivion. Over the last centuries, the remaining halfway alert people in Western Europe have forced themselves into a shrinking area of what they permit themselves to notice. When the neurotics and revolutionaries started their raging, instead of doing the manly thing and beheading them, the men of Western Europe listened to their wives: “Do you need to do that today? It’s inconvenient. And there’s a leak in the bathroom that I need you to fix.” So they shrugged it off, shared a joke with friends about it, and then put it out of sight and out of mind. That was a green light as far as degeneration was concerned, because now it knew it was not only tolerated but ignored, which left its target defenseless. Great work, Western women. Since that time, Western men have been shrugging and ignoring a whole lot of stuff until now where if it is not in their commute, garage, auto parts store or work, they are 100% oblivious to it. As a result, they struggle on completely surrounded by those who want them destroyed. This explains why most great empires go out without a trace. Overnight the resentful 95% consume the remaining 5% and then there is no one to write down what happened.

Unlike most people who recognize this, I have hope because I realize how easy it is to defeat it. Hernán Cortés would not have gotten far had the Mayan warriors recognized that they had a fifth column among them and started to slay or exile their underclasses. Similarly now, the people who have actual power are often those who can understand this problem, and if they united to disenfranchise the mob — this requires severing ourselves from the mentally dysfunctional concept of “equality” — they would be able to reverse the process and begin kicking out the parasites. Unlike many, I do not advocate execution. The fairest thing to do to people who are 95% in soul is to send them back to the majority. Send them to third world nations where they can ply their trade as writers of neurotic lifestyle pieces or organizers of triplicate forms. What happens after that is not our responsibility. We have the power to restore the Golden Age of the West, but it begins when we stop attacking scapegoats — Jews, African-Americans, “the Rich,” Democrats, Republicans, false-flag activists — and begin attacking the actual problem, which is equality itself. Any society which insists that an insane idea is “equal” to a sane one, or a sane person equal to an insane one, has gone against Darwin, God and common sense and will destroy itself. Reverse that and we save the day for the first time in centuries.

The normal life | European blood is not exhausted.