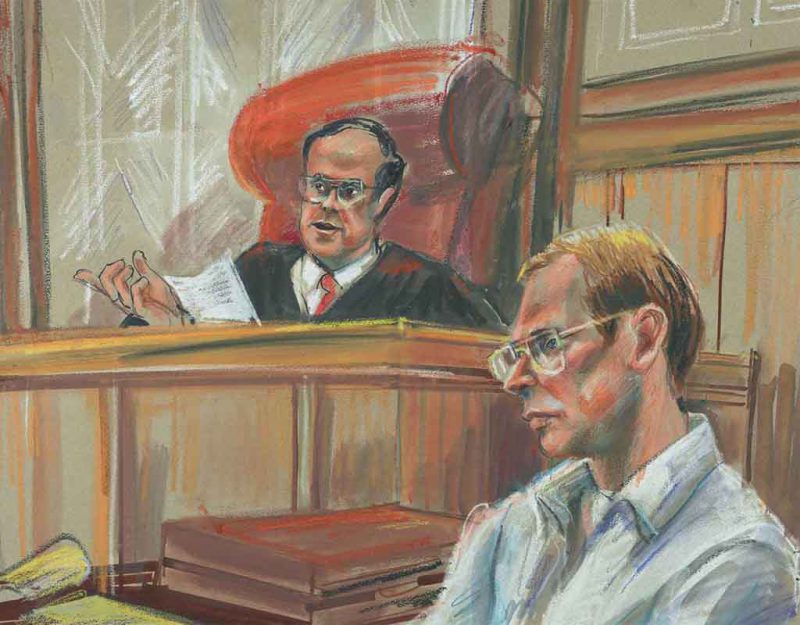 Back in the 1980s, two things happened in relatively rapid succession, by a historical view: a young man named Bernard Goetz went to the subway intending to shoot the first person who threatened him, and a series of courts refused to convict him of anything substantive.

Goetz found himself frustrated by the constant crime on the subway and the violent young men who routinely robbed, beat, and assaulted people on the subways. At his breaking point, he decided that the next time someone approached him with negative intent, he was going to shoot them.

When several young men bearing a sharpened screwdriver tried to shake him down for cash, nerdly pothead Bernie opened fire. Instead of condemning him, much of the city rallied around him, and juries repeatedly refused to convict him, acknowledging that he was not alone in seeing this problem.

We find ourselves back in the dark days again:

PBA President Pat Lynch accused lawmakers of preventing cops from doing their jobs and advised straphangers to “keep both eyes wide open” to avoid being victimized.

“The politicians have made it abundantly clear that they don’t want cops enforcing transit system rules, connecting the homeless with services, engaging with seriously mentally ill people or doing any of the things necessary to prevent these terrifying random attacks,” he said.

“That is their choice to make, but who is replacing us in those roles? Right now, nobody.”

When law and order fail, citizens step in, usually through vigilante actions. These acts do not attempt to stop and arrest, but to kill and maim so that others back the heck off. A vigilante wants to create a public atrocity like terrorism in order to influence other wrongdoers to go elsewhere.

In diverse New York these days, people are engaging in the fun pastime of shoving other people onto the tracks as the subway trains approach. For these acts of attempted murder, few have been arrested, and now with defunded and neutered police, even fewer will see anything like consequences.

This means that citizens will kill, and then juries will acquit. The second might be the more important part: when enough people have had enough of their political leadership, which is tied down by compromise since it has to please lots of special interest groups, they focus on retribution and send that message upstairs.

America as created by the Left will be a Utopia, but that Utopia is not real, so the media will continue to lie about what is going on in order to hide the dystopian reality. Citizens will retaliate, and this time, they will not wait around for the cops.

Future Bernard Goetzes of the world will not just shoot five guys on a subway train, but will shoot to kill, and then drag the bodies somewhere they will not be found. Future subway platform defenders will catch someone pushing a passenger, drag him into the dark, and beat him to death, then hide the body.

Future juries will ignore the cases where someone shot an Ahmaud Arbery, Michael Brown, Trayvon Martin, Rodney King, or George Floyd. The police will never be involved, except to show up and clean up, then arrest the perp and parade him in front of juries which will choose “not guilty.”

Democracy breaks down because it orients toward compromise, which means the inoffensive and therefore unrealistic. Polite lies become hard political truths, and then the rest of us must clean up. This will make a meaner Wild West America than our politicians intend to exist.

Already the seeds of this appear in American neighborhoods. Informal groups patrol what police will not, and they carry weapons. If they kill, they are going to hide the evidence. Drainage ponds, abandoned mine shafts, derelict buildings, and trash piles will overflow with bodies.