We Cannot Martyr Ourselves To America Or The White Race 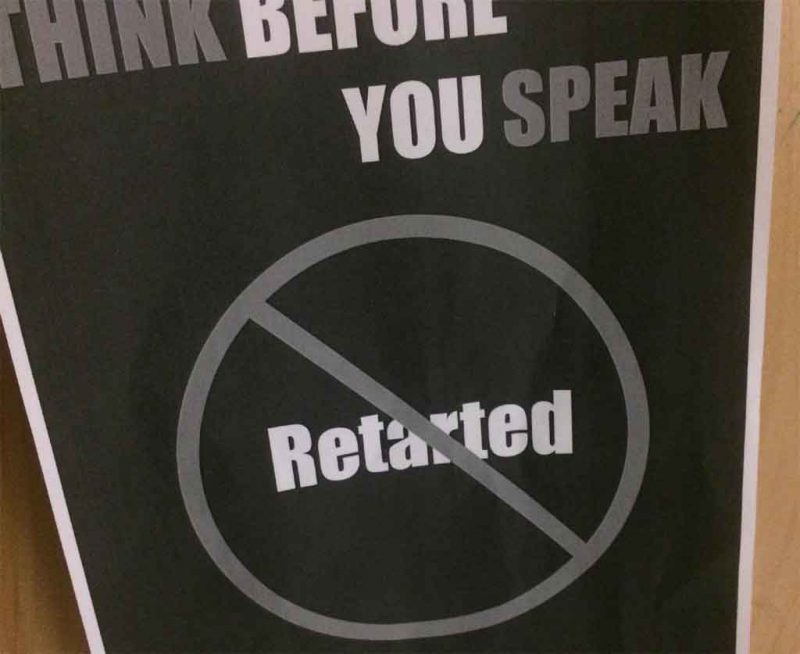 For years people have warned Americans that they have chosen diversity as a hill to die upon. With the 2018 elections, we see a country that is permanently divided because it has no center; diversity replaces any center with the idea of “agree to disagree,” or tolerance of opinions rather than a drive to find standards, values, and behaviors that can unite a country.

This happens because diversity consists of a form of pluralism, or that idea that a group does not choose one direction, values system, way of life, or even “truth.” Instead, it acknowledges all as simultaneously true, or true enough that they must be socially accepted so that people are “equal.”

That pluralism then creates a society where people no longer care about outcomes. They seek only to reach an intermediate stage where everyone is tolerating everyone else, therefore the social order works for another day, and because of that, we can avoid rocking the boat and keep earning money and retreating from society. People care only about retiring and escaping.

This means that of the people we see on “our side” — conservatives, European-descended people, Christians, pagans — most are wholly insincere, and if they do seem to come to our side, it is merely because they want to remove some obstruction to their earning money and retiring.

Many Republicans tend to fit this profile and it explains why they have slept through the past hundred years. They are individualists, or those who place their own needs and desires before those of any order larger than the individual. They may make lip service to God, culture, heritage, or even Right-wing principles, but at the end of the day, they simply want life to be more convenient and profitable for them personally.

In the same way, the white people that we see around us are mostly those who want their careers to advance, their gated community to be worth more money, and their personal social status to rise. For this reason, the vast majority of them duck out of any controversial politics and would rather be inauthentic in their support for what is popular than authentic in their support of anything which might end up being unpopular at some point.

This “bourgeois” mentality reflects what democracy does to people, which is make them focus inward. When we are all equal, there is no advantage to understanding the world better, being more honest, or wiser. You do what you want to do and you externalize all decision-making to the system itself, which enables you to stop worrying about it and confine your participation to voting once every few years and screaming at the television screen when Fox News or CNN shows you the latest outrage from “the other team.”

Not everyone is like this, of course. If you are reading this, you probably think in the opposite direction; you see individualism as the method by which civilization fails, and you support heroic or idealistic thinking instead. In that mindset, the individual aspires to achieve his interests only within the context of what makes a healthy civilization, not just for his own use but to endure for many ages so that whatever he dedicates his time to has the greatest effect. If all of your labor goes into only one lifetime, it serves little, but if you contribute to a society that lasts for thousands of years, your effort goes a long way.

However, this group is relatively small, and is dwarfed by the much larger mass of people who simply want to show up, vote for something that benefits them, and have all problems magically go away.

Our quest to restore Western Civilization seems hopeless when we assume that we will need to lift up all these others. They tend to use their refusal to engage as a passive-aggressive method against us, refusing to see the obvious truth and withholding support in exchange for something they want from us, instead of doing what is necessary because to do otherwise is to self-destruct.

Our first liberation comes when we realize that our task is not to save these people; in fact, it may be the opposite. When low-quality white people perish, the remaining white people improve in quality. We cannot save everyone and in fact it would be unwise to do so because the morally and mentally lazy will simply sabotage us in the future.

For example, if conservatives seized power tomorrow, selfish people would cease being Leftists and would transition to being conservatives. Then they would adulterate and weaken conservatism by demanding that we include equality — basically a demand for the individual to be right no matter what he does — in any form of conservatism that we advanced, and they would thwart us from within if we refused.

We need the good to carry on and, in fact, we may want some kind of natural selection to weed out the weak. Those of us who want to restore Western Civilization are looking toward the future, and we want the kind of society where people do not need to be told to avoid being selfish.

People who must be instructed in the basics of survival — to live for more than themselves, to avoid murder and theft, and to not be parasitic — represent a net loss for any society. No matter how much these people contribute, they create a need for other people to babysit them. They cannot be trusted, but must be managed at all times, and this thrusts society into a passive role where it must always be backward-looking in order to keep its citizens in line.

Those of us who do not need management cannot martyr ourselves to the rest. Some say that the West fell into degeneracy precisely because of this: we made our smart and good people into caretakers of the bad, much as equality requires the good to subsidize the rest. We make the best slaves to the rest, and then the best give up and die out.

We can take heart in the knowledge that we are not trying to save the world. We are trying to save Western Civilization, and it requires only a relatively small number of good people. For example, in America, having fifty million good people would beat out having as we do now 450 million mediocre people.

The same applies to Europe, which is already hilarious overbuilt. People work too much in order to keep the social support network going that funds and babysits all the do-nothings. If we lose the useless, the scope of the task required becomes much narrower. We have to set up a situation where the good can thrive, and do nothing for those who are lost.

Looking around us, we see the West drowning in neurotics, criminals, incompetents, parasites, narcissists, self-important blowhards, overrated entertainment, bureaucrats, small-minded power-hungry blockheads, and other examples of not our strength but what holds us back.

Many of our people feel despair at seeing the task before us because they assume that it means herding all these people together and making them work as a unit to create our future. In reality, a small group of exceptional individuals will create the future, and those will then reproduce to make a replacement population.

Even among groups on “our” side, like nationalists and conservatives, many people exist who would be happier somewhere else. They do not believe we can actually achieve change because, in their hearts, they are still attached to the present order and are not ready to leap to something better. Some will make the leap; the rest will be happier elsewhere.

We already know that Leftists will need to be physically removed, for example by sending them to Venezuela. We will need to repatriate everyone who is not of unbroken descent of the founding group. Why not also retire our individualistic conservatives and selfish nationalists to Costa Rica or another place where they can live in comfort, for their own pleasure alone?

Europeans thrived when our motto was having quality over quantity. As we abandoned that, we wore down our people of quality by making them support the quantity. If we are to rise again, we must reverse the reversal of our founding principles, and aim instead for a future society comprised of those who are not selfish and who do not need to be babysat.

What is the role for women in the movement and society? | Periscope (December 6, 2018)