A common attack: categories as weapons. 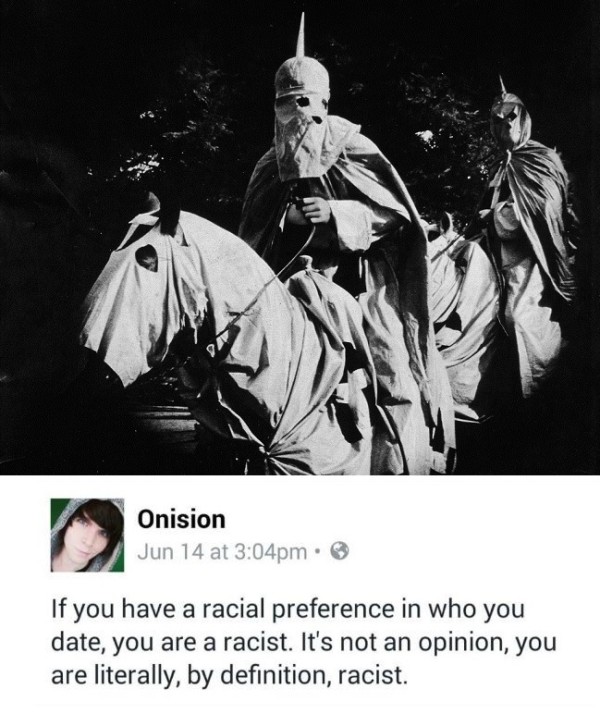 There are moments where life comes down to binary decisions. One either flees the bear, or becomes lunch; one either escapes the locked room as floodwaters rise, or becomes a floater. Sometimes, one must make decisions about continuation, such as remaining at a job, or in a marriage, or within a city. These all fit within the yes/no pattern of binary decisions. But sometimes binary decisions are forced upon us by using false categories which resemble those needed in threatening situations, but are in fact carefully constructed to force you to answer one way only.

For example, someone grabs you by the shirt and says, “The enemy is at the gates — do you stand with these fascists, or are you an anti-fascist?”

Like any good con, this works by rhythm. First there is shock; then outrage, at about the same moment the dichotomy — a binary category imposed on the data — rises in the mind. Thus the emotional surge and the realization hit at about the same time and the average person stands up and says loudly,

Of course I stand against the fascists!

…all without having an idea what a fascist is, whether an enemy is really attacking, where the gates are, whose enemy is attacking, or really anything else (but we all know that low-information voting is the hallmark of democracy). As any salesperson knows, it is important to lead the mark into the decision so that he thinks it was his idea, when in fact it was a set-up.

Politics operates by these set-ups. It creates binary categories where there are none. Yes, when a dragon is attacking, there is an actual dichotomy: attack the dragon or do something other than attack the dragon. In non-emergency situations however the options vary more widely. This is why salespeople, con men and politicians all try to shorten the time scale: “This offer ends soon!” “We must act quickly before it’s too late!” “My buddy can’t hold on to this sweet deal forever!”

In the same way, people reframe the question of race as an ongoing attack. People are assaulting our minorities, and you either agree with us that everyone is equal, or you agree with the fascists. We need action now! Whose side are you on? And so the slow-witted average person, stunned and dumbed by forty plus hours of work and shopping, leaps to the obvious conclusion, as was intended. By this method, anything but saying we are all equal in every way becomes “racism” and makes you an enemy of the State, a Stalin-Hitler-Goldstein to be smote with fury.

The term “racism” has no meaning. As used, it is too broad; as conceived, it suggests a singular purpose behind multiple reasons to make the same decision. It is like talking with the street hardened cops:

Police #1: Why did you turn down this alley?

Citizen: I wanted to check if my tire was flat.

Police #2: He wanted to check his tire, he says! I’ve heard that one before.

Police #1: We all know there’s only one reason to go down this alley. Out with it and we’ll be easy on you.

In this case, the mental terrorists behind the term “racism” want you to think there is only one reason why you might not want to accept the all-people-are-equal line. Never mind that there may be multiple reasons, including being proud of your heritage and believing it should continue. Accept us all as equal — which really is an advertising term more than anything else, implying that people are marionettes who respond knee-jerk to a “good deal” — or you are the enemy.

Our healing begins when we recognize this term is useless. There is no racism and there are no racists. There are only people who do not agree with the liberal agenda, and those who do. The former group includes some who are just angry and hateful, but we have no data suggesting they are the majority. Everything we have suggests they are the (heh heh) minority. But the left wants us to lump everyone non-leftist into the same category as the bigots. That viewpoint itself is bigotry, and needs to die.

We are the rebellion | The internet will become controlled speech