We are not one 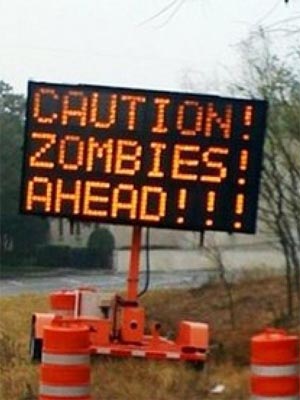 In order to prove we are in control, us brave moderns deny the obvious if it does not conform to the type of boxy rule we use to impose order on the “chaos” of nature.

While we like to think our rules are “logical,” what they really are is a fragmentary subset of reality, removed from context and any sense of cycle or cause/effect logic in a process over time.

We take a conclusion or sum and use it as a symbol for the ongoing whole, as if trying to take a photograph and paste it over the complex, messy and uncontrollable reality.

One of our favorite illusions is the happy thought that We Are All One, a sentiment (not logical analysis) which suggests that if we join hands, become one big group without enemies, and help each other freely, we will end conflict and violence.

The implication of any homily so passionate, all-encompassing and gushingly positive is that you could not oppose it without desiring the opposite, which is assumed to be a world in which we are forever at war and hating one another.

It’s like asking someone, “Did you stop hitting your wife yet? Yes or no answers only.” You know they’re caught in a logical trap which has no relation to reality itself.

While we-are-all-one sounds good to our modern minds, it’s more like a statement of military allegiance. We are the army of the good, or even, we are all part of the machine. We serve the same master, which is peace at any cost!

But there is a high cost:

Liberals love to think of minorities as intrinsically virtuous beings capable of doing no wrong, but I love when their stupid double-standard is dissolved before their eyes when supposedly â€œhatefulâ€ topics start trending amongst black Twitter users. Most of the trending topics they describe as â€œhatefulâ€ are usually just comical, self-caricatures of black culture. Another double standard I would like to point out, is that if a group of predominantly white people started to trend the hashtag #howtokeepyobitchinline, that the feminist blogosphere would explode in a flurry of verbiage spouting off on the intrinsically violent and hateful patriarchy.

Whites are held to a higher standard of political correctness than blacks. Why? – Sofiasty

In the we-are-all-one world, the only threat is someone who isn’t part of the one. Someone who has risen above, pulled ahead, or even gotten something the rest of us do not have. That person is the new Satan who divides things up.

What if you have a black majority that’s thriving, and a white minority that is not, as in South Africa?

What if you have a white majority that is thriving, a black minority that is not, as in the United States and Europe?

Suddenly, you’ve pitted the minority against the majority because the majority is presumed to be in violation of the ur-rule “we are all one.”

It’s an expensive illusion, to insist we are all one. Race is but one part.

Assume an all-white nation, with poverty existing. Then you read this article:

According to a study published this week by the Journal of the American Medical Association, distressing numbers of hospital emergency rooms have been steadily closing down over the last 20 years, just as hospital ER use is on the rise. The rate of closures is particularly high in urban areas, where the number of ERs has dropped a whopping 27% since 1990, leaving a dangerous service gap for those in need of care in many cities.

Authors of the research warn the closure trend is a serious national health concern, since ERs are “the only place in the US health care system that serves all patients, emergency departments (EDs) are the ‘safety net of the safety net.'” This is especially alarming because the study also revealed that the demise of emergency rooms in America was disporportionately affecting the urban poor. – Care2

If you have we-are-all-one propaganda in your head, your first thought is that someone has a vendetta against the poor. First cutting out their medical care, then subjecting them to these horrible emergency rooms, and finally cutting those.

What if we told you that most jobs offer medical benefits, from fast food on up, and that most states offer “indigent care” which is a type of state-sponsored health insurance for the destitute?

Then we’re at a quandary: we know emergency rooms are closing because people are using them as primary health care, strangling the system under a backlog to the point where it closes emergency rooms because they cannot be relied on to provide emergency care.

If you can easily get medical care, why are you using emergency rooms as primary care? (Here in Texas, it’s generally because you’re an illegal alien. Others come for emergency; illegals know they can go to emergency rooms for any kind of care, get Spanish-language help and have no data trail left regarding their immigration status. But for now, pretend that isn’t the case.)

Throughout history, opportunity has existed in abundance and competence, well, that has been harder to find.

Most human beings are starving in areas where there is no shortage of arable land.

What’s the difference between thriving and starvation?

With that in mind, which is the more likely scenario: the poor as a perpetual victim, or the poor as aggressor that through its disorganization is wrecking our emergency rooms?

This isn’t a “blame the poor” essay. If you know that one group in your society is disorganized, you don’t give them zero accountability primary health care through emergency care. You throw them out into the street so they don’t swarm the emergency care and your other citizens then cannot use it.

It is this refusal to recognize the obvious that crushes us as a society.

People are different; instead of denying this, we need to manage it.

But that is an unpopular truth because it means that we have to tell some people that they’re screwing up by going to emergency services for primary care, that they’re not all-knowing wise beings who should make political decisions for the rest of us, or that their children didn’t make the cut into honors programs.

To avoid that unpopularity, we instead make compromise decisions that viciously sabotage our social institutions. Much as we’ve wrecked hospitals, we’re working on wrecking education:

Not long ago, honors courses were considered a hallmark of student achievement, a designation that impressed colleges and made parents beam.

Now, those courses are vanishing from public schools nationwide as administrators move toward a more inclusive curriculum designed to encourage underrepresented minority students to join their high-achieving peers in college-level Advanced Placement classes.

This fall, Fairfax will discontinue honors-level courses in subjects where an AP class is offered, drawing the ire of parents who want to restore what they call an academic middle ground. They have formed a group called Restore Honors Courses.

Prince William County took an even bolder stance about 10 years ago, doing away with the honors track. There has been resistance to that in other school systems â€” including Montgomeryâ€™s and Loudounâ€™s, where the honors option has been scaled back. – WAPO

People were trying this back in the 1970s and 1980s in all-white schools, of course, so this issue is bigger than ethnicity.

What to do if little Johnny or Julia is physically not as intelligent — we’re talking biologically intelligence potential, as measured through IQ — as other students?

This means the little tyke is going to hang out in the unexceptional person classes and not get those good honors classes on the college transcript.

In this situation, we could either accept reality and put the little blighter in the regular classes, or we could fake it and dumb down the honors classes so a vision of equality is achieved.

We are all one. We all go to the same classes. We are moving through a bureaucratic, easy curriculum designed to make each individual seem exceptional.

This is what the teacher’s unions will suggest, anyway. Avoid controversy; make happy parents! It doesn’t really matter if we’re graduating subliterates, because we have avoided conflict. Peace reigns. We are all one.

Mass delusions do not require reason or logic to gain converts. They only need to project the view that “everyone knows that …” “every schoolboy knows …” or “everybody believes that …” This false sense of security in perceived numbers of believers has taken in a huge number of pseudo-intellectuals within the academy, in journalism, in politics, and in popular media and entertainment. All the better to project the delusion of universal belief. – Al Fin

For a species that spends a lot of time wondering why “we can’t all just get along,” we humans are remarkably unreflective about what ideas we consistently attempt that create consistent failure.

But that’s secondary. What matters is that first and foremost, we have reached paradise. A paradise of mediocrity in a moribund nation-state, but we have made everyone happy. Thus even in death, we are all one.

The Sound of Nationalism | Frailty, what is thy name?