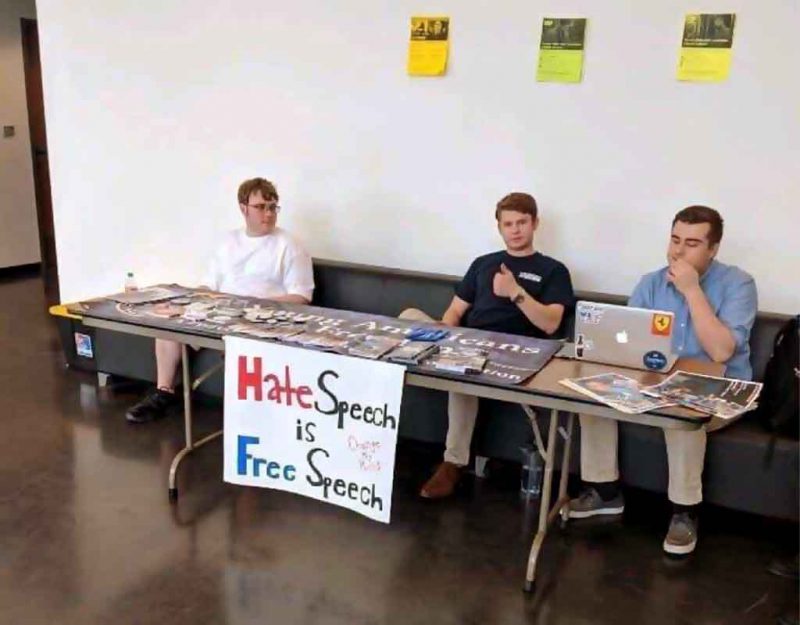 Not just in America, but across the West, people are waiting for the signal that war has finally come. We know that we cannot continue to exist as we have, surrounded by enemies, hopelessly divided internally between those who want first world and third world societies.

If we look carefully at the Left, we see that they want a third world society: based on individualism, its primary goal is to reduce friction between individuals, so it makes them “equal” and adopts permissive moral standards.

The result of that type of thinking is an anarchic society where everyone depends on jobs and government for a sense of orientation in the world, and the organic things like culture, heritage, customs, and faith are forgotten.

We want a different world, one based on autonomy more than individualism; we accept that, in exchange for this, there are no guarantees and we may die. We would rather guide ourselves, have less red tape, spend less time on jobs and paperwork, and risk death than have “safety.”

This appalls the Left, who are individualistic or those who base their philosophies in the fears and desires of individuals. We want a system that gives opportunity; they want a system where no one falls through the cracks and every exception is addressed because it is an individual too.

Our culture likes to think of individualism as someone striking out in the wilderness, but that is the opposite of individualism; an individualist does not want to confront a larger order than himself, but to set up a situation where his individual desires and fears can be addressed by others.

Paradoxically, individualism is collectivism, or at least the two lead to one another. The individual wants the herd to protect him, and the herd is comprised of people who want individualism and have joined together on that lowest common denominator.

For us autonomists, we need civilization because entropy tears down orders like that, making them rare and valuable. No human exists as an island, unless he is so in love with his own ego that the world only exists as facets of his desires and fears.

We know that for civilization to exist in the long term, we need a few things. There has to be a culture, which is tied to a heritage and not (political) “values” like legal and economic systems, leaders, a hierarchy, customs, faith, and a sense of purpose.

The individualists totally oppose that, and are joined by special interest groups who want their own interests — pet issues, ethnicity, religion, sexuality, race — to take precedence over all else. This is an undeclared war over who will rule our civilizations.

At this point, no one has believed in coexistence for some time. The Right figured it out first and tried, by using libertarian ideas, from the 1960s through 2000s to set up a legal framework by which we could live conservative lives and drop out of mainstream culture.

However, doing this basically relinquished control to the other side, who kept pushing for their agenda. In the 1990s, they finally found their most powerful weapon in diversity and began importing the third world in earnest.

This has forced a final confrontation. We now know that we cannot live with diversity or Leftists, and we are aware that our civilization has fallen and needs to restart itself, and through that, we know that not everyone will be coming along on our new adventure.

The Left, feeling its control weaken, has retaliated by destroying more good people. They are doubling down on censorship, both by public and private entities, and on political correctness, which allows them to declare someone persona non grata for having non-Leftist speech or opinions.

The rage builds. This is a good thing; the opposite of rage is not love but apathy, and we have languished in apathy for too long, which is a sign of hopelessness and despair. Instead, people are waking up to the fact that we can be not dying again.

The two sides see each other clearly now. We cannot wait for the day when the flag falls and we can start fighting. This is not a war of strategy; we realize that it is a war of attrition. They are trying to kill us, so we must kill them and their allies.

We hunger for the day when we can start cleansing the land of those who oppose us. Both sides feel this way; the Left has always had this intention, as their glorious history in France and Russia reveals, but now the Right realizes that the Left is serious about it.

All of us secretly want to be there in the NZ mosque shooting video, playing a first person shooter where we exterminate the Other — the Left and its allies — without regard for human life. We thirst for blood.

While this might seem disturbing, it is normal for humanity; avoiding conflict makes it worse. If we are lucky, the Right can seize power and simply exile the Leftists and their allies to Venezuela. Then we can begin rebuilding society.

However, if anything, the Left has shown that like drug addiction or compulsive gambling, it attacks a weakness in the human heart, and so there are many who depend on it as their rationalization that they are living good lives. They will not go easily.

This means that we must prepare for the worst. This is why the Right are stocking up on weapons: we know that They are coming door-to-door to exterminate us, and when that first shot is fired, it is our job to find them first and kill them, man, woman, and child.