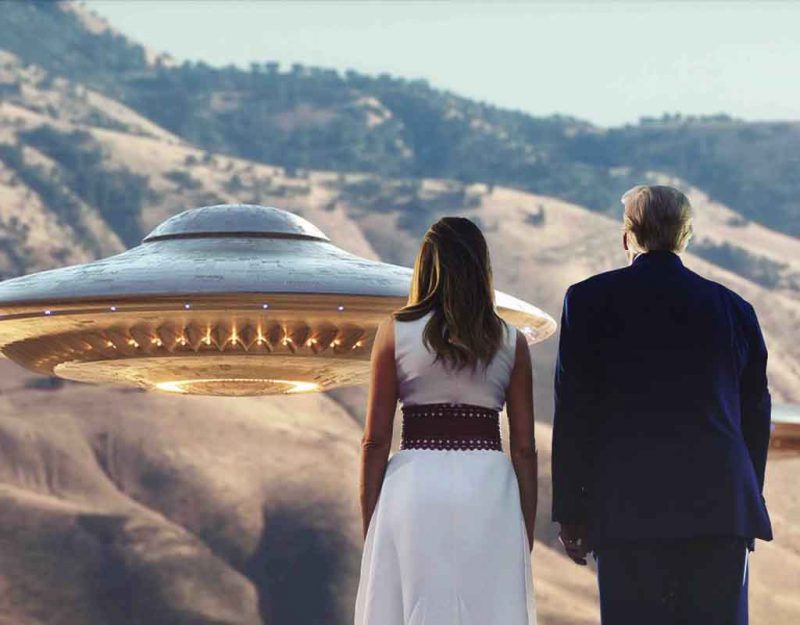 Human history makes many twists and turns but most forget that it most often completely reverses itself: something unthinkable on Monday becomes not just acceptable, but the only way forward, on Tuesday.

We see this most commonly with technology. The pundits were debating whether or not the internet would take off, and while the ink was drying, it took over. Cars went from luxury items to necessities almost overnight as well.

It also happens with politics. Most of America opposed entry into the second world war until Pearl Harbor, and then almost no one objected. Most of us opposed counter-terrorism warfare until 9/11 shattered the post-Soviet peace.

Even more, lifestyle patterns shift violently, changing markets. Cities were assumed to be valuable until race riots in the 1960s created massive White Flight, at which point suburbs became our focus.

During the 1990s when The X-Files graced many a television set, we lived in a different world. The diversity bomb had not quite detonated with a new generation that was 40% non-White; the internet was optional; UFOs were considered a fringe cult belief.

For example, when Atheist released their second album, Unquestionable Presence, the UFO theme was considered outlandish and weird, possibly untrustworthy, leading to an initial retreat from the album for the lyrics to the title track:

Fast forward to today, and many things have reversed, including UFOs being accepted by the most mainstream of Establishments:

The article included two videos, recorded by the Navy, of what were being described in official channels as “unidentified aerial phenomena,” or U.A.P. In blogs and on podcasts, ufologists began referring to “December, 2017” as shorthand for the moment the taboo began to lift. Joe Rogan, the popular podcast host, has often mentioned the article, praising Kean’s work as having precipitated a cultural shift. “It’s a dangerous subject for someone, because you’re open to ridicule,” he said, in an episode this spring. But now “you could say, ‘Listen, this is not something to be mocked anymore—there’s something to this.’ ”

In December, in a video interview with the economist Tyler Cowen, the former C.I.A. director John Brennan admitted, somewhat tortuously, that he didn’t quite know what to think: “Some of the phenomena we’re going to be seeing continues to be unexplained and might, in fact, be some type of phenomenon that is the result of something that we don’t yet understand and that could involve some type of activity that some might say constitutes a different form of life.”

In a recent interview with Fox News, John Ratcliffe, the former director of National Intelligence, emphasized that the issue was no longer to be taken lightly. “When we talk about sightings,” he said, “we are talking about objects that have been seen by Navy or Air Force pilots, or have been picked up by satellite imagery, that frankly engage in actions that are difficult to explain, movements that are hard to replicate, that we don’t have the technology for, or are travelling at speeds that exceed the sound barrier without a sonic boom.”

And just like that, the fishhook of history turned (fishhooks have a nasty tendency to twist on a line, turning into whatever has grabbed the line, whether it be a meaty thumb or a tasty fish). UFOs are now mainstream.

We will see a great deal more as the illusions of 1789-2016 become steadily revealed. For example, democracy has many skeletons in its closet, both involving wars and elections (even prior to 2020) which have “irregularities.”

We are going to see that our modern food and constant internal combustion pollution has made us far sicker than we could have ever imagined, which is why one nasty flu seemed capable of killing so many people.

We are going to finally get honest about diversity and recognize that it has never worked for anyone and is in fact one of the signs of a dying empire.

We are going to have to face the hidden political machine that occurred when Tammany Hall, prosecuted in New York, simply went national through the Democrats.

The details of massive Soviet, Chinese, and Russian penetration of our intelligence networks, industries, and government will be revealed. Remember, no one knows who turned in Oleg Gordievsky… at least in public. And Seth Rich?

Many secrets await discovery. Many people who guarded these secrets are now retired or deceased. Democracy is heading unavoidably toward default in both the US and Europe, and with that fall will come regime change.

If you think that a government can adopt a $10 trillion spending spree and also a shutdown, it might be time to take out the calculator. America is in debt to the tune of something like $123 trillion when we count all obligations, and has no way to pay that off. Default is coming, which is why the politicians of the Left today are busy spending money like no tomorrow; if they get a few percentage back in kickbacks, that means that they can watch the collapse from a luxury house in Argentina or another third world country where money means raw power.

In addition, the ecological crisis has become mature. We have run out of places to expand and have begun destroying ecosystems in earnest. In the future, only those who can afford greenhouses to generate oxygen and air, water, and radiation filters will live well. They will pay quite a bit to have food produced under the same conditions.

With the coming of alien visitors, humanity has to psychologically address the fact that we are no longer the apex predator. We are in fact lagging behind, a dying species that never figured out how to rule itself, while others have taken to the starfields of deep space.

We did best under the aristocracy because, contrary to what your average idiot thinks, they restrained power. When the middle classes empowered the proles to revolt, we got mob rule, and with that, the typical human pattern emerged: a few sociopaths stole everything by fooling the herd with Utopian promises of peace and equality, and those are the ones who will survive the collapse of democracy.

Everyone else will realize in a dark moment that they are suckers now doomed to die alone in poisonous cities. Then, as is typical for humans, they will rationalize this as “cool” and trendy and go about their way, tumors and all.