by Jonathan Peter Wilkinson on January 31, 2020 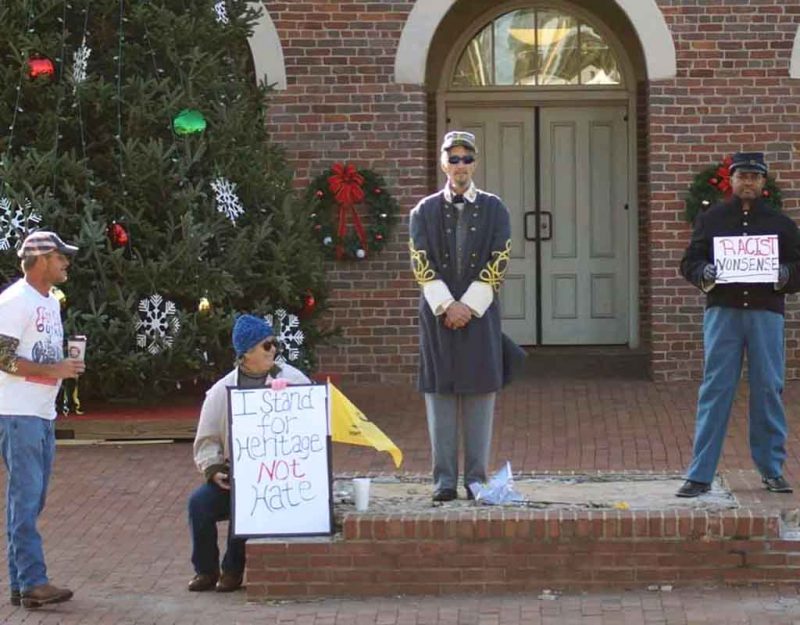 Senator Amy Klobuchar had one job. According to those who believe they own her, she failed. The Minnesota NAACP has demanded she drop her campaign for the presidency.

Sen. Amy Klobuchar (D-Minn.) is being called to suspend her presidential campaign after an Associated Press story published Tuesday offered a critical account of her handling of a case while she was Hennepin County’s district attorney. As the county DA, Klobuchar led the case against Myon Burrell, who was a teenager at the time and was sentenced to life in prison for the 2002 murder of 11-year-old Tyesha Edwards. The AP story revealed that Klobuchar prosecuted Burrell, now 33, despite there being little evidence and even though his co-defendant confessed to the crime and said Burrell wasn’t there. Though Klobuchar was not the county’s top prosecutor the second time Burrell was convicted after filing an appeal, she reportedly denied his request to attend his mother’s funeral, claiming he was a threat to society.

This will be an interesting gauge as to whether Democrats really interpret the 2016 election result as a !WHITELASH! Klobuchar is the perfect candidate to tamp down any such visceral racial reaction against Democrats. It would have to snow heavily for anyone other than Tony Montana having a substance handy more white than Amy Klobuchar. She also frequently talks about how she “protects the community from predators.”

The Associated Press implies that Klobuchar had some interesting methods of “protecting the community from predators.”

With no gun, no DNA, no fingerprints, the case against Burrell revolved around a teen rival who gave conflicting accounts of the shooting. Later, police turned to jailhouse informants, some of whom say they were coached and have since recanted. Alibis were not questioned. Key evidence has gone missing or was never obtained, including a convenience store surveillance tape that Burrell and others say would have cleared him. And the chief homicide detective was caught on camera offering cash for information — even if it was just hearsay.

This doesn’t completely implicate Klobuchar. I can’t imagine the police detectives were highly motivated to go door-to-door in some third world Knee-Grow encampment to risk their lives in a high stakes game of Clue. They probably act like the cop who Fred Reed claims wrote him to announce that police in minority neighborhoods “just let them eat one another.” They have a homeslice on their pad who gives them a name anytime they have a crime. Some poor Knee-Grow, who could have been in a different state when the evil deed was done to the little girl, gets shoved into the pen. The cops go home and drink a cold one.

It then lands on Klobuchar’s desk. Klobuchar is famously a selfish, arrogant, and condescending human being. She acts like the dumb Company Commander who figures that if SPC Snuffy is in my office at all, then he’s a retard and needs to be hammered. Klobuchar can’t even say “Myon Burrell” and couldn’t care less whether he spends twenty years in a Minnesota State Hotel. She buries him like a cat turd in a litter box, brags about how she “protects the community,” and rides it into the US Senate.

As she runs for The !WHITE! House, she presents Black Lives Matter and the NAACP with an existential crisis if she’s on either slot on the ticket. How much will Yale University continue to pay DeRay McKesson in Danegeld if he either stays neutral or endorses Trump because of his sentence reform proposals for poor victims like Myon Burrel? How much can he really say the life of Myon Burrell really matters if he’s out there touting the Social Justice offered by a Sanders-Klobuchar Snow Honkey ticket?

The Race Racket works as long as Professional Knee-Grows own the Democratic Party. When Kamala Harris gets cross-ventilated by Tulsi Gabbard for putting 1,500 away for using the same form of Advil she jokes about taking herself, the Visa Platinum Race Card is coming back revoked.

If this is the case, then DeRay McKesson can go log in at Jobs.Com and spiff that whole resume up a bit. If Kamala Harris goes down for jailing random black people in order to boost her career, the Professionally Offended Knee-Grow cannot abide Amy Klobuchar rising in the polls after going all over Iowa bragging about doing the exact same thing. The Left becomes an ouroboros over diversity. That should be seen as a good, solid analog to what diversity does to the rest of society as well. Good luck with your pandering, Amy Klobuchar. Ending the power and influence of the NAACP and Black Lives Matter makes you a patriot whether that is your intent or not.

Dumping Conservatives In The Trash Bin of History | Periscope (January 31, 2020)