Was Hitler Inspired By Napoleon? 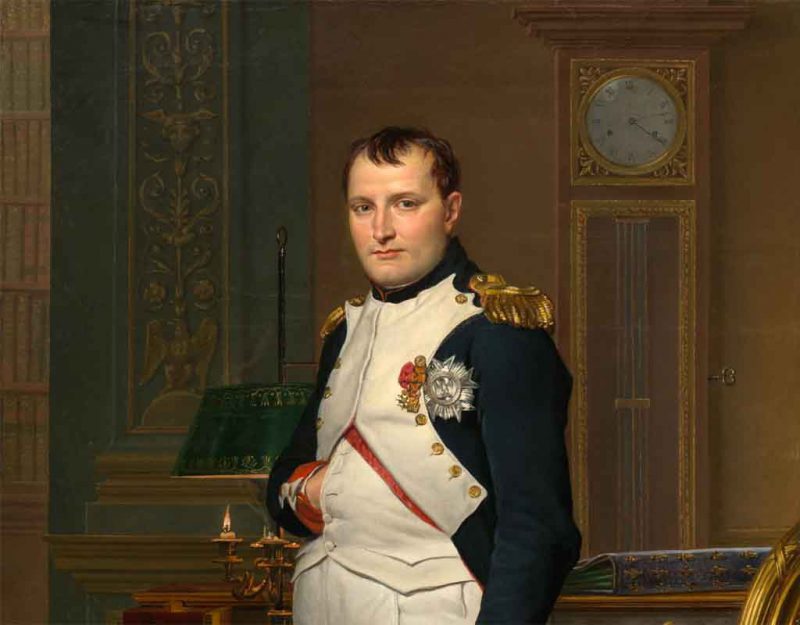 Some of us believe that the German revolt against the modern world (1914-1945) attempted to design a Leftist-style government that achieved Rightist goals, as if it was re-living the French Revolution in an attempt to get it right this time.

After all, the Hitlerian tendency to execute people seemed to shadow both the guillotines of the Jacobins and the gulags of the Soviets, and the insistence on total mobilization mirrored what happened after the French Revolution failed and required militarization to unite the country.

Some suggest that the similarity goes further and the Holocaust was inspired by Napoleon:

His accusations refer to the extreme methods used to put down a ferocious uprising in Haiti at the start of the 19th century. Then known as San Domingo, the colony was considered a jewel of the French empire and to save it troops launched a campaign to kill all blacks aged over 12.

“In simple terms, Napoleon ordered the killing of as many blacks as possible in Haiti and Guadeloupe to be replaced by new, docile slaves from Africa,” Ribbe said yesterday.

He said he had found accounts from officers who refused to take part in the massacres, especially the use of sulphur dioxide to kill slaves held in ships’ holds.

We can see how well that works out. Mass killings tend to disturb those who are forced to conduct them, and usually only kill off the weak among your enemies, leaving the more powerful who instinctively evade the dragnet, which will be carried out by unwilling, apathetic troops.

The pattern repeats time and again. The Jacobins killed aristocrats, only to have the most cynical and power hungry rise among them. Napoleon then mobilized all of France, but could never capture a crucial sense of unity, becoming more obsessed by enemies than doing good.

If anything, our quest resembles a spiritual war. We must create the good and exclude the rest, sending them to their own fate elsewhere. It is easier to fight a defensive war than to try to conquer all of the bad around us, after all.