Waking from the dream 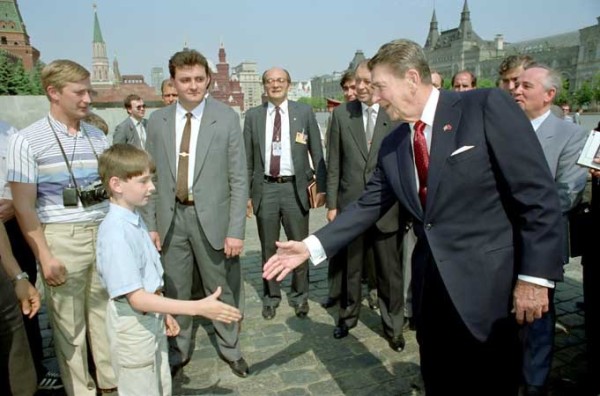 For those of us stuck in the deficit-ridden, austerity burdened, degeneracy celebrating, multicultural, globalist, liberal Nanny police state nightmare of the West, any strong leadership seems appealing. But the opposite of something bad is not always something good.

We desperately year for someone like Ron Paul — who spoke out against the “soft” imperialism of the west and stood up for gun rights — to be a leader and a focal point for the movement against the disease that infects our civilization. When we see leaders in other countries taking a stand, particularly European-descended ones who are unapologetic and strong-natured, we take notice of them. Such is what happened with Vladimir Putin, who has attracted a flotilla of admirers in the West, mostly conservatives, who look toward his strong leadership and perceived lack of politically-correct tendencies.

Until a few nights ago, I like many others in the West who long for a leader of our people with more bravery than salesmanship, was caught under his spell. To see a leader crack down on radical Islam, speak openly about traditional morals, endorse the church, oppose immigration as a solution to population swings, and yet act with force and diplomatic cunning while flagrantly flaunting the decadent West’s liberalism and globalism, cheers us and makes us hope that he is the one to lead us out of this morass. Could he be the one who will create a European resurgence?

Alexander Dugin, a close ideologue of Putin, believes so. He says that Russia wants to “liberate” us Americans from our political class, that we should have a second American revolution, that Russia supports traditionalism in our country and a revolution to take it backâ€¦ Wait, that sounds sounds oddly familiar — Where have I heard that before? Hmmâ€¦

Oh, right. Dugin was a communist. In some ways, he still is a communist. He once created and led the “National Bolshevik Party” which combines the idealism and the shortcomings of Nazism and Communism. Russian “conservatives” hail the Soviet Union. This is a huge problem, because we need to see that Russian ideology is not based on a set of timeless moral principles. Instead, it is based on the idea empowering Russia and Russians above all others. This is not the Traditionalist revolution you seek. It’s swapping one superpower for another, and all the surface “conservative” elements are Potemkin artifacts designed to use you as foot soldiers to bring Russian imperialism into being.

Dugin is simply making a play in a haphazard attempt to stir things up in a less effective but combative role to counter what our CIA does in places like Ukraine and Syria. Dugin wants a revolution here for one reason: it destabilizes Russia’s major competition and Putin’s main rival: the United States of America. Two events convinced me that this is true and thus, that Putin’s “Traditionalism” is merely an act and Dugin its actor.

The first incident happened on that most postmodern of activities, social media. Olena Semenyaka, a writer I respect highly who is now the press secretary of Ukraine’s nationalist party “Right Sector,” was blocked on Facebook by Dugin. He had said that the Ukrainian nationalists were “neo-nazis” as if he were writing American propaganda against European right-wing parties. Olena confronted Dugin with the truth, and he silenced her because she proved to be too tough for him to deal with intellectually and honestly.

Earlier Olena had quietly informed me of Putin’s real nature as well, hinting to me that Putin is no friend of real nationalism and certainly not to the heritage of the West. I did not want to believe her. But the incident in which Dugin blocked Olena for dissenting from the Sovietist party line was the first blow to my idealized view of the Russians.

The second event was the reaction by a Russian contact to an article reciting a rumor that Putin wants to “re-take” Finland. I had stated that if in the unlikely event Russia had decided to invade Finland, I would stand with the United States in support of a massive intervention on behalf of Finland. Hearing this, the Russian contact unfriended me and said rather bluntly “it’s nice to see your true colors.” What was most stunning was that we had a cordial and friendly relationship over the past year. We often laughed and joked, and basically agreed on most issues, but one single remark about a vague rumor spurred her to discard me and silence my dissent.

Up until those two events, I could make excuses about the nature of Putin and Russia. Even though the invasion of Finland is an unlikely event, the reaction of these Russian “right wingers” shows they are not willing to have an open dialogue about the motives and consequences of Russia possibly going too far, and this above everything else shows me these people cannot be trusted entirely. They wish to use us as assets, allies in their fight against our power, and will discard us if we become a nuisance. The Russians do not seem to tolerate dissent â€“ and for those of us in the west, dissent is a part of our culture.

Putin is not a friend to the west. Revolution here (America) won’t lead to an equally strong power balance with an equal ideology, it would lead to Russia taking advantage of the situation and making strategic moves against us. The Russians ensure we know little about them, but we know from experience that they are cunning, ruthless and that their nationalism is primarily concerned with one thing: Russian power. We of the west are concerned for our own kind mutually and must defend our brothers in neighboring lands. We are nationalists, not imperialists. We do not view any of the nationalists of the west as inherently better than one another, but the Russians do see themselves as superior to us. The mythology of â€œThe Third Romeâ€ drives their core ideology and informs them that they are destined to Rule all of Europe and Asia. We as nationalists oppose this, oppose both empires of the east and west, and wish to reclaim our own cultures and keep them strong.

I am not a russophobe, but I am not a “putriot” either. I admire many things about Putin, Russia, and even the Soviet Union (GASP! a conservative said that? oh no!) but I recognize that they are geopolitical rivals, and until the policies of the west change, and the policies of Russia change, and we come to a mutual understanding and diplomacy and stop maneuvering against each other, then we are enemies. We have abandoned the chauvinism that used to plague our nationalist movements, and now we fight alongside each other for our civilization and our culture. We want our mutual culture to survive, which is the crux of our nationalism and the source of its opposition to imperialism.

Putin, a former KGB agent who did well under the Soviets, may be using right wing beliefs in the same way Soviets used left wing beliefs: as an ideological justification for power, influence and control. I want to like Putin because I like many of his policies, but these are surface changes, not deep alteration to Russian society to move it in a conservative direction. With that in mind, it would be gullible for me to take him at face value. His “conservatism” is too easily faked and too powerful as a manipulator, much as Soviet ideological benevolence attracted many during the Cold War.

Many of us in the West have not capitulated to our liberal and degenerate leaders. Particularly in the military our people have a warrior ethos. In Greece, France, Ukraine, Finland, Sweden, UK, and more, our nationalist brothers are rising. We will fight if we have to. We will defend our fellow Western nations. We will not let you simply take lands as you choose. We will respond with overwhelming power and force. Russia and Putin should take note that the west may be in a slump, but it is not dead.

We will not capitulate just because we wish we had strong leaders like Putin appears to be. The West is our home, comprised of our allies, our lands and our brothers. From Ukrainian patriots to Greek patriots, from the National Front to the UKIP, we are waking from our slumber and taking back our lands. And we will fight to the death to defend them. Who dares wins.

#cancelcolbert — no, support him | Soft Totalitarianism