Voters Are To Blame For The Manchester Terror Attacks 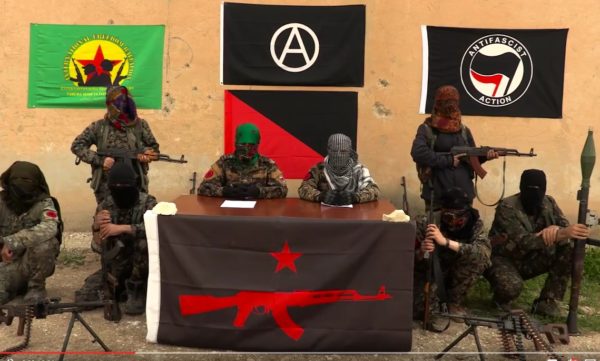 Get ready for the weepy speeches. Prepare to change your Facebook profile picture. Haul out that piano and play “Imagine” in the burnt ruins. Feel the sense of righteousness surge through your veins as you proclaim allegiance to democracy, equality, liberty, diversity, freedom and tolerance in the face of this senseless violence. You know the drill; it is routine now.

Another day, another terrorist attack. We should have no sympathy for the victims: they voted for this. Every election where we have a chance to cut back on the root causes of terrorism — namely democracy, equality, liberty, diversity, freedom and tolerance — the voters bow their round heads and go in there and affirm the same insanity time and again.

So some of them got blown up. Cry me a river; they are morons who supported this stuff. Certainly they have someone they want to scapegoat for their failing. They will blame politicians, the media, academia, anyone at all. They want to dodge responsibility for the fact that they are voters in a democracy, and that it was up to them to fix this.

That is how democracy works. We categorize political systems by who makes the decisions. In a democracy, it is the voters. If a politician is bad, it is up to the voters to signal enough discontent to get a challenger, and then they must support this person. But they do not. Voters have no responsibility, as they see it, so they pick safe options like Merkel, Macron, Obama and May.

People like that will never change the system. Their interest is in keeping government nice and steady, always growing just a bit and expanding its power. To do that, it needs some justification like diversity. And so they are never going to cut back on immigration, set up social standards, or otherwise reverse the decline. They profit from the decline.

As long as you keep voting for these establishment candidates, there will be more terror attacks. In fact, if you allow democracy in your land, it eventually shifts into this dead-end cycle where it doubles down on its bad ideas and always drifts Leftward, because going Leftward gives government an excuse to expand its power.

The dead lying in Manchester had their chance. Maybe not them specifically; maybe their parents could have changed this. But they did not. And now, like explosions follow pulling the pin on a hand grenade, a terrorist attack has happened. Islamists have never lied to us. They have always said they come to conquer, first with the womb and then with the gun. We knew the nature of this beast.

We also know how democracy and diversity work out. Democracy divides a society into many special interest groups, and eventually just atomized citizens drifting around, with nothing really important on their minds. Diversity replaces the majority — through a process known as soft genocide — with first many warring groups, then a mixed-race beige cultureless herd.

None of these things are mysteries. None of them require all that much thinking to grasp. And yet, the voters go in there every time and pull the lever for evil. Forgive me if I feel nothing for them when that decision (literally) blows up in their faces.

Enigmatic Heartache | Q: What Is The Goal Of Politics? A: The Organic Nation