Q: What Is The Goal Of Politics? A: The Organic Nation 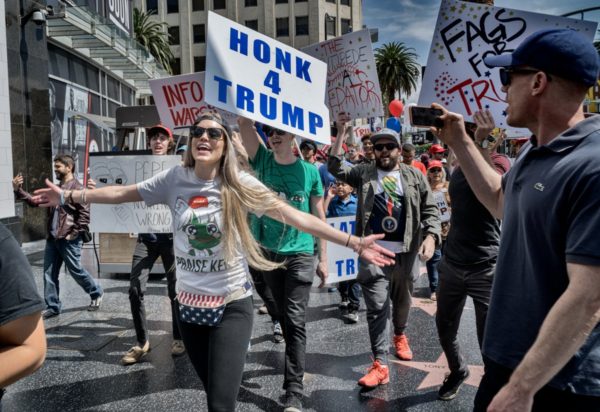 Politics fools us because it erects a false target within the political system itself. That way, instead of trying to do what is right, we do what the system allows.

That includes the voters, who require every topic to be distilled to a simplistic level and converted into an emotional contest. They like anger, but they also love a soft-hearted story. And so, soon all ideas converge on the same few concepts that voters like and politicians can implement within the system.

One of the ways politics fools us is by having us direct our attention toward government instead of nation, and then confuses the concept of nation to mean the nation-state — the institutional entity joined by economic and political systems — instead of the intersection of founding heritage, culture and values that created the nation.

We can find our way around this question by looking into the related query of what “we” should possess as the object of our purpose:

At the center of this movement is a crucial conviction: that a nation exists to serve its citizens.

I wonder how many politicians in the political class believe anything at all like that? Hardly any, I imagine.

For most of them, as far as I can see, government is just a gravy train for their own enrichment. And that was what Trump was accusing most of the people standing behind him on the Capitol of having done: enrich themselves.

Most people think in exclusively short-term bursts, and so they define their interests as a retirement plan, a solid job, lower taxes and more benefits (a paradoxical combination) and a nebulous sense of having “good feelings” about the direction the nation is taking. That last need runs contrary to all the ones previous to it.

A nation does not find itself on a positive direction through the acts of government. It also will not find itself moving in a positive way through paying attention to what “most people” claim to “want.” These things are at odds just like lower taxes and higher benefits. No group of voters has ever seen their way out of this paradox.

The above is correct in its assessment of politicians: they are paid actors who deliver warm fuzzy feelings to voters in exchange for access to nearly limitless wealth. Even if they do not personally own the wealth directly, they can create lucrative consulting firms, build up portfolios through those, and, once out of office, pay themselves massive salaries for life.

But this leads us back to the question of what we should be acting toward, and whether it is a false target or a realistic goal.

There are three basic options:

Modern society is very happy if you choose options one or two. These present no challenge to authority; the selfish person is easily manipulated, and those who give themselves to the group effectively neutralize themselves, presenting no challenge to power and no brakes on the decline.

The organic nation on the other hand requires us to think of a goal higher than self, government or group; it implicitly requires us to think of the long term view, maybe in the range of ten thousand years, and to view civilization through a qualitatively filter, namely asking ourselves how good, beautiful and true everything is.

Those who are born to the Right instinctively think of the organic whole for which they sacrifice, realizing that they are holding back the decay of time and yet, by doing so, find themselves in a state of mind more eternal than temporal, and in this they find great meaning.