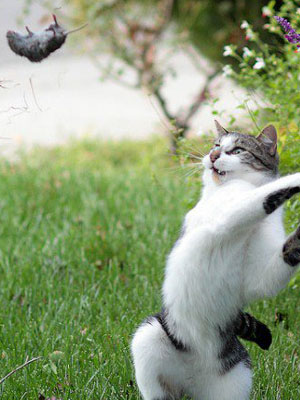 The internet is infuriating because it is not reality. The internet is pure symbol. As a result, no one can tell you’re a dog on the internet, or if you’re pushing a dog of an argument.

In particular, it is popular for random people to follow you around and insist that you’re wrong. “It’s logical,” they tell you, but they are not speaking of reality. They have taken a few factors, cherry-picked data, and spun it to show you a dollhouse world of simple “truths” that do not exist in reality.

These people are infected with a mental virus called liberalism that has suspended their logical thought process. Like other cults, it provides them with a clear definition of who’s OK and who’s not, and offers handy explanations for just about any situation.

They frequently accuse others of hypocrisy for not accepting this tiny little world as a substitute for the large and broad world that we must actually survive in. Let’s take a look at some frequent liberal accusations of hypocrisy and how true they are.

Why is liberalism this insane?

Liberalism is fundamentally a social trope, not a logical one. It is concerned with appearance, not consequences beyond the immediate and tangible. Its point of view is how you appear to other individuals in a social setting. Beyond that, it considers nothing, especially the consequences of its ideology.

The ultimate goal of liberalism is to paint itself as exceptional, and to construe any opposing viewpoint as “like everyone else,” or unexceptional and prone to normal human failings. The liberal cult thrives because it makes its members feel smarter and more enlightened than you.

This is why liberalism is effective at mobilizing large numbers of people from the discontented, failed, alienated, confused, or merely socially promiscuous among us. This is also why it is equally effective at destroying civilization by forcing it to distance itself from reality.

The conservative view is that liberalism is one of many mental pitfalls in life, like alcoholism, cults, self-pity or denial. The liberal view is that only liberalism is true and that everything else is error. Who actually is the hypocrite here?

Apolitical | The death of public schooling