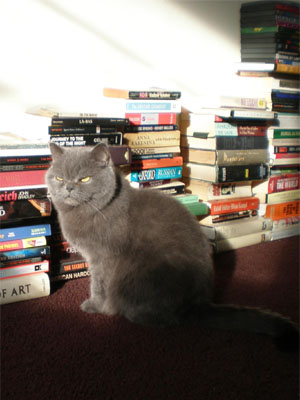 In a society where page views and sound bites count more than results, having any political viewpoint is difficult. No matter which political angle, someone in the crowd will dislike you for it.

People try to avoid this question by saying something like, “There’s no real difference between the Republicans and Democrats, because they work for the same people.” This is an apolitical view, because it endorses a lack of action.

Conveniently, that lack of action — which we might call pluralism — is the foundation of liberalism. All are equal; tolerate everything; since that in turn creates new problems, we need a strong centralized political (not cultural or social) force to Nanny State us into accepting it.

In other words, by not making a choice, you made a choice.

While being apolitical seems like a good plan when expounded upon at your favorite bar, it will destroy your spirit. It convinces you to stop working toward a goal, and instead to chase after false targets while ignoring the one convenient avenue for change, which is using democratic means.

Like saying, “I hate/love everyone equally,” this statement amounts to blaming your lack of choice on something a small group of others have done. You have said that they are both the problem, and that which prevents a solution.

This is parallel to what neo-Nazis do when they claim Jews control the earth and the only way to fix our problems is to wage war against the Jew, or what liberals do when they claim “the rich” or “the banksters” control our civilization. You have placed control of your future in the hands of your enemies.

This process is separate from diagnosis. When we say that liberalism is a mental delusion that destroys civilizations, our message is clear: avoid liberalism, and do find another way to rule ourselves. We are not saying that liberalism controls the earth. We are saying we need another option besides liberalism.

When people declare that both parties are the same, they tend to advocate two types of giving up. The first is to shrug and be “apolitical,” giving up any say in how we are ruled. The second type of giving up is to set an impossible goal, like inventing some third party that magically unites left and right.

As with most useless things, these apolitical options are popular because they let individuals off the hook. With a single statement, you have explained your lack of concern for politics, so it’s back to buying products, producing personal drama, and other activities of as much importance as a squirrel preening itself. Apoliticism is an excuse, not a goal or a diagnosis.

Instead of going down this path to hopelessness, realize that change is in your hands. If even a relatively small percentage of the population agrees on a political idea, it happens. When even 2% of the country form a political movement, they get results.

The real reason nothing happens is that very few people agree on much of anything, and so they make the polite/sociable decision to agree to disagree, which means that nothing happens. The result is that the status quo keeps on trucking, adding more government control and more commercial corruption to our society.

Our Republican party in this country is blighted. Most of the people there are essentially liberals. This makes them very close to Democrats.

However, they’re only in control because no one else has stepped forward to volunteer or seek employment in politics. If those people did, they would replace the liberal conservatives with actual conservatives and the party would take a different direction.

It’s tempting to throw up our hands and give up. But that is exactly what those who would destroy our society want you to do, and they’ll hide that end result in many forms in order to trick you into buying into it.

Interview with John Morgan of Arktos | Us versus them