US Civil War was about ideology, not race 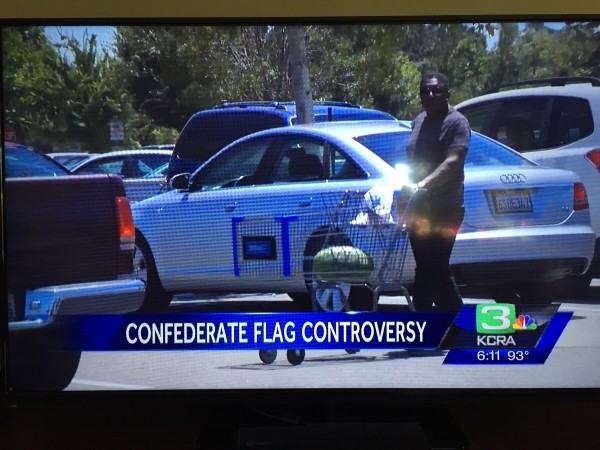 The Civil War (1861-1865) still divides the American public. Its origins remain misunderstood, with the South arguing that the war was a case of states’ rights or the ability to shape their society separately from the intent of Washington, D.C., where liberals insist it was a racial holy war for white supremacy through slavery of African-Americans.

Luckily, a respected historian approaches from a different angle which makes more sense in its historical context:

Fleming contends that the real reason for the war — and for why, of all the nations on earth, only the U.S. associated war with the ending of slavery — was twofold: First, there was the extreme “malevolent envy” of Southerners by the New England “Yankee” political class, who had long believed that they were God’s chosen people and that they should rule America, if not the rest of the world. Second, there were a mere 25 or so very influential New England abolitionists who had abandoned Christianity and even condemned Jesus Christ, while embracing the mentally insane mass murderer John Brown as their “savior.” This is part of the “disease in the public mind” that is the theme of Fleming’s book.

John Brown, who had declared himself to be a communist, had organized terrorist attacks in Kansas which included the murder of entire families who did not own slaves, and the murder of free black men. “Perhaps most appalling,” writes Fleming, “were the murders of James P. Doyle and his two oldest sons, while Doyle’s wife, Mahala, pleaded frantically for their lives . . . . The Doyles were immigrants from Tennessee who . . . had no interest in owning slaves.” Brown claimed that his purpose was “to strike terror into the hearts of the proslavery people.” He planned even larger acts of terrorism at Harpers’ Ferry in 1859 where he was apprehended by U.S. Marines led by Colonel Robert E. Lee, and he was hanged for his crimes.

It helps to recall that Europe was wracked by the Napoleonic wars (1803â€“1815) just a generation earlier, and that those had a similar drift: enforcing centralized liberal ideology through the State over local areas, including independent kingdoms and States much as the South was independent. Liberalism represented on its surface triumph of the common man through egalitarianism, but underneath that shiny exterior it served mostly to empower commercial interests by freeing them from the constraints of culture and those who might know better. Humanity has always been its own downfall, and mobs always demand what is worst for them, and these wars — arising from the French Revolution and bloody mass murder from 1789-1796 — showed the liberal forces attempting to take over Europe.

In the United States, the situation was similar. The South remained agrarian with a high degree of culture, which is why most of the good literature and art came from the South, and enforced that through a strong social order in which a caste system persisted. This enraged liberals, so they engaged on an ideological war against it. Being crafty narrow-eyed Yankees, they chose to pick a fight over an issue the South struggled with: slavery. While slavery was in decline, and many if not most in the South wanted it gone, the problem was that spontaneous manumission would result in a collapse of the Southern economy. The North defined the issue, and provoked the South into a response, at which point the North demonstrated a willingness to conscript as many people as possible into a war it won by numbers and industrial power.

Consider this response from Abraham Lincoln through Ambassador Charles Francis Adams to a letter written to him by Karl Marx:

So far as the sentiments expressed by it are personal, they are accepted by him with a sincere and anxious desire that he may be able to prove himself not unworthy of the confidence which has been recently extended to him by his fellow citizens and by so many of the friends of humanity and progress throughout the world.

The Government of the United States has a clear consciousness that its policy neither is nor could be reactionary, but at the same time it adheres to the course which it adopted at the beginning, of abstaining everywhere from propagandism and unlawful intervention. It strives to do equal and exact justice to all states and to all men and it relies upon the beneficial results of that effort for support at home and for respect and good will throughout the world.

Nations do not exist for themselves alone, but to promote the welfare and happiness of mankind by benevolent intercourse and example. It is in this relation that the United States regard their cause in the present conflict with slavery, maintaining insurgence as the cause of human nature, and they derive new encouragements to persevere from the testimony of the workingmen of Europe that the national attitude is favored with their enlightened approval and earnest sympathies.

One and a half centuries later, we wonder what it all meant. The answer is as simple as it seems: the American Civil War was part of the ongoing world domination by liberalism, which it attempted at first through the French Revolutionary model, then through Communism, and now through European-style “social democracy” mated with American-style industrial capitalism. This war in turn led to others, culminating in the entangling alliances that formed the parties of the first World War, which then in turn led to that fratricidal disaster. The origin of all: liberalism and its ideological compulsion to force others into obedience because it rightfully recognizes the instability of liberalism and thus the fatal threat of any viable competition.

Choose a new flag for Mississippi | Dylan makes a choice