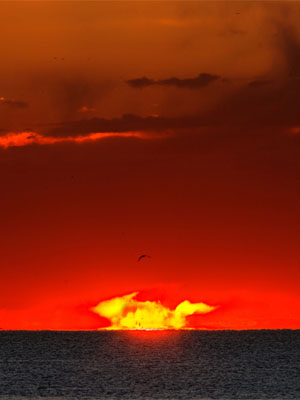 Another day, another shooting. If it is not an Aurora theater riddled with bullets, it is Virginia Tech struck with scorn conserved and returned in hollow points. Or it’s a messy love triangle and suicide at Columine, or Pekka-Eric Auvinen shooting up his school, or Jeff Weise blasting away on an Indian reservation.

Perhaps it is also Timothy McVeigh or Anders Breivik opening fire on those of their own people who they see as complicit. It might even be Varg Vikernes stabbing a bandmate in the skull, or another fellow musician luring a gay man into the woods to kill him just to feel what it is like. And now some fellow with illicit tattoos has blasted up a Sikh place of worship.

The press will bloviate in abundance. They will blame heavy metal, then mental illness, then hate. When that fails, time to trot out the psychiatrists to talk about unfulfilled sexual angst and fecal obsession. What they will not do is pay attention to the killers.

In the words of Auvinen, “Because… I just [expletive] hate this world.” The Columbine killers similarly believed they had no future, not on a financial or social level, but in the fact that their society annoyed them and frustrated them to no end.

It is hard to tell the motives of every shooter, but many seem suicidal. The true ideologues — McVeigh and Breivik — have no intention of suicide. If they go out, it will be fighting, but they prefer (generally) to be able to make a public statement, usually not as complete as the Breivik and Unabomber manifestos, and then live out their days in prison.

What drives people to this frustration is the general lack of organization, purpose and refinement to this society. Just as the science of 200 years ago seems backward and confused to us, in 200 years the social order of today will seem like a nightmare.

In particular, it will be recognized as disorganized and inefficient, causing frustration. Its bias against intelligent people, in favor of the merely clever, will be seen. Its products will seem inhuman and designed to fail. Its inability to stave off long-term catastrophe brought on by its own actions will be seen as a fatal flaw.

It is telling that when shootings happen, most of the talk is empty analysis or moralizing over the dysfunction of the killer. We should look in addition to what drove them, through a combination of desperation and rage, to want to destroy it all.

Our civilization is after all in demographic free-fall. Why are people not producing babies? If they are miserable, and do not want their children to be miserable, they will prevent those children from being produced.

In every classroom, the smart kids are bored; the clever are in the front row, adamant. In every job, the leaders are unconscious at their desks, while the chattering nobodies help themselves to leadership positions and then screw it all up.

Through the device of equality, but even more through its endorsement of the type of selfishness that has the individual believing he is welcome everywhere at anytime, this society has produced a self-sabotaging short circuit. Any good ideas that rise are immediately dragged back under by the personal drama of others.

It is reminiscent of how primitive societies turn on their learned people, call them witches and kill them, or how groups of primates will destroy those who are find a new way of doing familiar tasks. The individual is threatened, so it forms a group of other individuals, and by removing the messenger of unpleasant reality, they pretend they have changed reality.

Actually what they have done is to shoot themselves in the foot. They have traded a short-term solution for a long-term problem. The long-term problem includes the underlying frustration and pointlessness that leads to shootings.

Some shooters are clearly just nuts. The Aurora madman may well be one of those. Others are sensitive people, often of high intelligence, who just can’t take it anymore. They see the disaster that others ignore. Their last act is a combination cry for help, I-told-you-so, suicide and retaliation.

We should not reform our society because these people find fault with it. They are dead and cannot be helped. We should reform it because the same frustration lives in us, and instead of taking it out in a blaze of glory, we live with it every day and become increasingly bitter, taking it out on others.

This way, the frustration feeds on itself and increases to a constant background hum, never breaking into the realm of action but just as certainly preventing us from ever fully enjoying our time. The real shooters here are ourselves: daily we murder our hopes, and destroy ourselves, in the name of just fitting in.