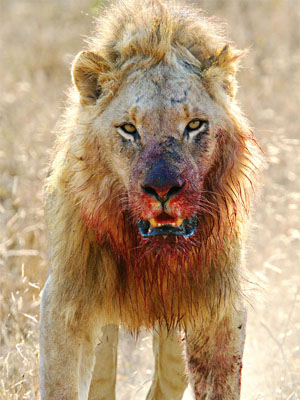 Humans struggle to find a simple statement of their values system or desired society, and usually after enough frustration settle on The Golden Rule.

Its most common formulation is this: “One should treat others as one would like others to treat oneself.”

The human mind being immense and powerful, our tendency is to project onto our world what is in fact going on in our minds. When we translate The Golden Rule through this psychological tendency, we can derive the intent behind the statement, which is “Treat others in such a way that public appearance forces them to treat you as you want to be treated.”

After the advent of socialization, all statements tend to divide into these two parts, text and subtext. Text is what you want others to think you are saying and doing; subtext is what you are actually trying to achieve. In social situations, most statements are justifications for what the person actually wants, even if the justification is made before the act.

For example, politicians often argue about what is good for the poor. All you need to do to justify opening a new plant, or starting a new government program, is to find some desperately poor people that it benefits. This is done before the plant or program ever opens.

Socialization also provides group coercion or peer pressure. You can be in trouble at any instant if the group turns on you, which they will if they perceive that you are not treating all members as if they were correct in their behavior. This instability cows people and makes them more likely to both conform and bully those who do not.

The Golden Rule depends on this fear. If you treat others reciprocally, as if the only issues and concerns in life with the interaction between two people in one moment, you are blameless from a social perspective. The rule disregards long term consequences or any effects beyound the perception of the act by others. It is like reality itself is replaced by human social judgment.

Compassion is a social value. It is popular, and therefore, if you demonstrate it to others (using a neutral third party, like a homeless person, ethnic minority, impoverished child or mentally retarded person) you can make yourself more popular. This is why every corporation is philanthropic and every sadistic leader gets to power by claiming to be protecting one or more of these sacred cows.

Our projection combined with our compassion makes us compassionate for #1 — ourselves — first and above all else. When we see someone in a bad situation, we imagine ourselves in that situation, and therefore we take the side of the person who is the underdog or victim, without knowing or caring to know what they did to get in that situation.

This is why the basis of all socialized morality is permissiveness. The causes or long-term effects of someone’s action do not concern us; all we need to know is that they are a human individual, like us, and they are suffering, like we hope not to. The fear of this result in our own lives makes us turn on whatever ails them.

Like most group mentalities, this lynch mob-like state has its origins in distant primal lore. Hunter-gatherer hominins are incompetent at government, so need to have an anarchistic social structure based on mutual aid. But the instant one individual becomes more competent than others, that state breaks down.

Enforcing that mutuality through The Golden Rule delays the process of the tribe separating, but does so at the cost of stunted government. It is natural for societies to want to keep growing, which if they want to avoid stagnation, involves improvements in ability which means that there will always be a caste or two ahead of the rest.

In contrast to our simple greeting-card view of The Golden Rule, Immanuel Kant offers a variation: “Act only according to that maxim whereby you can, at the same time, will that it should become a universal law.”

What Kant means varies with interpretation, but it seems clear that he is no longer talking about individuals only. When you litter in the countryside, you’re not doing unto others, since you’re not throwing your trash on land that any individual owns.

In contrast, Kant asks you to think of a universal principle. Is throwing garbage into pristine nature something you want to have happen, or not? This question re-focuses our attention on the two possibilities: either it’s moral to throw trash into the wilderness, or it is immoral and should never be done.

Kant also allows for difference of role. A universal principle can be, “Let he who is most competent take more from the hunt.” That is universal in the older meaning in that it applies in every case. It is not universal in the modern meaning, which insists that all individuals be treated the same.

Through this prism we can see how The Golden Rule is wrong. It artificially restrains our thinking to seeing the world as a series of social interactions between two individuals, when the reality is far more complex and includes non-human objects and actors.

Kant’s sense of the universal is tempting also because it allows us to think of things much bigger than ourselves. We should act so that our actions fit in a theater of the beautiful, from the tiniest microbe to the largest historical consequences, if we want to live in a world that is logically consistent and thus understandable.

Even more, he extends morality to mean a sense of order, more than a series of smaller finite transactions. His maxim also removes the power of justification. There is no universal principle in self-advancement, or in demanding that all individuals be treated the same, because both deny the nature of universality, which is application in all circumstances.

Universality under this view becomes a cry not for conformity, and the “interchangeable parts” nature of bureaucracy, administration and globalism, but a call for the type of order in which tragedy, comedy and triumph are in balance. The original universal principle is this type of harmony.

That is too complex for many people, and against the wishes of the fearful individual who desires control because they have not found power through self-actualization, and so we dumb that idea down until we get “Treat everyone nice, because you want to be treated nice.”

In turn that maxim allows us to continue the great modern scam of demanding equal treatment while we are not contributing a commensurate amount to the community. Perhaps it is this leak of profit that gives The Golden Rule its name.

Reds | Until It Explodes