Universals do not exist 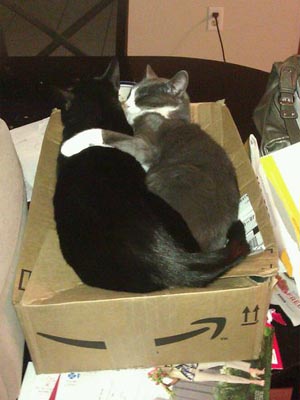 Our greatest strengths are our great weaknesses. Our giant brains, which allow us to do so much, can also deceive us.

Those giant brains can construct logical thoughts which are unrelated to reality. We can make imaginary worlds, or cartoon versions of the world around us, and pretend these mental models are reality.

However, we run into problems. The only way for us to keep up our game of let’s-pretend is to claim that these pretend notions are based on universals, which are truths that we think apply everywhere.

This way we can argue from the whole to the specific. “All rocks are hard, so this rock must also be hard!” — but for humans, it usually involves what we think human nature is.

Reversed thinking of this type always gets us in trouble with reality, which has many divisions, but is popular with other people because it implies we are all the same. That lets us think happy thoughts.

Trapped between (a) those who hate those of other races and (b) those who insist there are no differences between the races, those who can still think must pursue a third option.

Instead of pretending that a universal must exist, either “all people are the same” or “people of x type are bad,” we should face the obvious: each group likes itself and wants to be itself, rule itself and grow as itself.

This is the same way each human family, town or even corporation is. Each has a local culture. Each local culture defines both how things have been done (successfully) and the values that shape that culture.

Some people live in the world of their big brains projecting on reality. These people want happy feelings so much they deny reality, and replace it with a bigotry toward human consciousness.

In the human-consciousness-centric view of the world, what we want and desire is more important than the consequences of our actions. “But I didn’t mean to” and “It was an accident” are popular phrases with these.

Even more, they view the world through a human filter. If you approach it with good intentions, and pretend everyone is equal, everything should work out.

If not, it was the fault of some horrible conspiracy; either way, you’re being a good person and that’s what matters, not the consequences of your actions (whereby good results can come from “bad” methods like war, making money, eating Bambi or sending the homeless to Mexico).

But liberals tend to be narcissists who are doing all of this to make themselves look good, and since they don’t care about consequences, it’s others who suffer:

I am white, 42, and married to a black man. My husband is a fine art painter by trade, and a corporate accounts manager by day. We are celebrating our 16th wedding anniversary this year. We met in college in 1988 and married in 1995. After I earned a masterâ€™s degree, we married and had three children and moved to a midwestern city. My oldest daughter is 14, and I have been a homemaker and homeschooling parent since her birth.

My husband and I are former lunatic liberals. We promoted multiculturalism, the arts and diversity, and we have been involved in our neighborhood association, â€œurban renewal,â€ and the urban homesteading movement in our city. We always thought our interracial relationship was progressive. After marriage we associated with a local group of liberals who dug up their yards to plant food, composted, built rain barrels, breastfed their babies, practiced attachment parenting, planned community gardens, used clotheslines, etc. We did these things too, and in our liberalism, we felt very progressive. We were very popular with our white liberal friends because we were the token interracial couple.

We found a big old house in the neighborhood where my husband grew up. Our neighborhood was one of the original suburbs of downtown where the white folks built their summer homes before desegregation of the schools. Racially the neighborhood is 70/30 percent black and white respectively. We bought our old home, and as liberals, we were sure that we would be exposing our multiracial family to a very diverse and healthy environment. We wanted them to know both sides of their family.

Things have not worked out as planned.

Living in a mostly black neighborhood has cast a very harsh light on black culture for me. All of my liberal illusions have been shattered. I have realized how much hatred and anger blacks have for white people. I have lost so much hope and innocence just by living here for nine years. I often feel that I have been beaten over the head with a big stick. I have read so much about HBD (Human Biodiversity), race, black culture, white culture, white nationalism, and other topics that I had never even known about. I have struggled to have a voice, and to use it without choking up.

We have never experienced white racism as a couple, only intolerance from blacks. All of our friends comment about how annoying it is that we still like each other so much, and that our children are so well adjusted and sociable. We still have date night on Tuesdays and leave the kids on our anniversary to travel to a far off place. My mother-in-law teases that we are always talking about each other fondly and she makes fun of us. But she still denounces our marriage. I donâ€™t blame her. She wants her grandchildren to look like her. I have realized that that is normal for everyone. – The Thinking Housewife

Poor, poor woman. She has clearly been misguided by liberalism, which believes in universalism. In that view, we are all the same under the skin. Even more, we want the same ideal, which is to be happy mixed-race people.

Reality intervenes. She discovers that African-Americans, instead of wanting to be “saved” by white liberals, want to keep their own communities, and keep improving their own lot in life. Not be objects of pity.

Too late she realizes that her ideas were off-base. Where did she get such nutty ideas?

Our parents are both divorced, and so our children have very little interaction with their grandparents. My mother was a radical feminist and a liberal, and fought for the rights of gays. She has been divorced twice and I have met my father only once when I was 16. While I remember my Southern conservative grandmother telling me how different blacks were from whites and that I should avoid mingling with them, I always felt that she was just a mean old racist. My mother taught me that the races are all alike, and she and my stepfather sent me to mostly black inner-city schools to show everyone how tolerant they were. I have had to figure it all out for myself.

Now here we are! What my mother taught me is not true. The rejection of my marriage and children by my black in-laws, and the complete destruction of our entire extended family by divorce, has helped me to turn inward to my immediate family in order to protect them.

Her neurotic parents rebelled against her conservative grandparents. The act of rebelling makes one an egomaniac: it’s a way of seizing power for oneself against the wishes of the parents, but in the process, it turns our focus toward ourselves and away from the values system that makes a community.

Perhaps our focus on the universal is all wrong. The universal, after all, exists in the self; it is us as individuals projecting ourselves on the world, including the community. Maybe what exists instead are specifics, everywhere.

An article posted online on Monday by Psychology Today provoked controversy and cries of racism. The title of evolutionary psychologist Dr. Satoshi Kanazawa’s piece: “Why Are Black Women Less Physically Attractive Than Other Women?”

Let me advance a radical hypothesis here: to Caucasian people, African-descended people are less attractive. (This probably applies to every ethnic group except African-Americans.)

After all, white people respond less to African-Americans on dating sites. White men even seemingly eschew rape of black women. Despite a massive media blitz encouraging worship of African-American culture, multicultural and interracial dating, fewer than one in 20 Americans marry outside their own race.

Instead of a “diverse” state where majority-minority tensions rule the day, and African-Americans live in poverty while white liberals claim to be enlightened for interacting with them, African-American self-rule would mean that the rules fit the community, not some made-up universal.

While for many years our society has pushed hard toward diversity/multiculturalism/miscegenation, the collapse of global liberalism — a parallel to the fall of the Soviet Union in 1991 — as a result of its own unrealistic policies has, in the long run, empowered us to see outside the box.

Nationalism, or the idea that each ethnic group define its own standards and rule itself, is on the rise. Universalism is declining. With fortune, we will hear fewer of the shattered liberal stories like the one quoted first in this article.