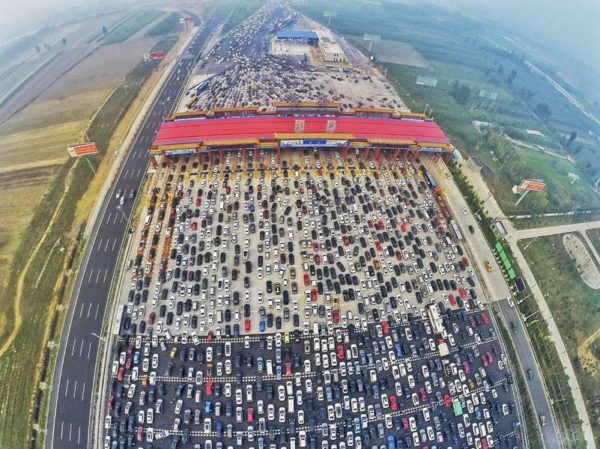 Jobs occupy two roles: they provide income and keep people busy. In a mass culture where almost everyone is an extravert, giving people something to keep them occupied is essential, or they will rage around in existential confusion and accidentally sabotage civilization.

Our problem is that, compounded by immigration and sending women to work, there are never quite enough jobs, or good jobs, and most people end up camped out doing non-essential stuff, make-work and activities designed for optics not effects.

Traditional societies solved this with a caste system that gave people a narrow range of jobs at which they could be good, eliminated immigration and kept women at home. This enabled each person to have greater job security, more time off, and higher wages than they do in the modern era.

As financial misery spreads, many of our “new titans of industry” are now encouraging the adoption of a universal basic income as a type of backdoor socialism, but also a swift capitalist move to reduce the number in the work force:

In a â€œutopian version,â€ the money would â€œsit alongside existing programsâ€ and go to every man, woman and child, Foster said. But if you made it enough to keep people above poverty â€” $1,000 a month is a popular number â€” â€œit starts to add up to a very significant portion of the GDP,â€ Foster said.

Thatâ€™s why some proposals would reduce or eliminate payments to children or to adults over 65 if they are getting Social Security and Medicare. Some would limit the benefits going to high-income people, either directly or indirectly by raising their tax.

Assuming that this is not simply a callow political ploy would be silly given the history of “free stuff” from government as a vote-buyer, and also the ambitions of many of these titans to run as Leftist candidates in upcoming elections now that Bernie Sanders and his wife are trucking off to at least an IRS audit but quite possibly jail.

If it is not a political ploy, it is a strikingly bad idea. It would be massively expensive and necessitate raising taxes, which further puts Americans into the hole of government manipulation. Further, any time one dumps free money on the population, it tends to devalue the currency further, not in the least because subsidies are less friendly to economies than productivity.

But another point comes to us from the always-interesting Ramzpaul, which is that this program may be too late. Most jobs are government creations at this point, anyway, where someone can show up and waste eight hours of their lives doing busywork just like in school. Adding another layer to this could bring everything crashing down.

Maybe UBI would make more sense if we traded it for jobs that are not economically viable but socially necessary, such as extra security guards and cultural activities. Then again, this would merely cheapen the latter by flooding it with semi-competents.

Perhaps a better idea would be to lower the cost of living by dropping all entitlement programs and thus cutting taxes, then cutting out most regulations, and finally reducing population by repatriating immigrants. To follow that up, if women left the workforce for the most part, the remaining workers would see their value rise, and thus we would have fewer demands for backdoor socialism.

Podcast Episode #10 | Interview With Brett Stevens on The Uprising Review