Unions are great at exporting jobs to China 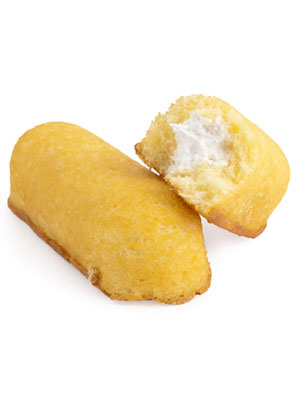 An American icon has fallen.

Although repellent as a food item, the Twinkie did exemplify America of the old days. In that time, there is no nanny state. If you want to eat a sugar-filled inflated cake, it’s not our job to stop you.

That kind of system works only where each person is responsible for the consequences of their own actions. The instant we start paying for their retirement, health care or other issues, we the collective have an interest in what they do.

America of the old days would scare many kids today. There were not many warning labels. Firecrackers came in sizes big enough to actually blow your hand off. You were expected to know that things like live wires, chainsaws, snakes, bats, explosives and drugs could kill you.

This kind of America is great for those who have a purpose in life. There are few restrictions and thanks to the low overhead and socialized cost, you can do what you need to in a short period of time with low cost. There’s not much surface tension.

Amerika on the other hand is designed around the idea that we take care of everyone. This means warning tags, many rules and regulations, a safety net and subsidized services.

For the last 220 years our intellectuals have been enamored of this model. Why? Because it is a bribe. It’s a bribe to the great unwashed, the workers, the angry mob, or whomever, that we pay them to be (minimally) fat and happy in exchange for no riots or revolutions.

The problem with this model is that there’s huge surface tension. Getting anything off the ground takes more effort, and everything costs more, because instead of support two waitresses, a cook and a restaurant owner when you buy a sandwich, you’re supporting those people, a legion of bureaucrats and dependents, and the government required to enforce it. Society becomes stable to a point of fault.

You can get away with these changes for some time, like you can get away with anything for some time. European and American history is like a heroin addict winning the lottery. The lottery we won was based on the strength of our people and our technology, which enabled us to cruise by under bad government because we were naturally going to be prosperous with our above-average intelligence, health, strength and abilities.

We can call this surface tension socialism, which is somewhat true, or just cut to the root of both socialism and other forms of this idea: it’s a universal subsidy. To make people equal, you need to stop enforcing quality and start forcing acceptance. That means you subsidize, whether by knocking down the mighty or sending monthly checks to the lowly.

One form of this subsidy is the union. Unions, long linked in American lore to organized crime and corrupt political machines like the one that dominates Chicago, Illinois, are collective bargaining agreements by workers. More accurately, they represent the threat of workers walking off the job and stalling the company. These events, called “strikes,” are massively destructive to industry.

Unions know this and they keep the strike in hand as a nuclear option of sorts. Like most subsidists, they are liberals, and support liberal candidates exclusively. Protected by laws made by left-wing presidents, and generally defended by the political machine in their hometowns, they can strike with impunity. And like most leftists, they win — in the short term.

The example of Hostess and its disgusting little yellow cakes provides us with yet another instance of unions destroying the power of American labor. Most of these instances go unseen. For example, in the 1990s, many firms moved labor offshore or moved some production to lower-cost nations. What helped encourage them to do this? The instability of American labor scared them, as did the high costs created by subsidist regulation.

That’s not to say that American workers will not always be more expensive than third world workers. For now, we are a first world country. We will always cost more to some degree as a result. However, setting up in the third world has other costs that we do not in the first world. Private security is a big one, as is reproduction of the infrastructure we have here in places without consistent electricity, water, transportation, etc. But the subsidists crank this up to a whole new level.

“We deeply regret the necessity of today’s decision, but we do not have the financial resources to weather an extended nationwide strike,” said CEO Gregory Rayburn in a statement.

Businesses respond differently to challenges than private individuals. If something is unstable and too expensive, like the internet, you route around it. You don’t fight it, or take your case to court or Congress, unless you really just have too much money sitting around. Instead, when the union comes, you open that new plant …in China. You delay that expansion. You hire a call center in India, replace workers with robots and machines, perhaps even hire illegals. You work around the problem.

Back to Blood by Tom Wolfe | Success