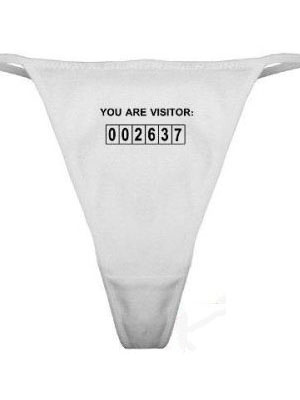 It is spreading your seed, or watching those seeds mature into healthy, intelligent and thoughtful future generations?

The conventional mythos is that men are seed-sprayers and women are child-raisers. In this narrative, men want as many sexual partners as possible and women want as few as possible, because they have different strategies for reproduction.

It turns out that the division between strategies is not one of gender, but of intelligence:

All of the research that we have show that itâ€™s only a minority of guys who have multiple partners per year, and I typically talk about this as three partners a year because thatâ€™s the Casanova average. Itâ€™s actually a minority of guys who want multiple short-term partners â€” that even comes up in the evolutionary research. The evolutionary argument basically goes that guys have the ability, theoretically, to produce hundreds of children per year, and they can never quite be 100 percent sure that any child is theirs, so they should spread their seed widely. But what gets left out of that is the fact that if you want your genes to go beyond that next generation â€” beyond your children to your grandchildren, then your odds are better if you actually stick around and help raise that kid until that kid is old enough to pass on his or her genes. – “Expert: Guys donâ€™t want casual sex!”, Salon, November 17, 2012

In other words, the popular myth that we’re wired as seed-sprayers and nothing more is wrong, because it’s mathematically wrong.

Nature rewards not the casual sprayer, who basically dooms his seed to poverty and dysfunction, but the committed raiser.

This means that those who want their seed to persist, whether male or female, are going to choose the “raising” strategy. It’s not just for women; it’s for anyone who wants to succeed at what they do.

This is borne out in some controversial but enduring research:

The symbols r and K originate in the mathematics of population biology and refer to 2 ends of a continuum in which a compensatory exchange occurs between gamete production (the r-strategy) and longevity (the K-strategy). Both across and within species, r and K strategists differ in a suite of correlated characteristics. Humans are the most K of all. K’s supposedly have a longer gestation period, a higher birthweight, a more delayed sexual maturation, a lower sex drive, and a longer life. Studies providing evidence for the expected covariation among K attributes are presented. Additional evidence for r/K theory comes from the comparison of human population known to differ in gamete production. – “Do r/K reproductive strategies apply to human differences?”, J.P. Rushton, Society for the Study of Social Biology, Fall/Winter 1988

r-strategy and K-strategy are opposite ends of the reproductive spectrum.

r-strategy is semen spraying. Get it into as many wombs as possible.

K-strategy is raising. Get semen into the right womb, which involves natural selection style choosing of a mate, and then raise the kid well so it in turn can prosper.

All men are wired for what again? The error is in the all men. Men are varied.

Good men — men with belief in life, in themselves and in doing right as a form of achieving good results — tend to use the K-strategy and aim toward marriage.

Broken men — raped men, beaten children, or just bad examples of humanity — tend to swing toward that r-strategy and justify it with some hollow self-serving logic about sexual freedom.

The same is true of women. Smart women pick partners carefully, and keep the value of their sexuality high by making it elite. They hand it out to no one except someone worthy of reproducing with. This is a zero-error strategy.

Dumb and broken women pop open the pouch for any Tom, Dick and/or Harry (sometimes simultaneously) and then try to compensate for lack of quality with quantity. They keep popping them out, and demand the rest of us treat their little idiot offspring as “equal” because that way these broken people don’t have to face their own errors.

Which kind of person are you? Basement-dweller, or future superman? Your sexual history reveals your quality. Your sexual choices reveal how much you think of yourself.

You can’t escape it.