Understanding The Use Of Tolerance To Promote Tyranny 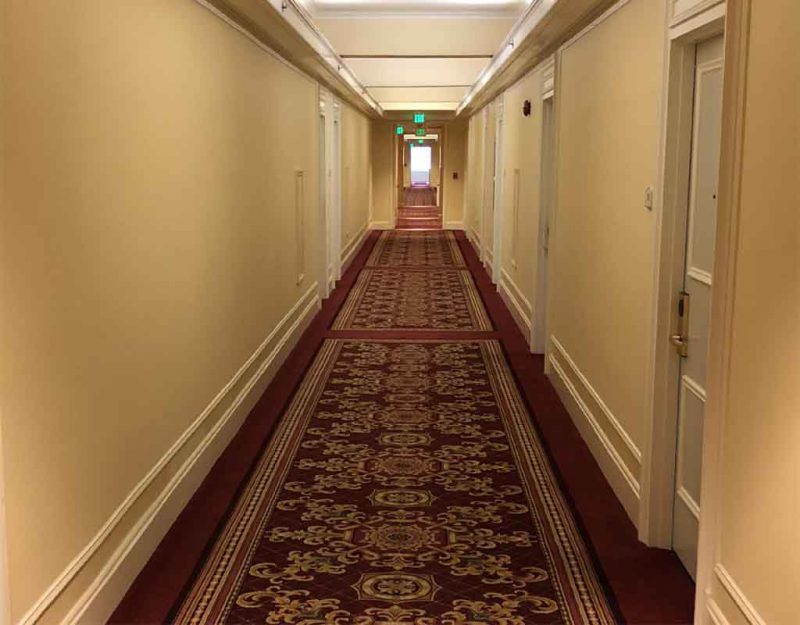 If you want to sell something dubious, you have to disguise it as something beneficial. You cannot admit that those tasty-looking bacon cheeseburgers might turn you into an obese heart health patient, but you can sell them as delicious and likely to be popular among your friend group.

The Leftist-dominated West hit on two formulas for selling Leftism, following up on its original promise of avoiding tyranny: first, that it allowed personal freedom of a libertine nature, and second, that it allowed freedom of an economic nature through choice of consumer goods.

We fought the two world wars so that democracy, personal freedom, and civil rights could win out over strong power, duty, and nationalism. With that, we essentially abolished culture and social standards in favor of societies designed to facilitate the choices of individuals.

As the Cold War deepened, we took this further. In the 1960s, the West offered free love, drugs, rock ‘n roll, and the ability to be as freaky as you wanted and to violate social standards. This drove the East further into rigid social order, ultimately harming them, but the West still had to coexist with hippies, unleashing a horde of people with mental problems and sexual perversions.

We later hit upon the idea of consumerism as a positive. Western jeans commanded impressive prices behind the Iron Curtain, and the opulence of the West finally seduced the East:

Yeltsin, then 58, “roamed the aisles of Randall’s nodding his head in amazement,” wrote Asin. He told his fellow Russians in his entourage that if their people, who often must wait in line for most goods, saw the conditions of U.S. supermarkets, “there would be a revolution.”

“Even the Politburo doesn’t have this choice. Not even Mr. Gorbachev,” he said.

The fact that stores like these were on nearly every street corner in America amazed him. They even offered free cheese samples.

About a year after the Russian leader left office, a Yeltsin biographer later wrote that on the plane ride to Yeltsin’s next destination, Miami, he was despondent. He couldn’t stop thinking about the plentiful food at the grocery store and what his countrymen had to subsist on in Russia.

“When I saw those shelves crammed with hundreds, thousands of cans, cartons and goods of every possible sort, for the first time I felt quite frankly sick with despair for the Soviet people,” Yeltsin wrote. “That such a potentially super-rich country as ours has been brought to a state of such poverty! It is terrible to think of it.

If anything brought down the Soviets, it was the simple yearning of their people for Coca-Cola, Blue Jeans, the Rolling Stones, McDonald’s, and Marlboro cigarettes. They were outgunned when it came to personal comfort, and so the people turned against the state because they could visualize in tangible terms what it did not give to them.

A cynical observer might (correctly) note that the West destroyed the Soviets with a lower common denominator attack. We did not beat them on high-minded theory, but on the day-to-day experience of their citizens, which admittedly was pretty bad.

They could endure this experience if they could believe in it, for example thinking that it made their state stronger or better. However, they were seduced by the equivalent of shiny objects to a magpie, and it caused them to lose faith in their own system even faster.

With these two things joined, libertinism and consumerism, the West realized it could destroy any group which had higher standards. Organized crime? Offer them witness protection and the lack of need to ever work again. White nationalists? Give them access to all the meth they can handle. Ancient cultures? Send in the pornography, junk food, salacious movies, corporate make-work jobs, rock music, free love, cheap beer, gadgets, and entitlements-paying bureaucrats (we wink and nod knowing that drugs and prostitution will come with them). People will feel more powerful as individuals with these things, and this The Enlightenment&trade-style attack breaks down their will to uphold the difficult standards of culture, religion, heritage, history, morality, and wisdom. Even the wisest sage can be broken when attractive females and hedonistic lifestyles appear.

We like to spread these things to other countries because we want to make them weak, grind down their social order, and make them obey the same carrot-and-stick lifestyle that we live. We are like a virus, breaking down their order in order to inject our own blueprint, so that they become little factories for soulless wrecked people like ourselves.

You can see this in action through the UK cultivating lower-standard versions of its opposition in order to fragment unity and eventually dissolve any competition:

Called This is Woke, the network has pages on Facebook and Instagram and features discussions about news as well as many aspects of the Muslim faith.

Videos on the site talk about reasons for wearing the hijab as well as gender relations and extremism.

The network is overseen by the Office for Security and Counter-Terrorism which said it could not share more details about it with Middle East Eye because this would “prejudice the national security of the UK”.

The first task involves the insertion of self-pity. Your problem is not lack of achievement, it says, but racism. Once people pity themselves, they can be induced to see the world through a negative light except for the one shining truth, equality.

This makes them seek little compensatory behaviors for themselves. In a dark world of inequality, you might deserve that extra spliff, drink, or sexual encounter. You probably should just buy yourself a BMW; you have suffered for it! You are a victim, and the world owes you things.

In other words, Western governments are using woke politics just as they used libertine lifestyles as a means to further subvert any existing orders. This recalls the great propaganda push during WW2 against the Nazis and later against the Soviets, in the name of “freedom” and racial justice.

These join at a simple point — tolerance for selfish and individualistic behavior — that appeals to a lowest common denominator in the target group, leading them to betray themselves and self-destruct. One can only wonder if our governments have done the same to us.