Understanding the extremism of modernity 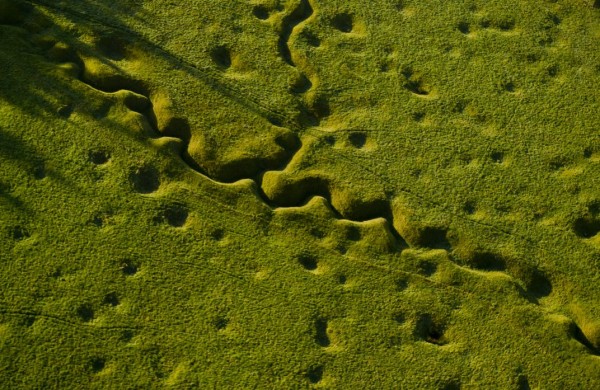 Ideology makes itself tempting by providing a single set of symbols and categories to explain civilization and its problems. What if, on the other hand, politics were not a cause but an effect? Including possibly the type of mistaken effect that occurs when something is used as a justification, or an explanation after the fact to make an event seem favorable.

Biology explains much of our society and its behavior better than politics does. Imagine that society were a single animal, or a herd of animals. Knowing that it was in trouble, perhaps with a disease or famine or threat of invasion, that herd might go a bit wild. It would accelerate normal behaviors of life to extremes in order to save what it could of itself before the end.

Using the herd analogy, a herd under stress tends to produce more offspring so they will outlast its losses. It becomes more violent, both to fend off attackers and possibly subjugate other herds and occupy their environmental niches. As part of this, it forces its animals to demonstrate greater loyalty.

What does this translate into for humanity?

Our past 200 years could be viewed as the spasms of a dying animal or a dying herd. Aware of its short time, it is manically trying to conduct the patterns of life in compressed form so that there is a chance of survival.

This creates pathology where the method is repeated without the purpose, and as the method does not produce the right results, it is repeated even more obsessively. Like instinct in the domesticated animal, it arises out of place and is repeated creepily and fanatically.

For the West, the writing has been on the wall for centuries. A peak of culture, massive internal conflict, massive political instability, lack of good leaders, incursion of commerce into all areas, and lower echelon revolt that seems more destructive than constructive. We can argue about causes later, but it is clear that we are in decline.

That has — like all crises — created a division in our society. At the highest level, there are two groupings of humans: those who recognize the problem, and those who do not. The denialists invent excuses for how our collapse is a good thing, which explains the beady-eyed fixation of the left on the Third World, and/or come up with other “problems” that are not real but will distract us, like the war on drugs or the quest for social justice.

As the doom still approaches despite our efforts, and no real consensus exists about it, people become more frenetic and unstable. Very few of them can articulate what is going on because it requires someone who has the equivalent of a PhD in philosophy and history who also has lived as an outsider, and thus not been tainted by denialism, his or her whole life.

Some exist. The herd takes revenge on them as it always does, by ignoring what they say and then pretending to not notice the steady increase of doom, because this gives the herd power with what it has left. Yet the only real power consists in recognizing the problem and counteracting it, because otherwise all of what we have exists on borrowed time.