The law of unexperienced idealism 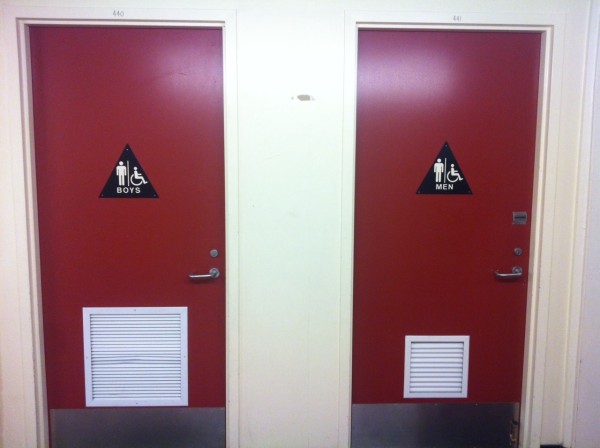 Our society is an echo chamber by design. The herd, knowing in their hearts that their ideas are nonsense, seek others who will affirm the delusion as fact. This allows the group to use its numerical weight to protect its members from criticism with the threat of retaliation. In the time-honored methods of human interpersonal relations, lie will then be treated as fact and resentment will spread.

Most of us can list at least a half-dozen taboo ideas. For example, that most homeless people want to be that way because they are alcoholics, which is why previous generations called them winos and bums instead of the PC appellation “homeless.” Or that your average woman craves nothing more than a strong man, if she can be honest long enough to form the thought. Or that all of our environmental and green programs are worthless, bandaids on spearwounds.

Perhaps the greatest taboo of our times comes from diversity, mainly because it is the final weapon in the quest by our society to self-immolate. When the genetic basis of the population is gone, nothing is left and the laws and institutions will quickly fade. This was the Baby Boomer dream, after all: I hate you so much, Mom and Dad, that I will burn everything you hold dear, including myself.

You can on occasion actually discuss diversity. People will bring it up, and not just to affirm The Narrative. This triggers its defenders to swarm and wherever they are, if they get wind of it, they will drop what they are doing and rush toward you. Their strategy is the shotgun blitzkrieg: throw as many reasons out there as possible not to land a solid punch but to overwhelm you so you trip up in addressing any one of them. Then they say, “See, this guy is a fringe element who is probably cracked and should be ignored.” Back to business as usual.

If you respond with “This issue is not relevant to me” or “I am self-interest, and I do not care,” they will take that as a talking point to wax eloquent about how they care and you are, by implication, the opposite of the good and selfless profound educated altruists that they are. Their goal is to bully you and make you back down and then to humiliate you. It has no truth quotient; it is all appearances.

In such discussions, a rule that I call the “law of unexperienced idealism” comes into play. If you turn the discussion toward questioning the benefits of diversity (as opposed to attacking its disadvantages), they will start the tape reciting the usual platitudes. During this discussion, the possibility of “restaurants” being mentioned approaches one.

Many a time a brave warrior has ventured forth with classic Socratic verve and debunked every one of the pellets of the shotgun blitzkrieg attack. This leaves the opposition retreating into the area that Socrates did not have to explore, which was a simple refusal to pay attention to anything but personal preference. Your average modern person will believe a lie because it flatters them, and when they act on it and create a disaster, will simply go into oblivion and either ignore or deny the chaos they have created.

When all their other gambits have failed, they always start talking about restaurants. The wide variety of foods, how good they are, how they help make you an intellectual, and how food was boring before they had a dozen ethnic restaurants. Never mind that every one of these restaurants is owned by white people and staffed by Mexicans or African-Americans; they will keep banging that tin drum until your eardrums rupture.

The inability of advocates of diversity to come up with solid arguments says a lot about the intellectual bankruptcy of diversity as a position. They say it is a strength; how? It was not needed before. They claim it is educational; how is it more so than a book or film on the topic? They claim it is morally good, but it seems dubious that it is a higher moral good than each group having its own lands. But restaurants? That is pure subjectivity. They choose it, you see, because they like it. They will say this many times over.

When people like me tell you that the root of diversity is in egalitarianism, and cannot be fought without debunking egalitarianism, this is it. When people are equal, it is a valid and presumably true opinion to prefer restaurants to social order. The individual is empowered not only to seek truth, but to deny it or brush past it in blithe oblivion. This is their last refuge and their trump card for all of your arguments.

Diversity implodes in South Africa | Understanding the extremism of modernity