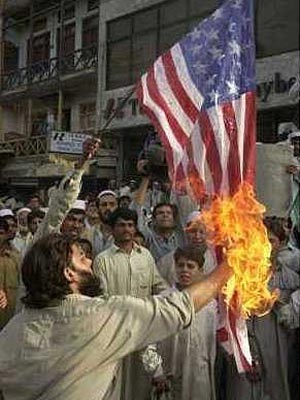 We’re reaching a tipping point here in the West in which people decide whether they are basically conservative, or will follow the liberal paradigm.

For years our people have been publicly liberal, and have supported the insanity when it was in the form of political programs and public events, but in private have made conservative choices.

As always, it helps to remember what liberalism is: rampant individualism leading to narcissism, which creates a vast lynch mob of people determined to redistribute wealth however they can and smash power.

Sort of like those riots in England, or the flash mobs in the USA and Canada.

Conservatism on the other hand is the viewpoint that the larger picture defines our role in it, and that we should become compatible with the big picture and discipline ourselves morally as a result.

Liberalism is an emotion, conservatism is a strategy for adaptation. Liberalism requires an absolute/universal moral “truth” that is inapplicable anywhere but in the human mind, where conservatism picks one of the many available options to it because it works and has for aeons.

The chattering classes are generally liberal/leftist as a means of pandering to the huge audience of angry proles out there who want to blame someone else for their problems. If they can get anarchic wealth redistribution privileges, even better.

But this tipping point is freaking people out, because if even a relatively small percentage of Western people see the light — especially if those are the right people, such as the born leaders, local experts, exemplary folks and trusted advisors — the whole 200+ years of leftism will collapse.

Szymanski and colleagues tested out the spread of opinion using computer models of different social networks â€” one in which everyone was connected to everyone else, one with a few well-connected people and one in which everyone had the same, limited number of connections. In all cases, a few people within the network held an unwavering, but uncommon, belief; everyone else held a traditional view but was open-minded.

They found that, regardless of the type of network, 10 percent remained the threshold required to shift the majority opinion once the true believers began to speak with everyone else. – LiveScience

If one in ten people disagree with the dominant paradigm, it starts to fall.

And then its own size becomes its momentum working against it.

This is why, recently, the McCarthyite investigations are ramping up on anyone who will publicly express an intelligent right-wing opinion.

How else do we explain the existence in this country of wealthy, powerfulâ€”respectedâ€”organizations whose job is to throttle debate? They do not try to refute views they oppose; they try to silence them. They even attack the livelihoods of people who say things they donâ€™t want to hear. If Americans really believed in free speech, they would despise these organizations.

I am writing, of course, of groups such as the Anti-Defamation League (ADL), the Southern Poverty Law Center [$PLC to VDARE.com], and of smaller ones that even use threats of force to silence opponents. Despite their blather about “tolerance” and “diversity,” they cannot tolerate dissent, and they hate real diversity of views. They fear free speech because they fear the power of ideas they cannot refute.

There are many ideas these groups try to suppress, but let us take just one: that it is natural and right for whites to prefer the company of other whites. In the past, virtually all Americans accepted this without question, and even today the overwhelming majority silently endorses this preference through its choice of schools, neighborhoods, churches, friends, and spouses. White flight and self-segregation are almost as widespread as ever, but the apostles of tolerance canâ€™t stand it when someone points out that this is because it is natural and healthy.

Of all these groups, the SPLC tries hardest to ensure that no one ever publicly expresses this idea. It never explains why it would be natural and healthy for whites to prefer the company of non-whites. Instead, it devotes millions of dollars to keeping dissidents off radio and television, out of the print media, and invisible to the public. Its role is like that of communist or fascist censors: to snuff out and punish criticism of the reigning ideology. Who would have imagined that such an organization could prosper in America? – Jared Taylor

This isn’t a new tactic for leftists.

Their weapon: “No one agrees with you” and “You’ll never succeed if you don’t join our socialization cult and start behaving how we think you should.”

Their game from day one has been bullying through guilt, popularity, coercion and outright lies.

But as the objective slips from their avaricious fingertips, they are amping it up.

Wilson said that that panelâ€™s conclusion raises concerns given that â€œvirtually every reanalysis done by the committeeâ€ confirmed that right-to-carry laws reduced crime. He found the committeeâ€™s only evidence that did not confirm the drop in crime â€œquite puzzling.â€ The result that they pointed to was co-produced by John Donohue, a law professor at Stanford, and accounted for â€œno control variablesâ€ â€” nothing on any of the social, demographic, and public-policy factors that might affect crime. Furthermore, Wilson found it incomprehensible how evidence that was not published in a peer-reviewed journal would be given such weight: â€œIt strikes me that such an argument ought first to be tested in a peer-reviewed journal before it is used in this report as a sound strategy.â€

But Donohue wasnâ€™t willing to let Wilsonâ€™s dissent go unanswered, and the attacks became quite personal. In a debate carried nationally on National Public Radio, Donohue claimed that Wilson not only was employed by the National Rifle Association, but had let his employment bias his academic findings…When later called on to justify this claim after the debate, Mr. Donohue did not offer proof, but instead called on Wilson to prove that he had never gotten paid by the NRA. National Review

The goal of the left is not to make sense.

It’s to appease and pander to other individuals who want their needs to come before all else.

It is a social disease of the oldest sort.

Because it’s social, it always comes on with good-sounding ideas that make people happy, so no one will oppose it.

It is not Crowdism, or the condition by which the narcissism of many individuals induces them to form a lynch mob demanding subsidized anarchy, but it is a manifestation of it.

It has been slowly destroying our nations for some time.

So now the chickens have well and truly come home terrifyingly to roost. The violent anarchy that has taken hold of British cities is the all-too-predictable outcome of a three-decade liberal experiment which tore up virtually every basic social value.

The married two-parent family, educational meritocracy, punishment of criminals, national identity, enforcement of the drugs laws and many more fundamental conventions were all smashed by a liberal intelligentsia hell-bent on a revolutionary transformation of society.

Those of us who warned over the years that they were playing with fire were sneered at and smeared as Right-wing nutters who wanted to turn the clock back to some mythical golden age. – Melanie Phillips

This is a conservative view: when you remove social standards so the individual is accountable to nothing but themselves, expect selfishness.

But that is an unpopular view and they call you a knuckledragger for having it. Their fiction is that we live in a “new, enlightened” age where policies of having no discipline, no values in common, and subsidizing people just because they are human and breathing, will save us somehow.

Watch the liberal excuse-making machine on the same topic:

Suddenly this has occurred to everyone. Just weeks before the riots conservative commentator Charles Moore wrote in the Daily Telegraph: “It has taken me more than 30 years as a journalist to ask myself this question, but this week I find that I must: is the Left right after all? You see, one of the great arguments of the Left is that what the Right calls ‘the free market’ is actually a set-up.”

But with all due respect, the only thing astonishing here is the actual astonishment. Who really thought it could simply go on indefinitely like this? Who believed there would be no consequences to the increase of obscene wealth for a few while impoverishment simultaneously plagued the masses. Wealth disparity is no accident of the capitalist system — it is the system. Just as the Berlin Wall and the Russian Gulag were no accidents of socialism, this disparity is reality. Capitalism means that one person owns a yacht with a swimming pool and a hangar for their helicopter, while millions of others haven’t had a salary increase in years. Socialism means equal fortune for all, except for those who don’t play along and end up in prison. – Der Spiegel

It’s not the fault of the rioters. Oh no.

It’s the fault of those who, seeing how society is degenerating, are stockpiling wealth to get out of the game.

They hate the idea that anyone might get out.

This is the fundamental statement of liberalism: we want equality so that it is always someone else’s fault that some perform less than others. And by the way, we want to smash those high performers, who make us look bad.

It’s the pure chimpanzee in humanity coming out in full force. It is not a logical position. It is an emotional one, pure sentiment disguised as reason, allowing the worst aspects of emotional instability to come forth.

Joseph McCarthy, as it turns out, was right: Communists and sympathizers were infiltrating the US government. Now, those sympathizers are ruling the show here in the West, and they’re determined to shut down anyone who disagrees with them.

The important thing is to keep thrusting us toward that 10% turning point. We do this by clearly expressing what liberalism is, and what our counterplan (conservatism) is, and not getting side-tracked by smaller more incendiary issues.

Crush liberalism, and all those insane smaller issues go away.

Fight those issues directly, and liberalism lives, and it will merely re-create them in a few years’ time.

In this time, as always, the only “un-American activity” is that which sabotages the nation. And that activity is liberalism, not a conservative insistence on reality.

Fighting the wrong enemy | Defense against the dark arts