Defense against the dark arts 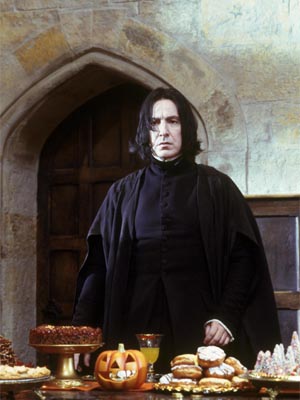 I succeeded in reading one or two of the earlier Harry Potter books, before losing interest, and was very taken with the character of Professor Lupin, who specialized in teaching Defence against the Dark Arts.
Very useful skills, these. One needs such a defence, in a resurgent age of Dark Arts being wielded against the innocentâ€¦

So what are these Dark Arts?
None other than the mind-bending insanity known as Political Correctness, along with the fierce attacks delivered by those rampaging spoilers-of-civilization, known to us traditional humans, as Leftists.

How to defend against such creatures, and their unprovoked attacks? Well, let’s seeâ€¦

Attacks take various forms:
The commonest are the non-sequitur labels, tossed out, willy nilly, that make no sense at all, but can be damaging to the unprepared. Such as: “Racist”, “Bigot”, Nazi”, “Fascist”, “Homophobic”, “Islamophobic”, “Xenophobic”, “Chauvinistic”, “Extremist”, “Violent”, “Misogynistic”, etc., etc., etc.
If you’ve ever been labeled any of these things, then you’ll know, only too well, how very unpleasant it can be.
And so, in the face of such attacks, what can one do to protect oneself? Wellâ€¦

When accused of being:

Easy, isn’t it? It gets ever easier with practice.
Your accuser will always assume you will respond emotionally, as he/she would, to such assault, and be completely neutered by your steadfast refusal to play by his/her rules.
Neuter a Leftist today! Do it again tomorrow. And keep doing it, for as long as Leftists roam the land!

And if you actually are guilty of being any, or all, of the things you are accused of being, then you deserve all you get.