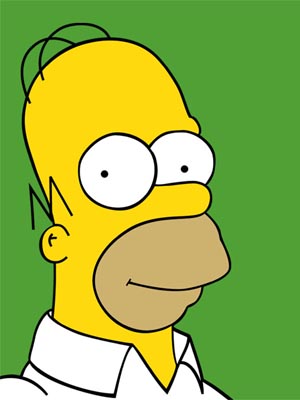 In all my time in conservative politics, I’ve almost never observed people fighting the correct enemy.

They tend to get distracted by flashy targets of opportunity that provide an emotional outlet, and a goal they can easily explain to a crowd, but not an effective changing of the cause of their misery.

Often it seems to me like an enraged boxer who sees a poster of his opponent, so punches a giant hole through that, and then wonders why he’s not champion.

I get into trouble when other people bemoan the “lack of interest” in the right and I say we don’t have a lack of interest — we’re just throwing our weight in all the wrong places.

One reason that we are afraid to attack the real target is that our opponents want to ensure that we never do anything effective, so they criticize us most harshly when we’re closest to the truth. They will also try to con us out of such action through mockery, pretense and finally, all-out tantrum throwing.

That’s just a short list, to give you a taste of this kind of thinking. For most, this kind of thinking is like a cool mountain breeze. You no longer have to continue jousting at windmills manufactured by a liberal media establishment and the fond wishes for oblivion of others; instead, you can tackle the real problems.

Which brings us to white nationalism.

This blog will never endorse white nationalism, although we will never turn our backs on the legitimate concerns it raises. Instead of taking those as targets, however, we will interpret them in the broader context of our paleoconservative, New Right, deep ecologist and Traditionalist outlook. Conservatism is a whole ideology; white nationalism really is not — it’s more of a single-issue vote.

It also hides the real question. The question is not nationalism per se, but the crushing of liberalism.

Liberalism does not permit you to choose a social order. You have individual decisions only. To think otherwise is to deny the equality of all people.

Conservatism permits you to choose a social order, and to say that yes, you prefer to live, work and interact with people like yourself, and that such a statement is not ignorant but in fact enlightened. It is a better type of order for the whole world if each ethnic group gains self-rule and the right to its own social standards and values.

Race is not an issue in and of itself. It is a means to an end. That end is egalitarianism, or the notion that we are all equal.

Back in the days before the French Revolution of 1789, “common sense” included the notion that much like we breed livestock, your parentage determined your abilities. Your possibilities were (mostly) encoded in your genes.

Now, that notion is nearly taboo. People want to believe that we’re all equal, meaning alike under the skin, with equal abilities. That way, if someone is poorer than another person, it’s not the first person’s fault. It’s just injustice.

Liberalism is composed of many such comforting notions which are designed for the lower half of society, not the higher. (If you scored an A on the big math test, you don’t want to hear about how we’re all equal. But if you got a D or an F, you sure do. You want anything to explain away your failing.)

Any time someone points out that we differ in ability, the liberal/leftist quakes in his boots. Here is the unraveling of every aspect of his belief, since liberalism is a house of cards built on the notion that all people are equal. How can he stop you?

Well, he can call you a racist.

Most people hate racism because it seems unfair. In fact, I dislike racism for that very reason; I don’t want to call others inferior, or harm them, but I do want to live among my own. These two goals are compatible although saying that, also, is taboo.

When leftists invented the term “racist,” they hit a gold mine. Anyone who mentioned that people were unequal could be accused of being racist, since inequality includes (but is not limited to) evolutionary differences between races. This hides away their real concern, which is the difference between social classes. Again, corporate lawyers are generally smarter than bricklayers, but that’s taboo to say.

University of Manchester scientists, working with colleagues in Edinburgh and Australia, have provided the first direct biological evidence for a genetic contribution to people’s intelligence.

Previous studies on twins and adopted people suggested that there is a substantial genetic contribution to thinking skills, but this new study — published in the journal Molecular Psychiatry — is the first to find a genetic contribution by testing people’s DNA for genetic variations.

The team studied two types of intelligence in more than 3,500 people from Edinburgh, Aberdeen, Newcastle and Manchester. The paper, by Dr Neil Pendleton and colleagues, found that 40% to 50% of people’s differences in these abilities could be traced to genetic differences. – Science Daily

Look at the vast artifice of experimental data, reams of published paper, and centuries of political posturing we have to go through in order to re-affirm what common sense knew two centuries ago: your heritage determines the greatest part of your abilities.

That means we’re not all equal. That invalidates leftism/liberalism. As a consequence, the first thing leftists will do with this data is “caution” that it could lead to “racism,” which for the left is anything that does not insist that we are all equal in ability under the skin, absolutely and forever and ever, amen.

When you go to fight a great injustice, make sure you get the infection, not the symptom. In the modern West, race is a symptom of our manic need for equality which originates in liberalism. African-Americans, Jews, etc. are not your problem — liberalism is.

Fight the right enemy. Work to destroy liberalism, and release the millions of minds enslaved by its convenient lies, and you end the illusion of equality. That will in turn remove our taboo on wanting to live in a community of people like yourself.