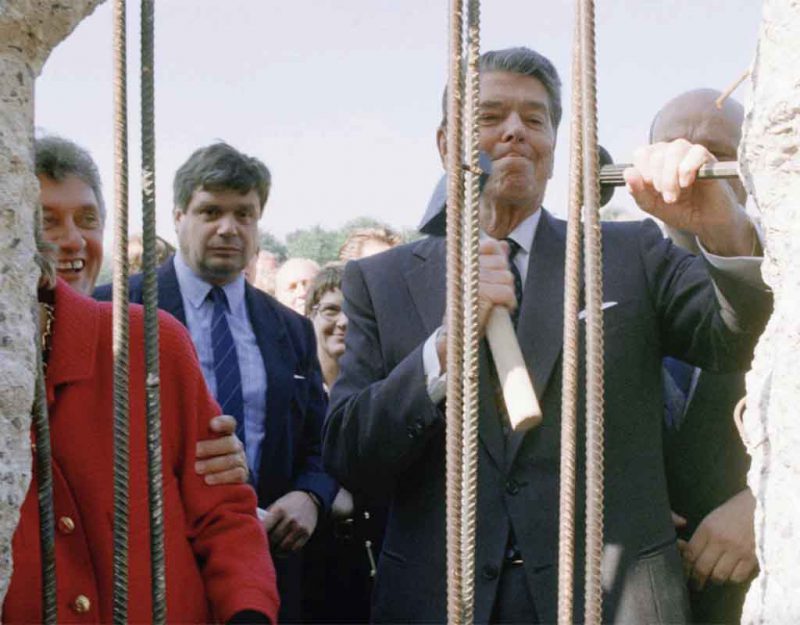 Despite the Allied success in WW2 and the subsequent establishment of world peace, a binary arrangement ensued with the Iron Curtain. When the wall fell, people thought it was all behind them and that they could finally be happy.

The dream of happiness in a Uni-polar world died when Obama led America into seven wars and Mandela policies led to the economic destruction of his country. Most people have come to conclude that the New World Order no longer makes sense.

They find themselves trying to connect the dots. One of whom is the President of France.

We already understand that social science is fake, and that most of it emanates from US Academia and its State Department, weaponizing human rights in an Invade-Invite geopolitical game that appears to undermine America itself. But that there is a cultural compatibility  between France and America was missed by most.

Apart from the slightly nebulous common factor of “social science”, another, more physical indicator pointing to the similarity of cultural problems within US and France (over the same time period), is the sudden increase in murder rates.  (We already know that American murders increased about 30% last year, following diligently in the footsteps of the Mandela regime)

With a peak of 4,472 murders in 2020, France recorded one of its worst scores in 20 years. Criminologist Alain Bauer speaks of a “murder epidemic”. Murders jumped by 90 percent in the country.

These cultural similarities went totally over the heads of the Harris Administration where all of Obama’s White House staff appears to be back in the saddle (such as the infamous Victoria Nuland). So they persist on re-militarizing American trade routes, focusing on Russia and Iran. This resurgence of the 1980s geo-politics does not make sense and now it is tearing, not only American culture apart, but also French culture and hence, threatening Russia.

But while Macron is young and inexperienced, Putin is not. He was prepared for the Two -World scenario. As usual the Russians do not mince their words and they describe the two worlds, not as left vs right or capitalism vs communism, but as headless chickens vs the bear.

If you think it sounds ominous, then you would be correct. The poisoning of Putin’s political rival was an American setup. The mistake they made was to work through the culturally incompatible German agencies.

This time around, some US intelligence agency (probably the CIA) then passed the baby to the German BND which was supposed to act as an intermediary to give the US “plausible deniability.” The big problem is that the Germans apparently screwed things up, and the plan was a flop.

But fake social science always leads to fake leaders with mental paralysis and the Russians have realized this.

The crucial factor to consider here is this: while the aggregate power of the US+NATO+EU+5EYES is bigger than Russia’s, the mental paralysis of the EU leaders makes the EU alone already much weaker than Russia.

What Macron is slowly realizing, is not only that fake American social science is tearing French culture apart, but that his country is literally dependent on the good-will of Russia, which they now withdrew.

Lavrov bluntly said “We are proceeding from the assumption that the EU is not a reliable partner, at least at the current stage. I hope that in future strategic attention will be given to the EU’s fundamental interest in its closest neighbours and that the talks we have held today will promote movement to a more constructive trajectory. We are ready for this.”

It is not just that America is torn apart encouraging calls for unity, it is that America’s fake social science is tearing the world apart and this time not only France will suffer badly, but they will take Europe down with them.

It appears that America has lost its credibility and people are laughing about it. Where South Africa was the skunk of the world in 1980, America is now the headless chicken in 2021.