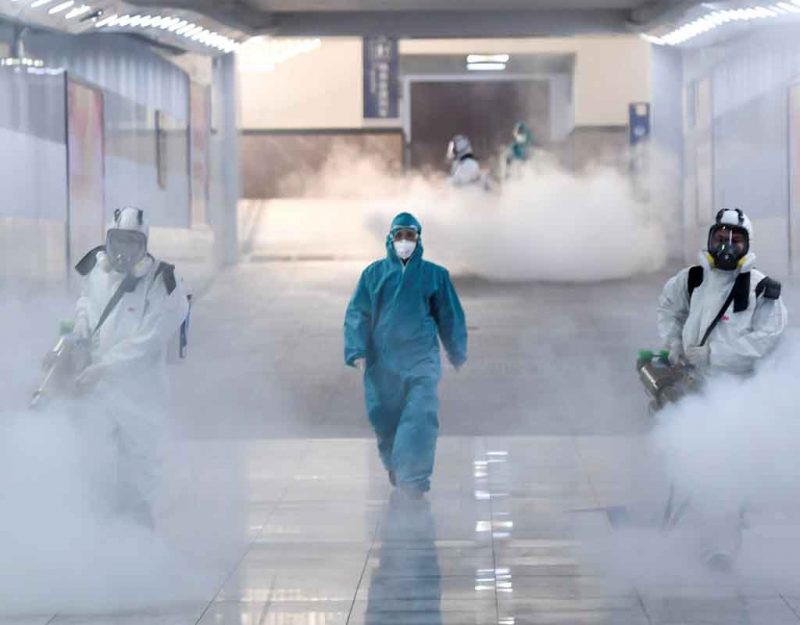 If 2020 is going to be remembered for one thing, it will be for the self-imprisonment of humans due to the world-wide Covid-19 lockdown. These types of measures are known as Nonpharmaceutical Interventions (NPIs) .

Non-pharmaceutical interventions (NPIs) are used to reduce transmission of SARS coronavirus 2 (SARS-CoV-2) that causes coronavirus disease 2019 (COVID-19). However, empirical evidence of the effectiveness of specific NPIs has been inconsistent.

However, this is not what television broadcasts told viewers. The lockdown idea was promoted with the claim that since COVID-19 is a new virus, hospitals required time to prepare for the deluge of patients.

The airwaves are still reverberating with truths and falsehoods, causing legal action, education failure, tanking economy, loss of work, some medicines withheld from the market and a changing international diplomacy, then exacerbated by “experts” loving the lime-light exposure nobody would have noticed otherwise.

In 2021 it is (still) crazy out there. Murder rates have significantly increased (30%) and depression among adults has tripled.

Forcing people to stay home, followed by forcing them to listen to fake breaking news, is akin to torture because that is what intelligence services do when they interrogate prisoners.

That catchy piece of music on a recurrent loop in your brain, also known as an earworm, may seem torturous but pales in comparison to actual sound torture employed for military purposes. Sound torture is a type of psychological warfare used to break the will of prisoners using loud music or white noise.

Other forms of “no touch” torture that are combined with sound torture include sleep deprivation, controlling the temperature of interrogation rooms, and violating the prisoner’s religious or cultural beliefs.

“These people haven’t heard heavy metal. They can’t take it. If you play it for 24 hours, your brain and body functions start to slide, your train of thought slows down, and your will is broken. That’s when we come in and talk to them.”

Note that Ex-FBI and CIA operators love working for television companies. In addition to this cacophony, we are now also told what words we cannot use such as “China virus.” Or what you cannot do, like protesting as a populist.

One may find in your own family that they need attention round about now (with reference to how long lockdown has been in effect). At first the one child will show “symptoms” such as complaining about a bully when it never happened before. Then another, perhaps older child will produce violent outbursts towards the person he loves the most. For a family having lost their father to a corona death, two months will pass before they start going for anti-depressant medicine.

Most of this appears to happen almost in concert, pointing to the idea that perhaps they cannot express themselves. The child from behind his mask, or the grief-stricken family locked alone in their homes. This could be identified as bottling-up and it is not good for anyone:

Longer term, says Tarratt, there’s an increased risk of diabetes and heart disease. And avoiding emotions can also “lead to problems with memory, aggression, anxiety and depression”. A study from the University of Texas found that by not acknowledging our emotions we’re actually making them stronger.

A private initiative in South Africa said that the lockdown disaster will dwarf Covid-19 (deaths).

The lockdown will lead to 29 times more lives lost than the harm it seeks to prevent from Covid-19.

Even more, many are acknowledging that lockdowns are unnecessary, doing nothing but allowing Democrats to steal elections, mask Karens to wear the pants for one, every petty bureaucrat to flex mah authoritah, and China to take over the world economy:

We have since learned that the virus never spreads exponentially for very long, even without stringent restrictions. The epidemic always recedes well before herd immunity has been reached. As I argue in a report for the Center for the Study of Partisanship and Ideology, people get scared and change their behavior as hospitalizations and deaths increase. This, in turn, reduces transmission.

With those still fortunate to have jobs, working remotelu is changing society.

Analysis suggests roughly 28% of jobs in Italy, France, Germany, Spain, Sweden and the UK can be carried out remotely, and as many as 37% in the US.

Private rents in London have already started falling as renters flee the inner city for more space. But, in contrast to the British business lobby’s stark warning of “ghost towns”, Serafinelli says: “This could be win-win.”

Cutler J Cleveland, a professor of Earth and environment at Boston University, says the teleworking boom amounts to a “fundamental restructuring” of how we live and work – but without policy to underpin it, winners and losers could soon emerge. “We need to be aware of how it ripples through society.”

Living in a state of confusion, intimidated by a cacophony of untrustworthy politicized noise, and knowing that societies are busy changing, modern people find themselves subject to intense and destructive psychological effects.

COVID-19 revealed that Late Stage Democracy has past its expiration date. Our leaders are inept, our fellow citizens tyrants, our experts hysterical idiots, and our media and billionaires cheerleaders for the aspirations of foreign powers.

Isolation revealed us even more as barely a civilization, strung together with duct tape and red tape, with nothing in common besides shopping and fear. Inclusion, tolerance, altruism, togetherness? These were just advertising.