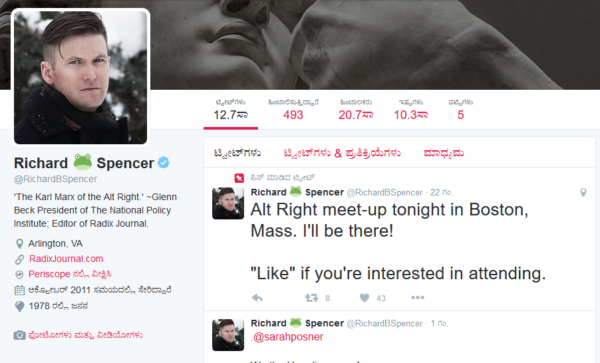 Flailing social media site Twitter, which seems unable to sell itself despite that being the endgame of its ruling junta, following the departure of its Chief Operating Officer Adam Bain and consequent dive in stock prices, embarked on a censorship tantrum targeting top Alt Right accounts today in what many are calling the “November Purge.”

Each account now displays the well-known Twitter “account suspended” page and all of the user content — years of witticisms, news, memes and conversation — has become inaccessible to these users. This shows the problem of social media and The Cloud, which is that when the powers that be choose to censor, the user loses all that they have contributed twice: first, in that they cannot see it, and second in that the others for whose benefit it was written cannot see it.

If this keeps up, the internet will decentralize from having a few big sites — Facebook, Wikipedia, Reddit, Amazon, Twitter and others — having control over the content, to many tiny sites which are independently maintained each having their own content. While this is positive, the next battle will be over thousands of SJWs writing to internet webhosts to demand cancellation of the accounts of “problematic” sites.