Trumpism/Brexit: The Overthrow Has Arrived 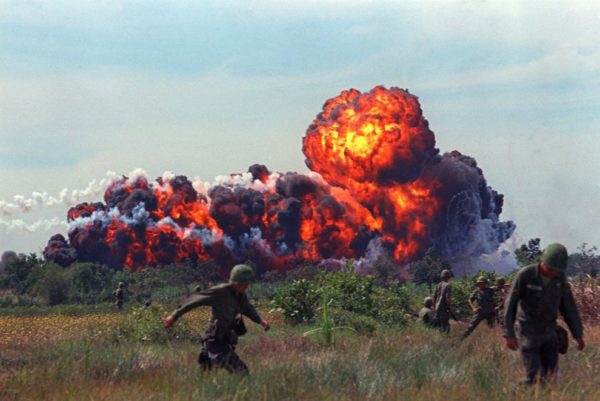 Looking back on this time, historians will see Brexit and the rise of Donald Trump as parallel movements. As if an answer to Fukuyama’s “end of history,” these show the highwater point of liberal democracy.

Liberal democracy, or the system of democracy plus civil rights including diversity, reached dominance with the defeat of the axis powers in WWII, and after the fall of the Soviet Union, absorbed the aspects of socialist theory that had previously been considered untenable because of their similarity to Soviet policies.

However, liberal democracy is a “system,” or a set of rules designed to guide interchangeable people toward the right results by algorithm. In this case, we measure governance by popularity. Like all other systems, liberal democracy has proven to be unable to restrain its repetitive use of past successful techniques, which is an inversion of thought. When you have a hammer, everything looks like a nail; increasing equality is our hammer.

This has created a situation where our faux elites, or Cathedral, have dictated to us from behind the mantle of the presumed ultimate good of liberal democratic theory, but because they are pursuing an ideology and a system instead of realistic goals, have created a nightmare, as one disappoint liberal writes in Politico:

[T]he people of the United States have perhaps stood silent for too long. The elites of opinion and government have not hesitated to offer us instruction, from the heights of their power and eminence. These are the people who have led us into useless foreign war and limitless domestic disaster.

People turned to liberal democracy in order to avoid useless wars and domestic disasters. It was perceived as a more stable system because it limited the power of centralized forces like government, business and special interest groups. Instead, it has become ruled by them, but only the ones who are fanatical ideologues or at least pretend to be them.

In short, liberal democracy is behaving like any other system, making us think that the factor in common behind the failure of systems is systems themselves, and not the variety of system. Systems are an artifact of modernity, itself a creation of egalitarianism. People are enraged not just at the callous pedantry of the faux elites, but the reversal of promises — liberal democracy has become the opposite of what it promised, as noted in the Free Beacon:

â€œThis is the paradox that defines our world today,â€ Obama told the U.N. â€œA quarter century after the end of the Cold War, the world is by many measures less violent and more prosperous than ever before, and yet our societies are filled with uncertainty, and unease, and strife.â€

We are indeed richer, fatter, and more peaceful. We have more toys. So why is it that we are also anxious, polarized, dismayed? No answer is offered. The paradox is not resolved. Instead we are admonished to â€œpress forward with a better model of cooperation and integrationâ€ rather than â€œretreat into a world sharply divided, and ultimately in conflict, along age-old lines of nation and tribe and race and religion.â€

Why? â€œThe principles of open markets and accountable governance, of democracy and human rights and international law that we have forged remain the firmest foundations for progress in this century.â€ But this is a non sequitur. One second heâ€™s saying a world constructed under liberal democratic principles has also brought social disintegration and unhappiness, and the next second he says the answer isâ€”more liberal democracy.

What is the core of Brexit and the Trump Revolution? Existential misery. People have doubts about life itself because despite all of our wealth and power, we lack purpose and feel that we have been hijacked toward ideological goals that do not in fact make a better world.

Even worse, as illustrated above, this ideology is like all ideologies a great filter. It eliminates consideration of any options it does not understand. It refuses to understand any possibility that does not affirm the ideology. And so it is a death spiral, a train out of control, always doubling-down on its own agenda as that agenda fails.

In other words, it has become pathological and destructive, like Communism and National Socialism (mostly) before it.

Brexit and Trump are attempts to dismantle this pathological mental loop, as described in the Financial Times:

The bigger danger lies in Mr Trumpâ€™s promise to withdraw â€” to tear up trade deals such as the North American Free Trade Agreement, throw up trade barriers against China, repudiate the Paris climate change agreement and the nuclear deal with Iran, and abdicate responsibility for the security of east Asia and Europe. Mr Trumpâ€™s policies are shot through with contradictions but one constant drumbeat is his belligerent isolationism. America will go it alone. Hyper-realism, some call it. Dangerous is a better word.

The present global order â€” the liberal, rules-based system established in 1945 and expanded after the end of the cold war â€” is under unprecedented strain. Globalisation is in retreat.

This is a revolution against globalization, which is the ultimate end of liberal democracy, because as an ideology it cannot tolerate competition and therefore must rule the world. If an ideology asserts that something is true, and a contrary example exists, the ideology appears debunked, which is why Leftists worldwide are engaged in fanatical campaigns to smash, censor, disenfranchise, disemploy, ostracize, impoverish and imprison those who are not consciously ideological adversaries, but are certainly ideological non-conformists.

Liberal democracy tied itself to globalism, and has made globalization its fundamental issue. Those who oppose free trade, world federalism and diversity will find themselves demonized. This has already happened, starting with Hillary Clinton’s hilarious “Alt Right” speech, because the Left is re-organized against this revolution, and will claim that it is in violation of civil rights ideals, or possibly, simply Un-Constitutional as in the case of this virtue signaling in The Atlantic:

Trumpism is the symptom, not the cause, of the malaise. I think we have for some time been living in the post-Constitution era. Americaâ€™s fundamental law remains and will remain important as a source of litigation. But the nation seems to have turned away from a search of values in the Constitution, regarding it instead as a set of annoying rules.

…Trumpâ€™s most consistent and serious commitment is to the destruction of free expression. (Note that his response to the bombings in New York and New Jersey was to call for a rollback of the free press, on the grounds that â€œmagazinesâ€ are somehow instructing the bombers.) In other areas, his program is torture, hostage taking, murder of innocent civilians, treaty repudiation, militarized borders, official embrace of Christianity, exclusion and surveillance of non-favored religious groups, an end to birthright citizenship, racial and religious profiling, violent and unrestrained law enforcement, and mass roundups and deportation.

The people living in what remains of Western Civilization were induced to support liberal democracy as a way of ending what they perceived as unwarranted class and racial warfare that seemed to be exploding around them. The second World War made this too easy, with an Axis formed of Nationalist (or, “one ethnic group = one nation”) powers opposing an Alliance of liberal democratic regimes.

When our media elites refer to Brexit and the Trump Revolution as “populism,” they are trying to disguise the revolutionary nature of this dissent. It is not any more populist than any other political movement; it simply did not originate with the elites, and therefore they are counter-signaling with the term “populism,” which calls to mind the Know-Nothings, Joe McCarthy, the Scopes Monkey trial and other over-stated kerfuffles from the past. This is a revolt against the dominant paradigm of our age, and those in power — across industry, government, academia and media — stand to lose big.

As The Atlantic signals, their tactic will be to fall back on values that people agree on such as civil rights and free expression, and to try to use those to invalidate elections or criminalize the revolution. This is typical for those in power, because it combines populism with their presumed ideological advantage as they turn to their citizens and say, “But we agree on these good things, and those other guys do not support them, so you are with us, the safe and responsible government, not those ruffians, you hear?”

While this will cow and cuck most of the population, a sizeable portion have refused to bow because they see the writing on the wall. Any proposed idea has a clear goal it aims to establish, and if it fails to achieve that goal or does so at too high of a cost, it is discarded. That is just part of life. Liberalism has now failed to achieve its goals, and brought on an empire of misery, doubt, boredom and uncertainty, and so it has become obsolete.

This leads to the question of what comes next. The sane people are thinking about Lord of the Rings plus spaceflight, where the neurotics and parasites are waxing on about universal basic income and world peace. The sane way to visualize this is that we must first save civilization from immediate threats, and then find a better way than this system, or any system, so that in the future we rise to new heights instead of simply fighting demons.

The Infaustian Civilization | Social Media Is Crowdism Made Easy