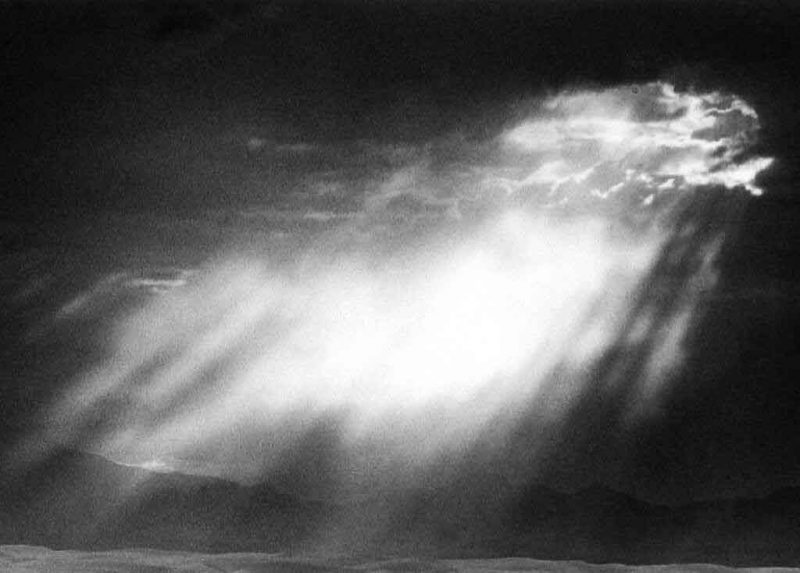 Understanding religion is tricky because although it is all written down, you need to combine several statements to make sense of any point. This comes from the nature of religion as a type of literature, teaching by parable and example.

Religion generally shows us a contrast between the world of humans and the order of the heavens. Where the human world emphasizes individuals, the transcendent approach shows us the reasons why the world is as it is and how we have to fit into it.

Instead of looking at what humans intend and feel, the world of religion exposes what is true, actual, real, and above all else, good. This clashes with what people think they want, and this forms the eternal conflict inside every religion.

We all want to know, in effect, why we should do what is right, when our bodily impulses, needs of our egos, and desire to get along with others lead us in another direction. Religion answers that we should pay attention to the transcendental order and adapt to that.

The Bible shows us this through several data points. First, we should look into the purposes that Jesus states is behind his missionary work:

37 Pilate therefore said unto him, Art thou a king then? Jesus answered, Thou sayest that I am a king. To this end was I born, and for this cause came I into the world, that I should bear witness unto the truth. Every one that is of the truth heareth my voice.

Then, we should see how the transcendent clashes with the pragmatic in a battle between commerce and the divine:

13 And the Jews’ passover was at hand, and Jesus went up to Jerusalem.

14 And found in the temple those that sold oxen and sheep and doves, and the changers of money sitting:

15 And when he had made a scourge of small cords, he drove them all out of the temple, and the sheep, and the oxen; and poured out the changers’ money, and overthrew the tables;

16 And said unto them that sold doves, Take these things hence; make not my Father’s house an house of merchandise.

17 And his disciples remembered that it was written, The zeal of thine house hath eaten me up.

Now we can look at that in the context of the Greatest Commandment:

34 But when the Pharisees had heard that he had put the Sadducees to silence, they were gathered together.

35 Then one of them, which was a lawyer, asked him a question, tempting him, and saying,

36 Master, which is the great commandment in the law?

38 This is the first and great commandment.

39 And the second is like unto it, Thou shalt love thy neighbour as thyself.

40 On these two commandments hang all the law and the prophets.

With some analytical interpretation, it becomes clear that Jesus is saying to love the transcendent order of God fully, and to reserve nothing for the individuals — neighbor(s) + self — since they are secondary to the order of nature and the divine.

Then we should see where Jesus goes full eugenics in his explanation of the transcendent:

1 I am the true vine, and my Father is the husbandman.

3 Now ye are clean through the word which I have spoken unto you.

4 Abide in me, and I in you. As the branch cannot bear fruit of itself, except it abide in the vine; no more can ye, except ye abide in me.

5 I am the vine, ye are the branches: He that abideth in me, and I in him, the same bringeth forth much fruit: for without me ye can do nothing.

6 If a man abide not in me, he is cast forth as a branch, and is withered; and men gather them, and cast them into the fire, and they are burned.

7 If ye abide in me, and my words abide in you, ye shall ask what ye will, and it shall be done unto you.

8 Herein is my Father glorified, that ye bear much fruit; so shall ye be my disciples.

9 As the Father hath loved me, so have I loved you: continue ye in my love.

11 These things have I spoken unto you, that my joy might remain in you, and that your joy might be full.

12 This is my commandment, That ye love one another, as I have loved you.

This self-acknowledgement that the “kingdom” he describes is not of the world points to a divine order in which humans participate because they recognize its wisdom. It provides a better method of adapting to life; this is the transcendent view, or seeing the big picture despite it being inconvenient or humbling to the individual.

Love of God means love of the order conveyed in the commandments:

1 Whosoever believeth that Jesus is the Christ is born of God: and every one that loveth him that begat loveth him also that is begotten of him.

2 By this we know that we love the children of God, when we love God, and keep his commandments.

Jesus made it clear that there are at least two kinds of love: there is love as we feel for one another, but there is also divine love, or a transcendent love for the order created by God in nature and the divine.

As Jesus associated himself with His “people” only, strengthening their resolve to withstand the Roman Empire and its Jewish acolytes, it becomes clear that He was a populist initiating a counter-culture. His goal was to reform humanity.

Common love is basically socializing. It holds that you accept everyone as they are and care about them even if they are useless. You never lose friends by pursuing common love, but you are controversial if you pursue godly love, which means seeking an order into which humans fit. If someone is a nice guy but doing wrong things, you kick him out, and that upsets the people who think that common love — tolerance, pacifism, pluralism, utilitarianism — can be the basis of a civilization.

This confusion resulted in a natural emergence of the fear of association between different groups and peoples thrown together in a zombie modern world. Mainstream churches and the Establishment try to combat this with pluralism, pacifism, and tolerance, such as we see in programs like Welcoming the Stranger.

Populists believe in a transcendent order, or a right way of doing things that is right because it works out better than others and mirrors a natural and divine order. The Establishment strikes back against this by saying that its order is socially popular, and therefore, that any other kind of order — natural, divine, common sense — is bigotry and hatred, if not outright incompetent.

Jesus reacted against the Establishment by motivating his own people to believe in the transcendent and to trust themselves to apply it, rather than relying on either Rome or the Pharisees. He wanted not to end fear of association, but to increase freedom of association, so that the honest could break away from the rest.

We see this pattern happen time and again. As soon as society makes itself into an authority, or Establishment, it is hijacked by those who seek power just as Adam did in the Garden of Eden. Then populists arise, demanding order instead of common love, and the cycle restarts again.