by Jonathan Peter Wilkinson on December 13, 2018 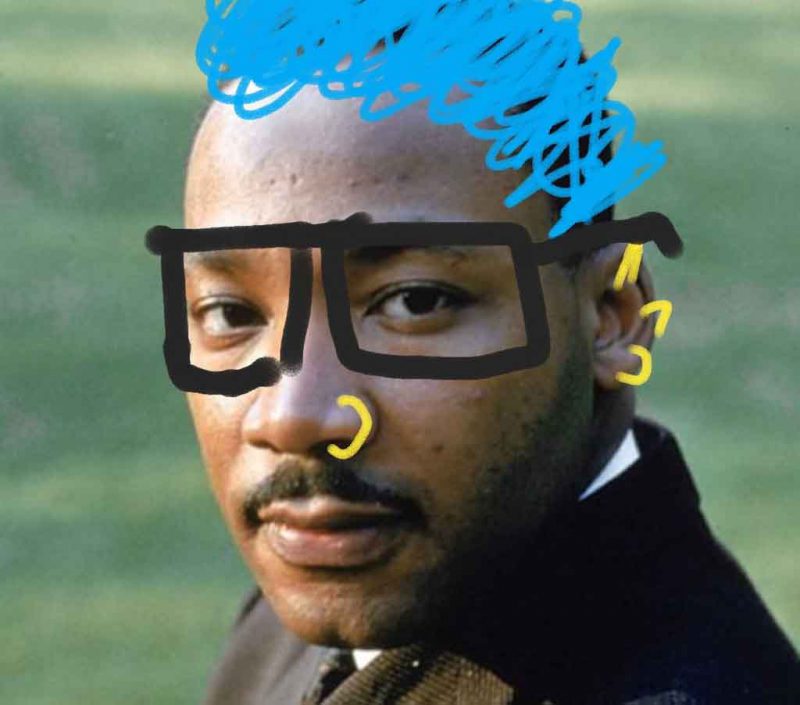 Martin Luther King, Jr., had a dream. An absolutely sickening event that happened in Linden, AL informs us that we need to wake up and smell the damn asphalt.

McKenzie Adams’ family members said the fourth-grader had been bullied by a group of classmates since the beginning of the school year. Her grandmother found her in their home Monday. She had hanged herself. Instead of planning where to hide Christmas presents for the girl who loved playing with dolls and riding her bike, her family is now planning a funeral.

The story pretty much goes as follows: McKenzie was a poor black girl who lived with extended family because her parents couldn’t seem to be bothered. Her relatives assumed McKenzie as an unwanted burden and tried their best to make it work. It apparently wasn’t working well, so a local white family tried to help out by giving McKenzie a ride back and forth to school after she struck up a friendship with a white classmate.

Here we see just how seriously Black Amerika takes the bright and shining dream of the noble and heroic Reverend King.

“She was being bullied the entire school year, with words such as ‘kill yourself,’ ‘you think you’re white because you ride with that white boy,’ ‘you ugly,’ ‘black b-tch,’ ‘just die’,” she said.

Well, just in time for Christmas, the people who taunted Little McKenzie got exactly what they wanted. She believed. She listened to her peers. She did exactly what the cool kids wanted. She hanged herself in order to make the damn ignorant crowd stop. But that’s not the most sickening part.

The sickening part comes when I think about how the crowd will react. They scored. Touchdown! They will high-five one another and think they’ve saved the world. Ignore the public reaction. The grief-councilors have deployed to mop up all the crocodile tears. It reminds me of a chapter from Thus Spoke Zarathustra. A tightrope walker attempts to cross from one high tower to the next. A crowd looks on as he attempts the crossing. A jester makes fun of the tightrope walker causing him to fall to his death. The crowd is secretly relieved that the performer is dead since none of them could have crossed over.

In some sense, McKenzie’s demise is like that of the tightrope walker. She was a good little girl who was trying to do her job. Her family told the reporters the following about McKenzie.

McKenzie Nicole Adams was born Aug. 14, 2009. Pretty and smart with an outgoing personality, she loved math and science and wanted to be a scientist, her aunt said. She liked to cheer, take photos and make funny videos with her cousins.

I don’t know for sure that adorable little McKenzie would have pushed back the borders of ignorance by discovering cool new things about Particle Physics, but at least she had an idea in her head that she should try. She saw that tightrope out there and wanted to try and cross.

I can guarantee you that the ignorant little freaks that told her to kill herself until she actually did weren’t coming out with any new Theories of Special Relativity. People’s parents knew this was happening and they tolerated it. I don’t have to sarcastically ask if these parents are proud of what their children just accomplished. I’ve read my Nietzsche. I know that they truly are.

The school had no reports of McKenzie being bullied. Their evil, soul-sucking jerk of an attorney tells us this. You can’t hold people responsible. That wouldn’t show proper tolerance.

Tim Thurman, superintendent of Linden City Schools, told The Tuscaloosa News on Tuesday that McKenzie attended Linden Elementary School in kindergarten from Nov. 12, 2014, to Feb. 9, 2015, when she transferred to U.S. Jones. Thurman said he could not verify any evidence of McKenzie being bullied in Linden, adding that all the administrators and teachers from that time are now gone. Attempts to reach Harris regarding the school system’s report were not successful Tuesday afternoon.

Now they make the grief counselors available. When this little girl was being plagued by her classmates while still alive, they wouldn’t treat her Aunt like anything better than a crazy knee-grow. I’m glad they had their attorney out there to clear up everything. It wouldn’t be tolerant if I were to say, judge, and demand to know why all of these bureaucratic weasels didn’t resign and beg forgiveness.

But this is the managerial state. This is what the West and Amerika along with it, have become. Sorry, Reverend King: your vision was a lie. We didn’t judge McKenzie by the content of her seemingly decent, trusting, and ingenuous character. This little girl’s grandma finding her hanging in the bathroom dead for Christmas is what our tolerance of managerialism brings. The attorneys will remind you we can’t hold anybody liable. Or else….

You get what you tolerate. If you tolerate managerialism, you get managed. Sometimes to death, without any consideration of the content of your character or the innocent helplessness of your circumstance. Given the time of year this happened, I can only close this painful missive off with an old, haunting lyric from the late Greg Lake. “Hallelujah, Noel, be it Heaven or Hell, The Christmas we get, we deserve.”

What Do Right-Wing Jews And Leftists Have In Common? | Periscope (December 13, 2018)