To survive, we must again learn to dream 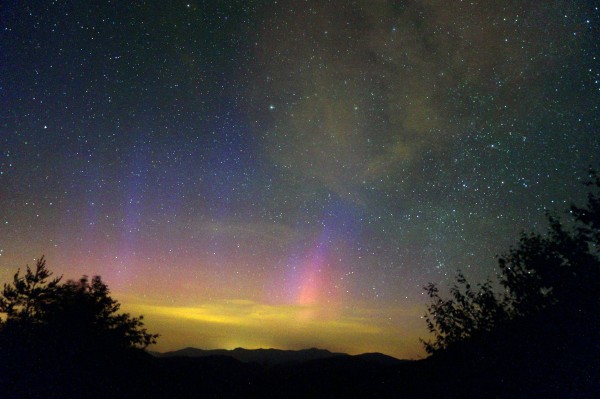 LARPing, or Live Action Role Playing, is a tremendously nerdy pastime whereby the participants assemble in some sort of public area and play table-top role playing games, except instead of using figurines or a mapboard, the player himself becomes the avatar of his character. Channeling that imaginary personality, he acts out what he imagines the character might do and how he might react, fight, present himself or rise to a specific challenge in the sandbox world he temporarily inhabits. There is a bit of a slip to the whole thing though; though a particular role player may pretend that he is acting how his character â€œGorak the Giant Slayerâ€ might act, he is actual doing something deeper.

Most LARPers are not so nuanced in their acting as to actually stay in character. In reality, the LARPer is almost always performing how they wish they could act- projecting a vision of themselves manifesting their desires, what they wish to be their virtues and what they fantasize that their personality could be upon a constructed fantasy world. Gorak the Giant Slayer is really what Mike from Accounting wishes he could be, what he could become in a heroic world unlike his own. A place where virtue, courage and boldness were valued over money, conformity and toil.

Of course, there is fantasy and childish daydream in all of this. That is not the age we live in. That is why others laugh at poor Mike from Accounting. But why does he keep going back to the field of play with his foam sword and heraldic shield?

LARPing, unfortunately, has also become a derogatory term on the alternative right for any energy spent on a political or meta-political endeavor which is viewed as unrealistic. So why does Mike LARP, and why do we LARP? Mike does this the same way we on the alternative right might have an avatar of a heroic Knight Templar of ages past, or participate in some reconstruction of the Norse religion, or wallow in Lost Cause ennui. And there are good reasons for doing so. But is out LARPing realistic?

Will there be a return of the Stuarts on American soil? Likely not. Will our civilization transform into a hierarchical caste system, ruled by a philosopher-king? Not without a great and terrible disaster. Evolian kingpriest? Catholic theocracy? These things seem like fantasy to us sitting in the slowly degenerating, but still quite stable hulk of what was once the United States of America. At this point, even hoping for a majority-white state is LARPing. This humble author is quite guilty of LARPing about a return to mystic Aryanism, and consecrating a new chain of initiation for the warrior-shamans of the future.

So why do we LARP? Let us admit, for a moment, that things that were once unthinkable and seemingly impossible, politically, can become so with remarkable speed. Who, twenty years ago, could have predicted that the United States would have mandated that all states treat gay couples as â€œmarriedâ€, to the acclaim of every organ of the Cathedral? And to cut the other way- thirty years ago, when Ronald Reagan signed the Assault Weapons Ban, who could have foreseen the absolute victory of the gun rights movement?

Again, why do we LARP about political states that seem fantastical? Some would say we do this to keep a focus on our virtues and priorities. If we can formulate an ideal, then we can begin to plot a course towards it, and work to that aim. A journey must have a destination, otherwise, it is simply wandering, and we are no rootless cosmopolitans, no. If that is true, then it is enough of a reason to LARP.

However, I would argue that we LARP not as an escape or mental exercise, but as a preparation. For many of us, LARPing about an anti-egalitarian, anti-democratic future is not engaging in fantasy. It is mental preparation for the speaker, and a form of mythmaking for the listener, something done to attach wistful and positive emotions to this future New Zion. Speaking about how we would like the world to be is not engaging in fantasy; it is using the basic and time-tested human social technology of storytelling to pass on values, positive myths and mores. Instead of escapism, we must view what is derided in alt-right circles as LARPing as what it truly is; preparation for an exit from this society.

And so I say, let us LARP on. I shall be by your side, bearing my own foam sword, as we contemplate escape from this place, and a brighter future.