To Survive, The Right Must Purge The Cuckservatives 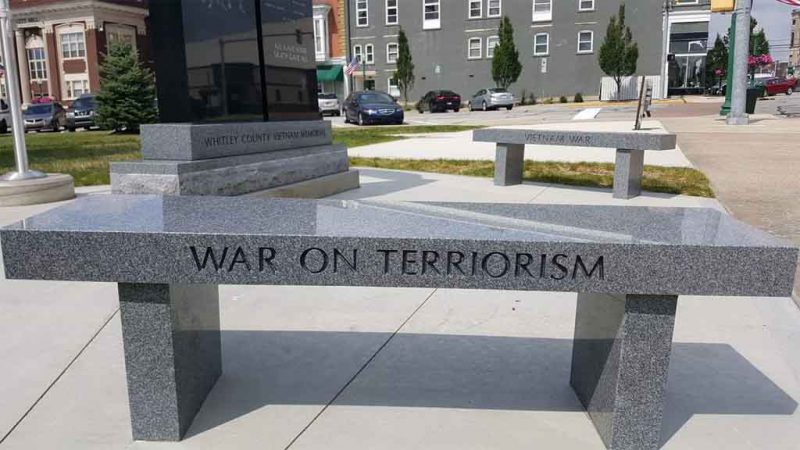 Conservatives struggle because we do not have an ideology, strictly speaking. Ideologies are theories against reality of the form “it is not this way, but it should be,” where conservatives stick to accepting what is real and then gradually improving our adaptation to it until we have brought out the natural beauty of life.

Since we are not an ideology, we are defined by a negative, namely that conservatives are not the recent thing that came about in the 1700s called Leftism, but that which found more meaning in the way we did things before that time. Those things had worked for ages until we replaced them with the “new” ideas.

That negative definition channels us into being a “big tent” with a wide variety of beliefs under it, as in “OK, you new guy egalitarians go over there on the Left, and everyone else goes to the Right.” No one really believes that centrists are real, anyway.

We see the problem with that big tent almost immediately: it creates a mirror of the political polarity out there inside the Right. That is, some Rightists will be hybrid Leftists, and others will be pure Right. Over time, the pure Right will be deprecated as the hybrid Right/Left becomes more popular.

This is a problem with all human groups: they converge on the average rather than the center. The center of conservatism consists of its core values and philosophy, but the average of conservatives represents a significantly dumbed-down version of conservatism, just as the average human is closer to our idiots than our geniuses.

The big tent effectively creates a need for bipartisanship within the Right because to rule a group that diverse, one must exist in the intersection of the many groups that form the motley pluralistic culture of a big tent. Negotiations and compromise — reversion to average — rule more than principle and goal.

This means that over time, every Right-wing organization will slowly slide to the Left, because Leftist ideas are always more popular with the average of humanity because most of humanity are not wired for the complex, multiple-layer, in-depth analysis required to understand why conservatism is good at all.

If you wonder why civilizations decay, this type of “social pressure” or “peer pressure” provides a plausible candidate. Even the best leaders over time defer to what the group wants because they like to look out and see happy faces, and happiness does not reveal whether it comes from delusion or fact.

With that in mind, we see why the Alt Right jihad against cuckservatives — conservatives who dodge questions that contradict egalitarianism, like race and class — possesses such merit. Cuckservatives are not just a variety of conservative, but death to conservatism, and since it is the guardian of civilization, death to all of us.

The only future where the Right survives occurs through the purging of cuckservative ideas. We target ideas for the same reason that the Left targets people: while their method is more effective, it makes us into monsters without resolving the underlying issue.

For us to win, we must not just smash down bad ideas, but have good ideas which replace them. Given that most have very little idea of what Right and Left mean, conservatives are lost on this issue, so let us briefly recap here.

Cuckservatives by virtue of introducing egalitarianism and thus utilitarianism are more concerned with smiling faces than results in reality. To tackle them head-on, we can simply reject utilitarianism in preference for realism, which requires that we have a hierarchy of people so that our best people assess what is best in reality.

Since politics is based in money because people care most about how they will eat and secondarily about whether it is right, and that requires embracing “issues” or problems that arise within the status quo, the battle of actual conservatives versus cuckservative ideas will be decided through opinions on certain issues.

In our time, the big issue will be demographic replacement. Starting in 1965, the Left made it clear that they want to replace us with third world people because third world people always vote Leftist since they do not understand anything more than cash in hand.

They aim to erase our votes, then destroy our culture and communities, and finally breed us out into a grey mixed-race cultureless population that will depend on government for guidance. That means a permanent Leftist regime, more powerful than the USSR and more secure than any dictatorship. Total democracy equals total control.

Cuckservatives of the William F. Buckley school opted for libertarianism, or classical liberalism, as a response to this. They believed they could not win against the media and hippie mobs in the streets by “clinging” to our traditional ways and historical knowledge going back to Greco-Roman times. Instead, they proposed a conservatism that essentially defends liberty, capitalism, and the military. This proved to be popular because it allowed people to be “conservative” without having to admit that they were at war with government, media, and popular culture. Easy is always more popular, especially when there is money to be made. People care most about how they will eat, and whether they will eat lobster tail or hamburgers.

Since the Buckleyites won over the public Right in the 1960s, conservatives have been stuck in the dead-end loop of not wanting to offend the Left, yet needing to talk about vital issues such as demographic replacement. Those who want to keep their jobs and enjoy the good life tend to duck cuck on this issue:

My own Swedish-American family has intermarried with those of Mexican heritage. My neighbor’s grandchildren are part white, Japanese, and Mexican. The creed growing up was that tribal affiliation was incidental, not essential, to character.

…Certainly after twenty-one years of teaching Latin, Greek, and humanities to immigrants at CSU Fresno, both legal and illegal, I believed that the melting pot can still work and most Hispanic arrivals integrate, assimilate, and intermarry with increasingly frequency despite the often-shrill protestations of campus identity politics advocates.

…The tragedy of illegal immigration is that it did not have to be this way. Legal, measured, meritocratic, and diverse immigration leads to rapid assimilation and Americanization and enriches the country culturally and economically.

I criticize Mr. Hanson’s piece above, but this is not an attack on him or his other work, much of which is strikingly excellent. He lives in a neo-Soviet regime where having a Mexican brother-in-law, a Jewish wife, an adopted black child, or mixed heritage is the only way to retain a public position as a racially-aware conservative. Notice how many writers even on the underground Right have married Hispanic, Asian, or South American wives. These writers want to be able to eat, too.

However, looking at the above piece, we can see the rhetoric of cuckservatism: American laws are so exceptional that we can take people from every ethnic background, indoctrinate them in our Constitution and laws, then assimilate them and remove their original cultures, making them into brand-new Americans as if they were coming down a factory assembly line shiny and new.

Not only is it laughable, it’s sociopathic. It is social engineering designed to tear apart what people are and make them into something for our use, namely for the mild satisfaction of having the systems we designed endure long past us, since we have long ago become neurotic and given up on ourselves. That is the terminal spirit disease expressed here.

“Assimilation” means giving up your culture and adopting a new one, through the teaching of Western Civilization and our values, laws, and methods. This is colonialism by another name, or the missionaries patiently instructing the savages, or even the church ladies slowly explaining hygiene to the peasants. No doubt it makes the teachers feel important, but it conveys a sense of being subjugated to the students, and they will repay that by throwing it out the window once they get power.

Even more, interpretation depends on an interpret. If the third world could have looked at reality and seen what the West did, they would have done so; now, teaching them what we learned will ensure that they memorize things they do not understand, much as we see in third world societies trying to emulate first-world institutions.

Notice the factory-style language here: “Legal, measured, meritocratic, and diverse immigration leads to rapid assimilation and Americanization.” In other words, the diversity of the immigration ensures that no group is on top and all groups are equally broken down, stamped with muh Constitution, and sent out the factory door.

These ideas flow naturally from egalitarianism, which assumes that we are all “equal” or identical in fundamental character and abilities. That is the socially-correct position to take, but it is not realistic nor functional. If we are all equal, all that matter is stamping us with the right rules, laws, and financial incentives.

No one will tell you how crazy this is, so I had better do it: this is crazy talk. Even more than its rejection of Darwinism, where the best rise and we all benefit, it is inhuman. It rejects all that is inside of us and who we are as individuals, and instead makes us into equals who are measured only by obedience and financial value.

The nightmare that became known as “modernity” began with equality, which sounds good to individualists because it legitimizes and subsidizes “me first” behavior, but ultimately makes us all slaves to the force of equality itself, which grinds everything down into uniform, obedient, utilitarian sameness.

Throughout human history, whenever we fall into herd behavior, we self-destruct. In the name of making things better, we start social engineering our civilizations, which leads to the creation of a herd that is focused on ideology instead of reality, and then it becomes neurotic and solipsistic and acts unrealistically, leading to its downfall mainly because living in it becomes so miserable that people give up hope.

Cuckservatism presents a bigger threat to us than Leftism. As long as we can identify them as philosophical Other, the Left are an enemy we must counter, but cuckservatives are an enemy within our gates. That they are oblivious to this is neither relevant nor a defense.