To be right is to be rustled 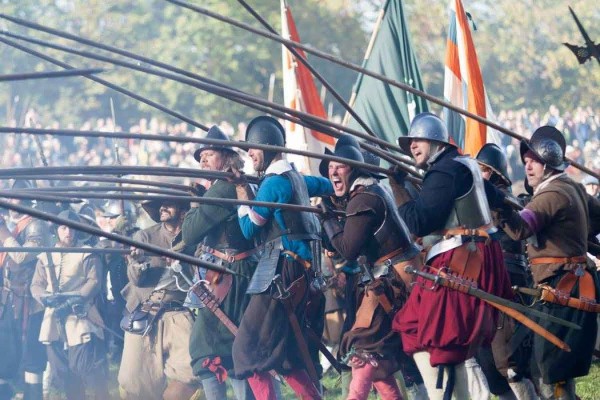 Dearest readers, have you ever been rustled? You know, you see something on the internet, on television, or on the street that triggers some sort of rage in you? Something that you know is wrong, that you can feel a deep, terrible disgust about, though in the moment you are almost non-verbal? Later, perhaps, you can sit down and articulate exactly why what you experienced bothered you so. But itâ€™s all a bit of justification, post hoc. If we are being honest with ourselves, we admit that our reaction was purely primal, and emotional- and there is not a thing wrong with that.

The reality is, to be right wing is to be rustled.

â€œRustlingâ€ is just the internet slang for when someone in a forum gets overly bothered by something, and rages or otherwise acts upset. In an anonymous forum, displays of out of control emotion lose you points, because sarcasm and snarkiness are the coin of the realm. More plainly stated, getting rustled is when you become disgusted or angry about something- something that everyone else is blissfully calm about.

Iâ€™ve written about Jonathan Haidt before, who has studied the differences in conservative and non-conservative minds. Haidt outlines six moral axis- care/harm, fairness (equality)/cheating, liberty/oppression, loyalty/betrayal, authority/subversion, and sanctity/degradation. His conclusion was that liberals cared only about the first two categories- harm and inequality bothers them, but degradation does not.

This plays out rather observably in the real world. A description of a degenerate sex act is met by an indifferent shrug by your average Hillary Clinton supporter, while nearly causing you to vomit.

So why are you so much more rustled than she?

Because we live in a left-wing society, which apart from its present (temporary) foray into semi-free market, is completely and utterly dominated by fantasies about preventing harm and enforcing equality.

It is almost guaranteed that should you tune into television, read a newspaper, watch a standard-fare movie, or speak to someone on any topic not related to weather or sports, that you will encounter some version of the head-poundingly stupid proverbs bounded about by leftists as wisdom. These nasty poison pills invariably idealize equality, diversity, fairness and existentialism.

And this will bother you. And you will be bothered much more by this kind of filth than someone who has absorbed modernist poison into their souls, or the many more who have simply shut down their responses to these stimuli, preferring to ignore them and self medicate with drugs or alcohol. This is where the stereotype of â€œangry conservativeâ€ comes from, because stereotypes tend to have their basis in truth. Once you have shed the blinders of ideology and realized the truth about human inequality and democracy, almost everything produced for the masses in the last 50 years will begin to bother you, even if only in subtle ways.

Now should the reactionary seek to cram down his disgust reaction, numb himself, and live with these feelings, so that he can live in society?

Yes and no. My recommendation is to use these emotions. Every time you see something disgusting being accepted, remember that feeling. Every time you hear demonic nonsense masquerading as political discourse, remember the anger. Channel it into contempt. Contempt for the wretched state of our society- feel it in your bones that you are better than this, and should live in a better spiritual place than this.

And use that feeling to separate yourself. You have no loyalty to anything which embodies the worse urges of man. You owe nothing to a state which is determined to destroy anything good, or true, or beautiful.

Instead, you should channel your frustration and disgust into building something- a mannerbund, a gang, someplace to belong. Create your own society. Avoid the poz. Your soul is trying to tell you something every time you get rustled.

The red cup and pluralism | The cruelest question