They Are Not Wrong 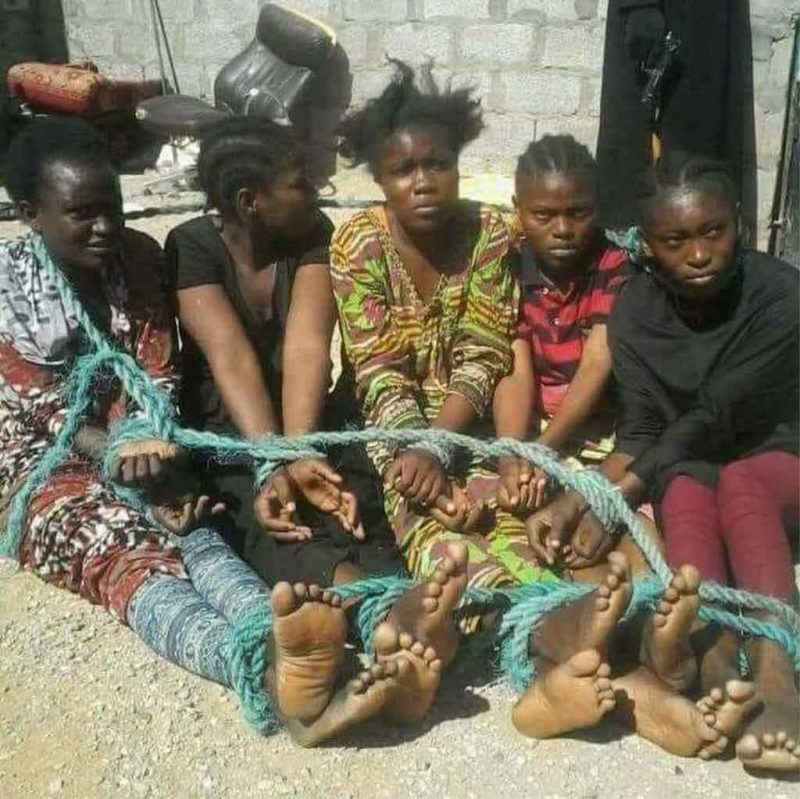 Some years ago, I was living in Los Angeles at the time of the riots that followed the exoneration of the police officers who subdued drunken drug abuser Rodney King, and realized quickly how permanently polarizing race was. When the O.J. Simpson trial unfolded, it was clear what the verdict would be, since the city did not want to burn again.

A year after that, I witnessed my first race war — a small skirmish, really — as blacks and Mexicans from my neighborhood murdered each other over territory. It occurred to me that perhaps no parties were wrong, since all seemed to be acting from honest and noble desires to defend their turf.

Many of these people were friends and acquaintances. I worked with them, saw them on the street, talked to them in grocery stores. They were not bad people, merely people in a bad situation that forced them to destroy one another. After all, only one party could claim certain streets, and with Mexicans moving in, blacks defended themselves.

I saw this play out many times. Blacks versus Koreans, Koreans versus Chinese, Mexicans versus Salvadorians. It was not about race, per se, but tribe, which is a complex mosaic of religion, ethnicity, nation, culture, and race. For example, an African-descended Mexican will identify as Mexican among Mexicans, but black among blacks. A Mexican knows that he and Salvadorians come from the same genetic root, but that other guy likes a differ soccer team, waves a different flag, and hangs out with his Salvadorian buddies so, he’s the enemy, at least until another group shows up.

I recognized early on the differences between tribes. It does not take rocket science to realize that third world groups have lower IQs, are more individualistic and less prone to seeking transcendental beauty, and are more quick to anger and shift to hot-blooded violence. It’s just who they are, and I could accept them for that, since it was not something that would change.

However, it also became clear to me that the same standard applied to whites and other ethnic groups. None of us were doing anything wrong; all of us were acting according to our genetics, culture, and backgrounds. What made sense to us, however, did not to other groups, mainly because each group holds itself together by having its own values, customs, and beliefs, all tied together by a sense of who they are, genetically. The root is something like extended family.

In the O.J. trial, I could sympathize with both parties. White people cared about law and order; to them, a murder had been committed, and allowing murder meant giving up on civilization. To black people, O.J. was another black man in the sights of a white legal system that black people did not understand, and felt they were constantly getting the short end of the stick by this legal system.

To Mexicans in our neighborhood, they were just trying to make a new life for themselves and moved into some empty space. To blacks, an outsider had showed up, and would soon take over, so they had to resist it. White people wondered why both groups didn’t settle down and get good jobs, but all the other groups could see how those “good jobs” were killing white people in the soul, turning them into obedient robots who hated themselves, and they wanted no part of it.

There was also a clash of values. Your average African-American fellow works hard, but he expects to do it a few hours a day, and spend the rest of the time socializing. This is how it works in Africa: you hunt bush meat, gather some fruit, and then spend the day hanging out away from the sun, talking, dancing, smoking, and drinking. That’s the good life there.

Mexicans expected to have jobs, but for them, as in most of the third world, a job is like a privilege. It means you have a certain power and can do whatever you want. That means in turn that things got done a lot more slowly than the Anglos would like, and there were often inexplicable acts which benefited the guy in charge but ruined the product or task.

Of note at the great American Renaissance is this travelogue of culture clash when Jared Taylor spoke at the premiere of a movie about black persecution in America. He explained the thrust of the film:

The movie itself was a dreary succession of blacks explaining that, yes, there is a race war, that it has been going on since the Founding, and that it is being run straight out of the White House. Donald Trump and his entourage are all unapologetic white supremacists who merely say out loud what other whites think.

Blacks are victims of a “criminal system of justice,” in which any accused black is “guilty until proven innocent.” Police departments are infiltrated by white supremacists—no, that understates the problem; departments hire white supremacists as a matter of policy. This is because the purpose of law enforcement is to control black people and lock up as many as possible.

Blacks who succeed are bootlickers who win a few scraps from the table of white supremacy by helping oppress their own people. The movie implies that even Barack Obama is a tool of white domination.

None of this is wrong; it is, however, framed from an exclusively African perspective. As a nihilist, I deny universal truth, values, or communication. That means that truths are found in the mind of the individual, values are held by those with shared genetic and cultural background, and communication relies on both parties using the same tokens exactly, which requires that many of the assumptions provided by culture be there to aid in interpretation.

To a black American, the reasons that white people give for creating and obeying their legal system simply do not make sense. They would not fit in a society in Africa, nor make sense with the African lifestyle, or what Africans must do to survive; they apply in Europe, surely, but what one must do to create a civilization there for those people is far different than what is called for in Asia, Central America, or Africa.

Are white people white supremacists? Yes, of course they are. Every sane and healthy group believes it is the best, just like every person has to believe that their career, class, and neighborhood are the best or at least good in order to keep living the life they have been living. People reach places in life and then justify them in order to feel good, and part of that means denial of all other options.

White people will not say this out loud, of course, except for some rare ones who are fearless enough to buck a social taboo and longstanding trend. Our actions speak louder than our words. We move to white-only enclaves, preferably with our type of white — by ethnicity and class — and socialize with people like us. We do white people things. Sure, we buy black music and love black presidents in movies, but do we actually interact with the black community, outside of the few white-style blacks we know from work?

The same is true of blacks, of course. They secretly believe that white people are crazy, and from their perspective, they are most likely correct. They live among other blacks, divided up by class. They socialize with people like them, and while most are too polite to say it out loud, they would not mind at all if whitey went away and blacks could have their own society, with their own lawyers, legal system, police, and entertainers. They are content doing their own thing.

We can point to the numerous Chinatowns, Mexican settlements, and Muslim-ruled areas like Dearborn, MI, to show that other groups do the same thing.

To each of these groups, having their own identity, control over their future, and standards is most important. They want to be able to do what they do and have the rest of the world leave them alone. Diversity however forces them into conflict with other groups, because each group wants its own standards to win out, which creates a conflict of special interests, where each group votes for its own people and its own power, even when it hurts others.

White people live in this idea bubble where we talk about “assimilation” and “the law” as if these were universal absolutes. They are not. They are expressions of our culture. To us, if we were black, we would come here and act white and get ahead. However, that is a white man’s brain transplanted into a black man’s head. Assimilation is nonsense and never happens, mainly because it requires people to give up their identity, culture, values, and connection to others like them.

Diversity receives a great deal of fair criticism for being bad for whites, and this is true, but it is even harsher on minority groups. They never get what they want, which is a society for their own. True, says white logic, they traded that for participation in our economic system. However, who wants to be bought and sold like a hunk of meat? In their hearts, they would rather have their own systems, even if they have less money and fewer iPhones and stuff. Self-respect makes up for a lot of things.

The more we have pursued diversity, the more we see the clashes between these special interest groups. There can be no reconciliation, mainly because we want different civilizations, one for each group according to its own standards. Blacks are not insane when they imagine that this white world is against them; it’s just not against them in the way they imagine. No one will be comfortable under diversity, and no one will be safe.

A Legion Of Tiny Ahabs | Brett Stevens Interview On RadCapRadio