A Legion Of Tiny Ahabs 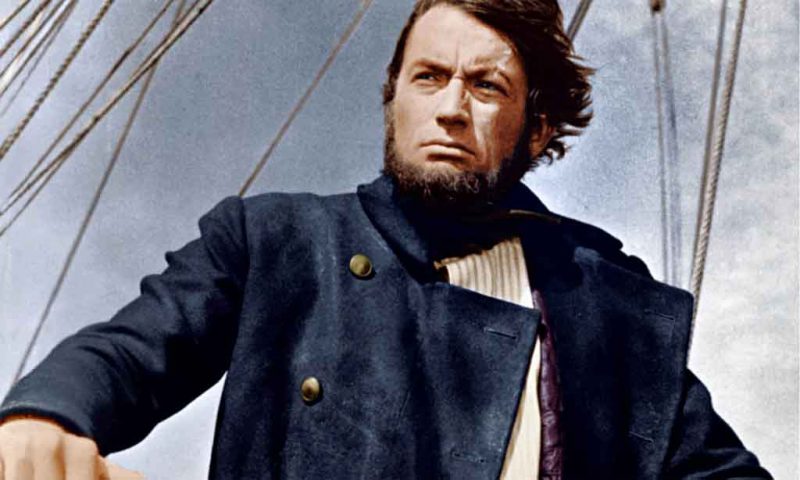 Science teaches us the how of things, but the humanities — literature, philosophy, and history — teach us the why. They both understand the language of metaphor in which nature expresses itself and show us what motivated people in the past and what they learned from these things.

Of those, literature may be the uniting force. Since people hunched in caves around the glow of a campfire during long winters when wolves howled too close to be ignored, the telling of stories has united people by helping them clarify their understanding of what we know, how we do it, and what we ought to do about it.

Stories tell us how people thought, what challenges they faced, and then how their attempts to fix those challenges worked out and how that influenced their thinking. Usually they involve multiple characters, often none of whom are really correct, who adopt different strategies to deal with the challenge, and then we see the results and make our own conclusions.

Literature includes stories of all types which somehow tapped into our process of learning and expressed what became cultural knowledge. These are reference points that we use to communicate and to understand our own experience. For many of us, both the Bible and Moby-Dick; or, The Whale provide significant metaphors that we use to understand and communicate.

These two have more in common that most people realize: both relate to the human pursuit of control over our world, instead of seeing the beauty in the world and enjoying it, a state which leads to understanding how to act toward sanity, health, and stability. We can either be powerful against reality, or powerful within it, but only the former makes us feel like God.

In the Garden of Eden, Adam wants the forbidden knowledge of God; he allows his wife to lure him into doing what he knows will destroy his contentment, but gives him what he feels that he wants. He would rather have a sense of power over his world than be content within it, and this makes him illogical.

In the same way, Captain Ahab in Moby-Dick pursues a whale that once bested him. He wants more than anything else intellectual power over the world, a sense of being right and being proven right, more than any realistic goal, which is why he forsakes fortune and eventually destroys his ship in pursuit of the illusion of power.

Both of these stories show us the weakness inside humankind: our brains give us a sense of importance, but each of us is merely one of many, and so instead of focusing on ways to improve our lot qualitatively, we decide to force our will against the demands of nature. We pound square pegs into round holes and metaphorically beat children senseless for defying our authority.

For those of us who looked into the psychology of the Left, it is clear long ago that the Left consists of nothing more than socially-sanctioned indulgence in this most ancient of human pathologies. Now, with the denial of facts from the Kavanaugh hearing and the recent uptick in violence and censorship, the Left has revealed itself.

They have always been a legion of tiny Ahabs. They find no satisfaction in life itself, only in power. This makes them power-hungry and fanatically devoted at all times to destroying anything which resists their power, sort of like that white whale. They will destroy, maim, vandalize, mutilate, murder, and torture, all for the rush of power and sense of immortality it conveys.

This tells us that there can be no compromise: we need to defeat them. Between tolerating them and killing them all there is a middle path, which is simply to physically remove them by deportation to someplace where their thinking will be normal, perhaps Asia or Africa.

Like locusts they consume anything in their path. They do not care if they destroy civilization, because to them it is like the boat that Ahab sails, merely a means to the end of their own sensation of power and omnipotence. They do not care how many lives they ruin; in fact, they relish it, and take momentary joy in the crushing of all who do not follow them.

Between these insane Leftists and the portion of our population which is merely selfish and incompetent, we have accumulated quite a load of waste here in the West. When we talk about restoring Western Civilization, we do not mean that everyone can come along. In fact, we mean that many will be left behind because they are opposed to our goal of having health, sanity, and stability.

Perhaps a third of our people now are just waste. They serve no purpose except to obstruct anything and anyone that is doing something good, merely to feel a sense of their own importance. They will ruin anything that they are given to control. They will bend any rule, reinterpret any law, and twist any meaning to serve their own ends.

We cannot help them. They were either born bad or born weak, but either way, they are susceptible to the weakness that is now ruining our civilization. We can only leave them behind, and go on to do great things without them, since they are as dead to us as anything soulless, driven by black emptiness and an impulse to destroy, incapable of creation or love.

Has The Alt-Right Failed? | They Are Not Wrong