The zombie propaganda of a dying empire 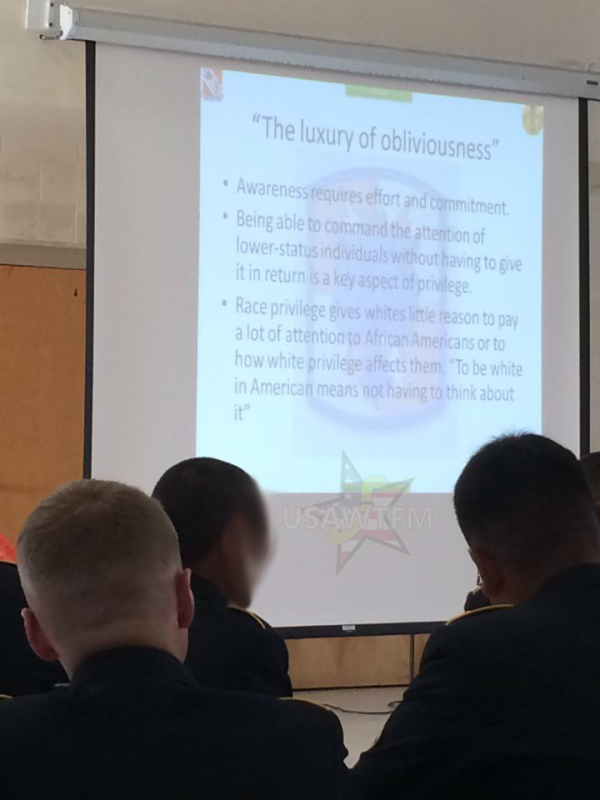 In computer science, any program that keeps running after it has stopped responding to commands is referred to as a “zombie.” These do nothing but eat up resources.

As the West collapses, it becomes clear we are living in zombie empires created by the ideas of The EnlightenmentTM put into political form. That is: big government, ideological unity and equality.

Witness the slide from a presentation by the Army for which apologies have now been issued, which mentions white privilege and shames white soldiers into feeling a sense of obligation to non-whites.

What is this but a zombie ideology? No matter what happens, it will always demand more from those assumed to be privileged. The last white person will owe the last 9 billion non-whites everything he has.

This zombie ideology comes about because it is used as a pretext by government. Government loves excuses to expand its power and tax base, and since the citizens were stupid enough to endorse the Great Society, social justice and civil rights agenda back in the 1960s, it has become the one sacred cow that is indefensible to criticize much less repeal. Anyone who touches it will see millions of screaming liberals, each desperate to prove just how “in touch” they are, emerge from the woodwork.

And so the zombie ideology moves on, draining all life from the productive and transferring it to the doomed, so that we may all be equally doomed together in brotherhood…