“Racism” does not exist 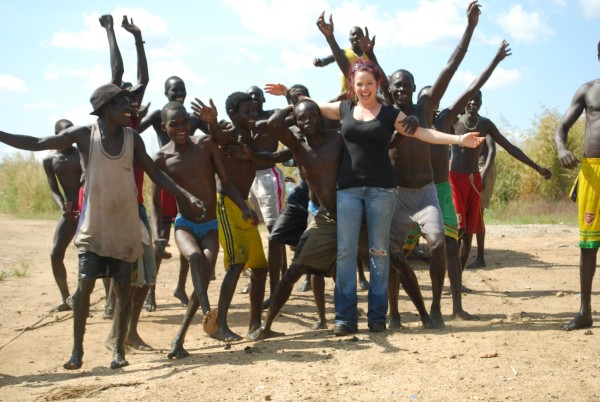 “Racism” is a made-up term with an implicit political ideology. It is a binary term, implying a negative and by reflection that all which is not that is good.

It is comparable to the old courtroom question: Answer yes or no. Have you stopped beating your wife?

There is no good answer, of course. Damned if you do — and say “yes” — and damned if do not, and say “no.” That is the whole point: the accusation itself is the conviction.

Investigations into racism (like recent college rape trials) are often compared to witch-hunts, for a good reason. They shift the burden of proof to the accused. When you are accused of being a witch, or being a racist, you have to somehow prove you are not racist.

And the only proof? Adopting an anti-racist ideology yourself, and acting to include other races in your activities for the sole reason of their race.

People accept “racism” as an idea because they believe in good and evil defined by human means, a change that happened to religious thought during The EnlightenmentTM

Before there were attempts to mix different populations in the same political entity, the “nation-state,” racial strife was nonexistent. Conquest and enslavement were more common within races than through colonialism.

The racism binary denies the root of racial antipathy in the question of the direction of a civilization. “Who are we?” is the basic question that unites a society. When race is replaced by politics, this becomes confused and societies fall apart. Those who have racial antipathy are afraid of that consequence more than they are specifically afraid of the abilities of other races, or lack thereof.

Anti-racists deny the fact that they are in fact racist, which is why they hide behind this binary of racism=bad and therefore anything non-racist=good. Mixed-race groups are inherently bigoted against any who are not mixed-race. They are not stable until they replace the indigenous group with a mixed-race group in a process comparable to genocide. They fear, hate and dehumanize people who are not mixed-race.

If we examine the term “racism,” we see a clever attempt to hide the failure of mixed-race policy.

We also see the first real technique of social control. Unlike previous authoritarian and totalitarian governments, social control works by having a mob form spontaneously to enforce the ideals of the government. That way, government cannot take the blame for controlling its citizens.

Like other forms of social control, the racism binary operates by the coercive threat of ostracism. If you do not affirm anti-racism, you become an ideological enemy, and no one will hire you, rent to you, sell to you or befriend you. You will die friendless and alone, they say, wagging their fingers.

But as time goes on and the anti-“racist” mixed-race societies spiral downward into social chaos, the nature of this political binary reveals itself. It was always a means of control. And the more it fails, the more the tyrants will come out from behind the curtain and directly enforce it with threats of terror.