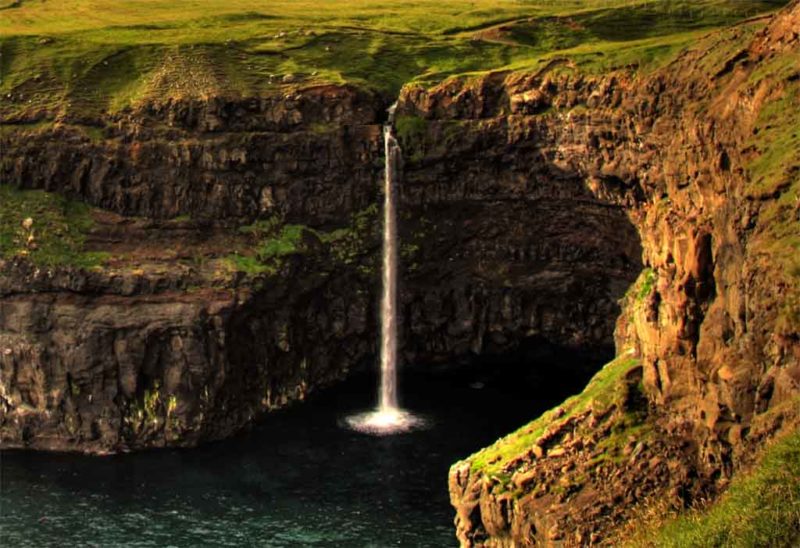 When the Left won the culture war, the Right ceased to exist. Only fifty shades of Leftism remain, some of which pretend to be conservative for as long as it takes to suck in donations and make a half-hearted show at the election. This has caused the Leftist paradigm to enter a neurotic phase not unlike the years that followed the 1789 French Revolution.

We live now in the ideological reign of terror; the enemy has been guillotined, and now the victor is turning on its own, and seeing enemies everywhere, much like Robespierre who sent many friends to the guillotine before he, too, had to face the blade. This instability shows us that success brought defeat to the Left, who can only survive when they have someone else to target and blame, since they have no direction of their own, only ironic resistance to whatever force is in power at the time.

The self-consumption of Leftism announces the visible signs of its impending death. Already more and more people are beginning to see the tyrannical behavior of the “party of tolerance”; it suffers not even its adherents to so much as deviate the smallest iota from the Sacred Liberal Dogma. In this age of absolute politics, total and utter humiliation and annihilation must smite the defeated side (and those who don’t condemn it hard enough) as Francis Parker Yockey announced in his prescient work Imperium.

How do we fight an idea? Well, with another idea of course. This is another famous sentence uttered by Roman Tribune Missala in the movie Ben Hur (with the monumental Charlton Heston, not the effeminate remake). And this other idea does not even have to be “new.” Traditionalism eschews the tired and failed paradigm of the twin parties and its silly palette of two-dimensional issues proper to each side: Gun control/Gun rights, Free Speech/Political Correctness, Pro-Life/Pro-Choice, Environmentalism/Fossil Fuels, Sexual Liberation/Traditional Marriage, Multiculturalism/Assimilation, Open Borders/Legal immigration, etc…

Mainstream conservatism failed to understand eternal truths in their essence and fixated on their outer husk, Pharisee-style, without retaining an idea of how to make them live and evolve, and Leftism thoroughly bombed every bridge linking it to the past, condemning itself to repeat avoidable mistakes. Traditionalism is at both ends of the spectrum: firmly anchored in, and aware of, the present, but reaching towards both past and future, towards left and right, seeing through the filter of hard reality and the causality laws which govern the universe.

Its movement is tranquil, thoughtful, and strong, like Tolkien’s mighty and ageless Ents. It takes what works and throws away that which is flawed, then perfects what works and improves it further. It is not afraid of ancient tradition, remembering it well, and at the same time it embraces the future with equal interest.

Its curiosity has no ideological bounds. It realizes that reason is but one of the many keys to decipher the world. It is not afraid nor distrustful of religious sentiment, the metaphysical realm and what liberalism calls “irrational.” Traditionalism embraces the world and reality in all their dimensions, it recognizes hierarchy and the fact that humanity outside nature is bound to die. It sees through the sterile, boring, utilitarian and materialistic discourse of modernity and reminds us of the power of mythology (metaphorical and motivational) and its capacity to give us wings and to strive upwards, not forward.

You can visualize traditionalism by using a three-dimensional variant on the political axis test. On the X-axis is realism, running from basic conservatism through royalism. On the Y-axis is individualism, spanning from anarchism through Communism. Stretching through the middle, unseen by those who chose in advance to see only the X and Y axes, is the Z-axis, but it does not vary at all, and instead is consistent along its length.

Traditionalism nourishes the spirit, whereas modernity has forsaken it, not recognizing its existence, too busy focusing on the material and the “scientifically measurable”. Modernity, the neurotic daughter of Liberalism, has left a terrible trail of misery in its wake. It left a world devoid of spirit, song, humor, and purpose. It focused strictly on what the five senses could feel and made the individual the center of the universe, and by enthroning the individual above all else, it achieved the opposite, and ended up enslaving that individual in the service of an economical and industrial beast, dedicated to an impossible target: continuous material growth within a finite world.

Traditionalism puts back the individual in its place in the cosmic hierarchy, as part of a greater whole, which must be preserved and respected. Clear reality, free from the shackles of political baggage and outdated social/economical imperatives, is the only requisite to a traditionalist mindset, the mindset that will replace the dead Liberal/Leftist mindset, ushering the paradigm of the Eternal and an age of new beginnings.