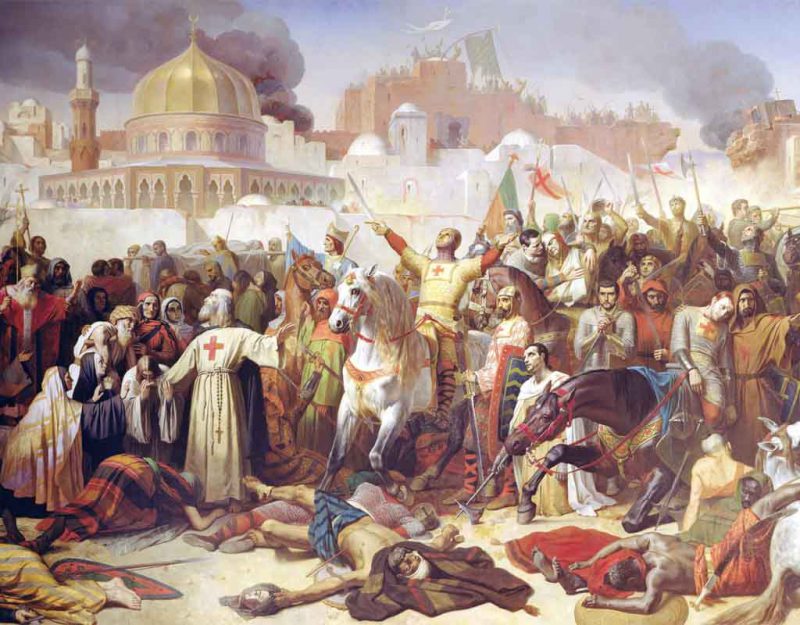 They saw him coming over the hills, covered in dust, swatting at the flies on his heels. His blue eyes took in the town of a few thousand and all around it, devoid of expression except a wary, optimistic, and intense study.

No one paid much attention, since Clearcreek had been a do-nothing town for generations at that point. The great boom in growing leeks had ended, and with it, the local economy had gone into a death spiral where now most people owned little and expected nothing.

In the school, where most students dozed through the warm lazy afternoon, the teacher was reading an article about the ancient history of humanity:

A growing body of evidence is convincing archaeologists that the Yamnaya society ruthlessly massacred opposing societies.

DNA evidence from several prehistoric burial sites has revealed hoards of these tall, muscular and violent warriors would overwhelm other societies on horseback.

They would murder men and sire their own children so that within a few generations the presence of the previous societies is all but eradicated.

He grimaced. To a sensitive and social person like himself, such things were unthinkable. He just could not do them, nor tolerate them. He looked up to see the stranger passing through the fringes of town, then returned to his article:

Various pieces of evidence from the archaeological record, DNA and isotope analysis and even pollen from ancient sites has found the centuries before the dominance of the Yamnaya people to be a time of great suffering.

Vast mega-settlements of the previous era had been razed to the ground after becoming a festering pit for disease and poverty.

It sounded like Clearcreek, a little bit, he thought, looking out the students there. He could teach them anything and it would not matter. None cared; they knew they were destined for farmhand labor, and if anyone rose above the norm, they would beat him viciously until he fell back in line.

He thought of little Ronald Humbert, who had grown slowly but would eventually muscle up and thin out, he thought. Humbert had given a nearly perfect book report that showed real thought, only to run into a wall of angry fists outside the class.

These days, Ronald barely handed anything in. His parents fretted but did nothing; they had a good farm, but no money, since no matter what you grew out here, there was no way to get it to the markets in the larger towns that would reward production.

The stranger walked into City Hall. “I’m Will Denton,” he said. “Looking for a job.” He slapped down some papers which turned out to impress the mayor, so Denton ended up taking up residence in an office on the second floor of the only stone building in town.

His first act baffled everyone: he dug out an electric stapler from the basement, spent an afternoon cleaning it, oiling it, and calibrating it, and bolted it to the edge of a table in the shared area. He used it to bind studies that he sent away, seeking grants.

Marcia Neil walked the floors, secure in her power, reminding everyone of their roles. “You have to file an inclusion report,” she told Denton, handing him the form. He looked at it and nodded.

Neil waddled back to her desk, interested that she had provoked no reaction. Over the next several weeks, she would try to goad Denton into responding, only to get that same wide-set clear-eyed gaze, taking everything in and giving nothing away.

Apparently Denton worked miracles because the city budget logjam ended and projects began rolling again, although fewer than people hoped. The mayor settled back into his routine of going to the two fancy restaurants in town with his business contacts and donors.

Following his success, Denton expanded his power. He recruited Shana Humbert, mother of Ronald, to accompany him on expeditions to visit every part of the town, every employee, and apparently, every citizen. Entries went into files and lists.

In his spare time, he wandered the countryside with his rifle, claiming to be hunting squirrel but mostly enjoying the walk through the striking surrounding countryside and its lush forests and windswept prairies.

Eventually Denton hit a wall at work. The mayor would simply not cut certain programs that were widely popular despite being, as even he acknowledged, ineffective. Denton went back to research and the pursuit of loans for the town by sending letters afar with large studies.

Everyone had accepted him at that point, and even the sudden percussive thwack! of the electric stapler. No one took second notice of Denton; in their view, he was just another beaten-down person, a humble and neutered employee.

Then one Wednesday, Neil came back to the office after a long lunch. She flinched as she heard the electric stapler whack yet another wad of thick, inscrutable paper. Then Denton walked into her office at full speed, and she had time to register a long metal tube with a circle of bright flamelight at the end.

The two .22 rounds entered her eyes and ricocheted around her skull, liquefying her brain. Neil vomited, then erupted blood from her erased eyes, defecating as she emitted a death gurgle as animal death obliterated her mind.

Denton went on to another office. The Ruger Mark IV pistol with a modified barrel and a homemade suppressor made a sound indistinguishbable from the thwump-click-whack of the electric stapler. He followed his list and applied an active eugenics plan, removing everyone he knew to be an idiot, grifter, incompetent, parasite, or to have mental, physical, or sexual problems, since those were the best selection index for deleterious mutations.

He did the same over the course of the next three days, going around town with his lists and ringing doorbells, shooting men, women, and children of inferior abilities or dubious genetics. He wrapped the bodies in a rug and then dumped them in the delivery truck he had commandeered — its previous owners would no longer need it — finally shoveling them into one of the old mine shafts by the freeway. Soon a foul stench wafted from the hole, so he poured a whole bag of lye and one of lime down into the abyss.

The population of Clearcreek fell from nearly two thousand to fifteen hundred, then to eight hundred. The mayor, a good but lazy man, watched his budget balance itself. With fewer people, fewer jobs were needed, and more could concentrate on their farms.

Since the remaining people were generally competent, the welfare and social services programs collapsed and many jobs became unnecessary, not that those who once had them had survived. Social problems like crime and homelessness hit zero.

Behavior stabilized. People no longer did the unnecessary, which made them both more fit according to Christian morality, and less inclined to participate in nonsense like consumerism, politics, and entertainment. A sedate and unnerving normalcy descended.

Centuries later people still wrote of the bright-eyed people of Clearcreek and how when the famines hit, the raiders would swoop in on horses, exterminating the inferior as they prayed and dialed police, leaving vast dumps of bodies and smarter, nicer people in their wake.

It’s Not Just the GOP: Introduction to the Grifter Right | Makhia Bryant, Berserker