It’s Not Just the GOP: Introduction to the Grifter Right 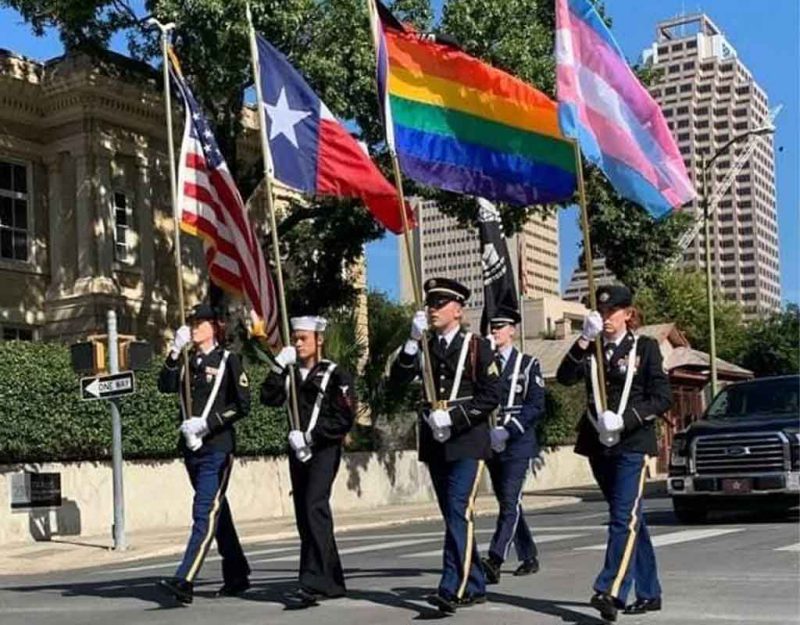 The phrase “grifter Right” keeps coming up to mean people that are more interested in selling you books, videos, ads, and tax increases than doing anything roughly Right-wing. These come from an interesting group, in that they are the winners of this era.

We The People forget that first and foremost, being a politician is a career and a job. That means that winners want to succeed at this job, which means advancing a few token projects that will make a name for the politician, while not rocking the boat on everything else.

I believe these people honestly have the best interests of our country at heart. However, they also have their best interests at heart, and when these dual loyalties collide, they do what any of us would do and opt for self-preservation.

In this way, government always races to the lowest common denominator. Even with good people involved, it will filter out the risk-takers and long-term visionaries and replace them with “bean counters,” or egghead conformists who do what is rewarded right now and do not rock the boat.

So far, nothing that I have said will be shocking, so let’s go straight to the scary part: this is also true of those who are not involved in government.

Could it be that We The People are our worst enemy? Of course: look at the results that we have achieved over the past two centuries.

Look honestly at the process. We The People is a market for lies. All but a few of them know nothing about economics, politics, law, or history, so they pay attention to “the optics” and this makes them easy to manipulate.

Consider the case of Kristi Noem and the transgender sports bill:

Mrs. Noem has taken a lot of hits in the last two weeks for refusing to sign legislation that would outlaw biological boys playing in girls’ sports.

Mrs. Noem tried to enact a “style and form revision,” normally used only to correct technical language, to make changes to the legislation. But a lot of conservatives regarded those changes as “gutting” the legislation, and the legislature rejected her changes 67-2.

Mrs. Noem has responded with two executive orders — one that says South Dakota students in K-12 must compete against people of their own gender and another that says colleges in the state should adopt the same policy. Thus, her commitment to the legislation can’t be questioned, nor can her commitment to getting this done in a way that doesn’t involve dozens of lawsuits and millions of dollars of claims paid to litigious athletes.

When all that matters is getting popularity points, truth becomes irrelevant and appearance replaces it. Symbolism matters more than function in reality. The voters want politicians to go out there and score hits on the other team, even if these are ineffectual or non-existent in reality.

Like most people, We The People want to feel like we are living the best possible life, and so like drugs and alcohol, optics soothe us by making us feel good about ourselves. We do not care beyond that point; we just want something to make us feel successful.

This shows us one of the many fatal flaws of any system based on voting, which is that people do not “think of as all” like Roky Erikson encouraged back in the day, but look for what flatters their self-image or applies palliative salve to their wounded egos.

That in turn places them in a defensive mode. They do not seek to achieve anything, only to justify and defend their point of view, which makes them naturally competitive with any other belief systems, since those could be replacements or improvements on their own.

In this way, humanity inverts itself from wanting better answers to hating better answers. A human group, given time and autonomy, will naturally come to oppose realism, logic, and long-term thinking simply because it will destabilize them as individuals.

This creates an enduring individualism of the human group, meaning a The Enlightenment™-style preference for a society built around the individual and its desires. Any attempt to find right answers, then, becomes seen as hostile.

An environment of this nature produces a business opportunity: those who sell individualism under different guises, carefully hiding its essence, will be the most popular because they are telling people that it is entirely okay to do nothing.

To do that, they have to invent a scapegoat, a goal so unrealistic that it will never be recognized, and a trigger which will never be reached. That way, people can appear to be moral leaders and still advocate doing nothing.

Consider the prongs of the Grifter Right:

Each one of these has come up with an excuse for you to do nothing while continuing to consume and fund the media that they produce.

The Jesusitarians pump out endless PragerU type material designed to make you feel better about believing in Jesus and doing nothing while your society slides into the abyss. Like the people waiting for the ratpure, these dualists show us the problem with metaphysical dualism, which holds that this world is sort of a waiting room and the real show happens in heaven, so we can pretty much disregard Earth and wait for joyful death so we get to heaven. These people are obviously insane.

The Neo-Nazis seem to have, in various forms, dominating the off-mainstream discourse. It is great to see people realize that the Nazis and Confederates were right about race and culture, but now we have lots of people passing around anti-Semitic memes and waiting for the great race war while doing nothing.

As someone who is part libertarian, mainly because they and only they seem to have a grasp of functional economics, it is tragic to watch these soulless zombies staggering about talking about the Non-Aggression Principle. People are bad; you have to deal with that. We need culture and social order; you refuse to do with that. Lolberts have found a great excuse to do nothing while waiting for the mythic market singularity some day.

I wish we could give the Green Right a pass, but they have been as dominated by Communism as the Lincoln Project or the National Review. They all fixate on climate change, missing out the obvious truth that if we limit human land use, we avoid ecocide.

Humanity screws itself every time by avoiding the “hidden elephant” of necessary but complex tasks, and instead focusing on the simple and irrelevant that is therefore popular. We breeze in, ignore the real, and set up a gift shop to cash in.

This is what the Grifter Right has done on several levels, the problem is not limited to the GOP. It’s not them; it’s us, the audience who are rewarding illusion and punishing realism, that are the problem.

Wandering the Toilet Lands | The Yamnayist