The wrong kind of stimulus 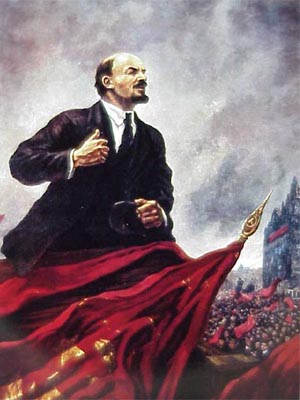 In order to make any change happen in a democracy, you must create a tidal wave of interest toward a simplified, symbolic version of that change.

Right now, Republicans are telling you that Democrats are trying to wreck the country with their “stimulus” package — and stimulus has become a dirty word.

Democrats fire back that their proposal isn’t some stimulus package, it’s a “jobs package,” which sounds a lot better.

What’s the true issue about?

First hint: stimulus packages aren’t all the same, and they aren’t all bad.

At his pen and pad briefing with reporters on Capitol Hill on Tuesday, a journalist asked: “Will Democrats accept — basically Leader Cantor told us yesterday he doesn’t, he and House Republicans can’t accept most of the stimulus spending, so he’s more looking at reforms in the tax packages that the president has proposed. Do you think that if at the end of the day that is what Congress can pass, is that acceptable to you and to the House Democrats?”

Hoyer said, “no,” adding that â€œthe fact is that Republicans continue to focus on their tax [cut] proposals; I donâ€™t think theyâ€™ve changed since 1981, when I came to Congress.â€ – CNS

Second hint: both sides are offering you a stimulus package. The Democratic one works by taking in more taxes, and then spending it on citizens; the Republican one works by cutting taxes.

Both dump money into the economy. So what’s the difference?

Republican packages cut taxes for the middle class and above, and the corporations in the fastest-growing areas of our economy.

In other words, the Democratic plan is “wealth redistribution,” as all leftist plans — on topics as diverse as global warming, education and finance reform — tend to be.

The Republican plan is a typical conservative idea, which is “trickle down” economics, or dumping money into the sectors of the economy who are most likely to spend it in constructive ways.

And in a first for Amerika.org, a Biblical allusionTM:

For the kingdom of heaven is as a man travelling into a far country, who called his own servants, and delivered unto them his goods.

And unto one he gave five talents, to another two, and to another one; to every man according to his several ability; and straightway took his journey.

Then he that had received the five talents went and traded with the same, and made them other five talents.

And likewise he that had received two, he also gained other two.

But he that had received one went and digged in the earth, and hid his lord’s money.

After a long time the lord of those servants cometh, and reckoneth with them.

His lord said unto him, Well done, thou good and faithful servant: thou hast been faithful over a few things, I will make thee ruler over many things: enter thou into the joy of thy lord.

He also that had received two talents came and said, Lord, thou deliveredst unto me two talents: behold, I have gained two other talents beside them.

His lord said unto him, Well done, good and faithful servant; thou hast been faithful over a few things, I will make thee ruler over many things: enter thou into the joy of thy lord.

And I was afraid, and went and hid thy talent in the earth: lo, there thou hast that is thine.

His lord answered and said unto him, Thou wicked and slothful servant, thou knewest that I reap where I sowed not, and gather where I have not strawed:

Thou oughtest therefore to have put my money to the exchangers, and then at my coming I should have received mine own with usury.

Take therefore the talent from him, and give it unto him which hath ten talents.

For unto every one that hath shall be given, and he shall have abundance: but from him that hath not shall be taken away even that which he hath.

And cast ye the unprofitable servant into outer darkness: there shall be weeping and gnashing of teeth. – Bible Gateway

I picked the Bible because it’s an ancient book, and I like this parable. What’s going on here?

A man tells his servants to do something useful with the equal amounts of money he gave them. Some were able to make more money, where others had no such ability.

The metaphysical point mirrors the practical point: some are more able than others and if we give them resources, they make more for all of us.

The Republican plan is to give more money to the servants (of the public, we hope) who are able to make more money.

The Democratic plan is to hand out the money so that it goes directly into a dead-end financial trail. It doesn’t make more money. It makes grocery stores, liquor stores, check cashing places, convenience stores and creditors happy, but it doesn’t spread the wealth to the rest of us. And after sixty years of this crazy policy, we have more people than ever before.

Economic growth and job creation are top priorities for all American families as the unemployment rate hovers above 9 percent nationwide. When one considers that that figure jumps more than 16 percent for black communitiesâ€”not to mention more than 40 percent for young black men in many communitiesâ€”it becomes painfully clear that job creation is not enough.

We need to spur job creation and fight employment discrimination at the same time.

Fortunately, the President understands, and offered the sort of “both/and” plan we need more of in America.

The President recognized that some parts of the country have been disproportionately impacted by the unemployment crisis â€“ and that those areas should receive special consideration for tax incentives and stimulus funding. This means that hard-hit urban areas like Detroit and Cleveland, along with countless rural communities from coast to coast, will receive the assistance they need. – NAACP

If you had five billion dollars, and you handed it out to large corporations and the upper middle class, what would happen?

They’d spend it on salaries, distribute it as stock dividends, inventing new technologies, enhancing existing equipment, or buying business-to-business goods that help them make more money. That five billion could end up being fifteen billion.

If you hand out five billion dollars to the poor, what happens? Well… the creditors get paid for a month or two, and there are a few extra parties, but not much else.

This is like evolution in reverse. Forget saying that conservatives oppose evolution; liberals oppose evolution. They deny the theory, except on paper, that nature made better things by throwing more resources at the best it had so far.

If you wonder why the left is always bringing out highly symbolic issues like race, poverty, gender bias, sexism, etc., wonder no more — these are justifications for their desire for wealth redistribution.

Obama and the Democratic party no more care about poor black people than they do stray cats. They just want an issue to rally all the angry people around, and to give them someone else to blame for their own problems, then hand out pitchforks and seize power!

Funny, that’s just how the French and Russian revolutions happened.

Self destruction | A permanent obsession