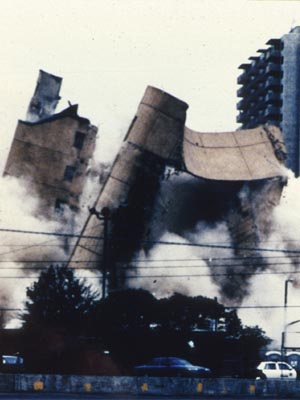 Giving someone “freedom” is a great way to tell them you don’t care about what happens to them.

Look, do whatever you want, OK? I don’t want to be at fault. It’s not my responsibility. Maybe I did learn a few things over the years, but you’ll figure it out (at your own cost).

It’s a subtle kind of sabotage: if you challenge me, I’ll tell you to go do whatever you want, knowing that most of the consequences will be bad.

By the time you figure out what has happened, I’ll be long gone.

This is approximately what the Baby Boomers did to us with “sexual freedom.” I’ll be Frank (Hi, Frank): we don’t need freedom in any capacity; what we need is a lack of impediments to doing what we need to do.

We don’t need sexual freedom either. We’d be happiest if we were all virgins until we met our desired partners, married and lived happily ever after.

But we’re part monkey, and the monkey-brain cannot resist low-hanging fruit. Lifelong happiness? Why would I want that, when I can get laid right now?

It’s parallel to what keeps most people poor, or at least poorer than they would be with some sensible financial management: why invest in the future, when I can have an iPhone/booze/crack/prostitute/Mercedes today?

In fact, the French Revolution of 1789 was an endorsement of such thinking. Don’t prove yourself; you’re already equal! All you have to do is help us kill these aristocrats, their children and their little dogs.

The idea behind “freedom” is that you do whatever you want, and the rest of us pay for the consequences.

That rest of us includes your children.

Natalee Holloway had just graduated from high school in the Birmingham suburb of Mountain Brook when she disappeared on a celebratory trip with classmates to Aruba. Her parents are divorced, and her mother, Beth Holloway, said she was unaware that her ex-husband had gone to court to seek a formal death declaration.

“I only learned about this when I was handed the citation by a process server while addressing a large audience at a conference in Georgia,” Holloway said in a statement issued through her Natalee Holloway Resource Center, which aids families of missing persons. “I don’t know what this is about, or why Dave is taking this action at this time.” – CNN

While other bloggers would call for the rape and murder of Beth Holloway, and I am sympathetic to the emotions behind those demands, I have a simpler request:

Let justice be served — convict her of her daughter’s murder.

This crazy woman ran around indulging her own drama, reveling in her failed marriage, and probably convinced her daughter that a strong independent woman needed to seek sex wherever she wanted it, on her terms.

Those are such nice words. Such pleasant thoughts — so incompatible with any reality. Not even in a fancy pants neighborhood do you want to behave that way. It’s mathematically illogical. You create opportunity and it will be filled, by someone.

Young women who get drunk and wander off with recent acquaintances, with the implicit assumption that sexual activity is going to occur, should not complain when they get raped. They asked for it, in the same way some guy who goes into the ghetto and flashes around a Rolex shouldn’t be too surprised when he gets jacked.

On paper, in the wonderful world of rights and freedoms, of course they should be able to behave this way. Freedom means you can do anything.

But it’s a laboratory definition, existing only in a moment. In the real world, there are moments before the act of freedom, and moments after (we sometimes call these “consequences”). You aren’t an anonymous virtual person who exists for ten minutes in an experiment.

You’re a part of the world, grounded in it and subject to its laws. That includes the obvious: if you make yourself a victim, someone will pluck that low-hanging fruit.

This country is overflowing with young women who, drugged on the dogma of freedom and feminism that says you should be able to do illogical things for temporary pleasures and yet not face any consequences, went off in the dark with men who then gleefully raped them, knowing the case would never come to trial.

And thinking practically, those cases never should come to trial. The line between consensual sex and rape is worn thin to the point of a single word at a crucial time, during an activity whose outcome is predictable most of the time. It makes no sense.

TV meteorologist admitted Wednesday she’d made up claims of being repeatedly attacked by a stranger on the city streets, allegations that sparked an extensive investigation before police said she told them she’d invented the story to get attention.

Heidi Jones, who has worked for stations in New York and Texas and filled in on ABC’s “Good Morning America,” pleaded guilty to misdemeanor false-reporting charges.

Her plea deal calls for three years’ probation, continuing psychiatric counseling and 350 hours of community service — the amount of time police spent looking into her phony claims, prosecutors said. Jones is due to be sentenced Oct. 26. – CBS

In this case, a gainfully employed woman goes mad from loneliness, or maybe she was always crazy, and so she acted out to get attention.

Cynical observers would say that this is why women and children were treated as a contiguous group in more sensible years past. I say instead we should look to the nature of sexual freedom. It makes loneliness.

You can have all the penis you can get, but none of it is going to stick around. Just like with “freedom,” there is no proving of the self. Equal means you get given things and take them for granted.

“Freedom” implies that you can do anything, when really what you want is the ability to act in the range of things that are sensible, meaning they achieve the result you want.

While it’s not popular to be the fuddy duddy and say casual sex is a stupid idea, I’ll say it: casual sex provides temporary pleasure in exchange for having actual pleasure all life long.

It’s no wonder our women are so self-destructive now.

House of cards | The wrong kind of stimulus