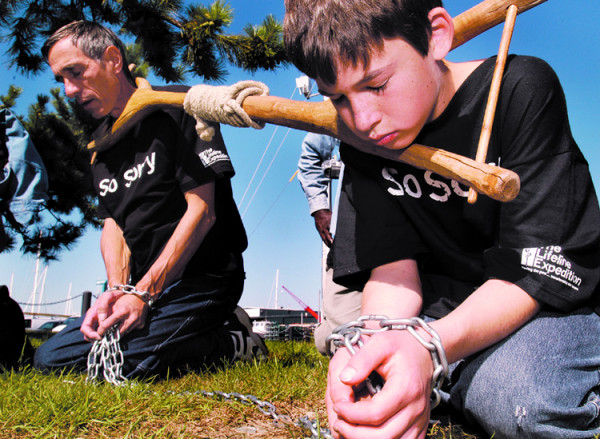 If you love something, you want it to be strong. Nothing gets strong by taking the easier path. Health and strength come from testing ourselves against the world. These concepts are unpopular because most people would rather make themselves “strong” by wishing it or talking about it. To them, strength consists of not losing face in public by noticing their own victimization. They ignore the fact that stagnation is death and inertia is stagnation.

Over the holidays, I was visited by some loose acquaintances: a pair of young women. They mentioned casually that on their way over, they had been robbed by a person of another race. He walked up to them and took their earrings right off their ears.

As this was happening a bystander asked, “What are you doing?”

The two young women then resumed walking, congratulating themselves on not provoking violence. The earrings only cost money after all and there is a lot of that to go around. The cops would do nothing because they have backlogs of murder, assault, rape and pedophilia to contend with. Just a few hundred dollars of gold and silver? Forget it. Shrug it off, “be the bigger person,” and pretend it did not happen.

I saw that the principle of the thing was larger than the value of the earrings. I got fired up to go find the robber and beat him into a coma. This shocked them. With plastic smiles, they said in unison, “Oh, it’s not a big deal.” They refused to give me any information about the perpetrator or where the event happened. They seemed shocked and embarrassed that their victimization was on display, because to be recognized as a victim made them feel weak.

And yet they had been victimized, threatened and subjugated. They congratulated themselves on “only” being robbed. They had found a peaceful way to resolve the situation, and justified it later as an act of altruism. He may have needed the money, being poor or marginalized. I found this unbelievable. Did they not know that what we tolerate, we get more of? And that even small events, if allowed to continue unchallenged, lead to more of the same and even escalation as the criminals realize they will never face justice?

Today, earrings. Tomorrow, rape. The day after that, open pits filled with bodies. I cannot blame the robber at that point, since any creature which refuses to defend itself might as well be dead. In fact, it is the walking dead. Had these two young ladies even called out to the bystanders or screamed at the thief, they might have escaped both unharmed and un-victimized. But they did not want to make a scene or take the risk.

It is this kind of thinking that endorses victimization. It says to a potential criminal that crime is OK because the victims will not object. This provokes in most criminals a cruelty as we all have for any useless thing, and a form of disgust based in their utter lack of vitality. Victims make themselves victims from lack of energy, gumption or clarity to resist. They are signaling that they are exhausted, depleted, and lacking the will to go on. Predators carry off the old and sick in nature; why do we think this changes in our concrete jungles?

After I continued to ask them for more information, they clammed up and the wife of my friend who was hosting the gathering ardently demanded that I leave. She spat obscenities at me with the fire of one who has been mistreated, as if she were a victim of my noticing. Being unwilling to cause a friend injury, I departed, smarting from the sheer insanity of it all.

This situation or ones like it repeat as if a wallpaper print across America and Europe. People can choose to tolerate nonsense in their own homes much like people on the internet police forums for dissent. “Keeping the peace” becomes an excuse for avoiding uncomfortable aspects of reality, which only grow stronger the more they are denied. But the individual wishes to compliment himself or herself, so they pretend it did not happen and instead engage in face-saving rationalization like bragging about how easily they will buy more jewelry, and claiming their victimhood as altruism.

I realized in that moment why most white people are already dead. They are the walking dead, killed by exhaustion. Their lack of vitality causes them to look away, to effectively consent to victimization, and to make themselves perpetual victims. As long as they can keep sliding that credit card and buying off those who bully them, they bend over and take it.

It hit me how trained most whites are. Domesticated by the control and obligations of modern life, they have become docile as a result of a deep-seated Stockholm syndrome. They enjoy being victimized because they think they earn points in heaven or among fellow liberals for it, and because it gives them something to talk about and a reason to slide that credit card for more material junk. It is as if Jesus and Marx together agreed that reward goes to those who suffer for being white rather than for suffering in his name.

Everyone but my wife and my neighbor friend actually got mad at me for pointing out that being physically robbed is actually worth anger and ill will. To my mind, if we tolerate victimization we will get nothing but more of it, and at some point the credit card will not be able to fix the damage. We will have in fact encouraged the stakes to rise by not opposing the behavior when it is small. The more we take on our role as guilty victims who have too much money, the more others will see us as sheep for the slaughter.

The dead white race only presents the temporary illusion of survival because its corpse is still warm. It lives on the positive inertia of past with a millennium of social order, technology and learning behind it. The white trashionalists who talk glowingly of “the sleeping giant” apparently have not noticed that the giant is not even breathing anymore. That’s not sleep, that’s a dirt nap. The white race has abolished itself.